Three points off sixth: Saka & Smith Rowe have given Arsenal their swagger back
Match

Three points off sixth: Saka & Smith Rowe have given Arsenal their swagger back 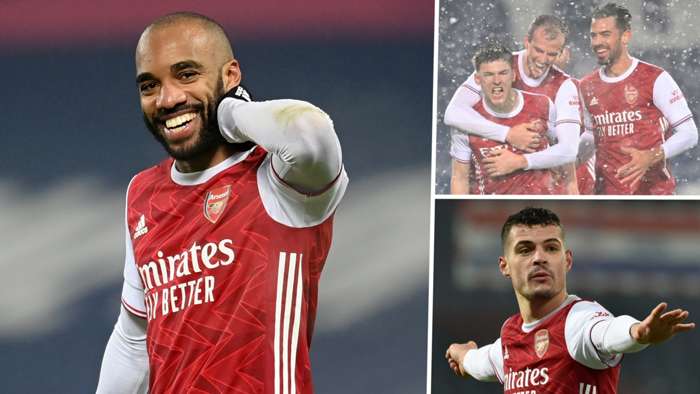 What a difference a little bit of confidence makes!

It’s been a long time coming but Arteta has come up with a system that works and Arsenal’s academy stars are at the heart of it.

The Gunners already knew they had one special talent in Bukayo Saka, but you can now add Emile Smith Rowe to that list.

Just as he has been since the moment he was brought into the side against Chelsea, Smith Rowe was exceptional against the Baggies, picking up two assists and adding even more weight to the argument that Arsenal needn’t bother looking at the likes of Isco during the January transfer window.

A lack of creativity has been an issue since the start of the campaign, something that had been reflected by Arsenal’s meagre goal tally in the Premier League up until their clash with Chelsea on Boxing Day.

But in the three league matches since Smith Rowe has been brought into the side at No.10, the Gunners have scored eight times – that’s as many as they had in their previous 13 leading up to the Chelsea game.

His introduction, combined with the brilliance of Saka and the excellent form of Alexandre Lacazette – whose double against West Brom has taken his tally to five in his last four games – has turned Arsenal’s season on its head.

The defeat at Everton on December 19 plunged Arsenal into a full-blown crisis. They were 15th in the table, had suffered their worst start to the season since 1974 and were just four points above the relegation zone.

But two weeks and three wins later, they now sit 11th. They are just three points off Chelsea and six points off the top four. A season that was in danger of complete collapse now looks full of opportunity.

Arteta’s side are playing with a swagger, energised by the likes of Saka and Smith Rowe, and never has that been more apparent than in the two goals they scored in the first half against West Brom.

The first was a fabulous solo goal by Kieran Tierney and the second was scored by Saka, but came at the end of a team move involving more than 20 passes and had Smith Rowe at the heart of it.

It was a goal of the type we’ve seen time and time again by Arsenal over the years, but one that has been sorely lacking during the early struggles of this season.

But the weight that Arteta’s players seemed to have been carrying around their shoulders in the weeks leading up to Christmas seems to have been lifted.

Whereas before it was safety first, now it is pass and move. The fact this has all been achieved despite the absence of Thomas Partey and in the midst of a Pierre-Emerick Aubameyang slump makes it all the more impressive.

Partey’s imminent return will only add to the momentum Arteta’s side have picked up and the form of Lacazette, who scored twice after the interval at the Hawthorns to add to the first-half strikes from Tierney and Saka, has ensured Aubameyang’s dip has not proved costly.

Lacazette’s Arsenal’s career had looked in danger of fizzling out a couple of months ago, but now he is the club’s top scorer with nine goals and looking a player reborn, energised by the youthful runners he now has around him.

There were some dark times at Arsenal during the latter stages of 2020, but 2021 has started on a high.