Life after Lionel Messi does not need to begin now for Barcelona, says presidential candidate Font 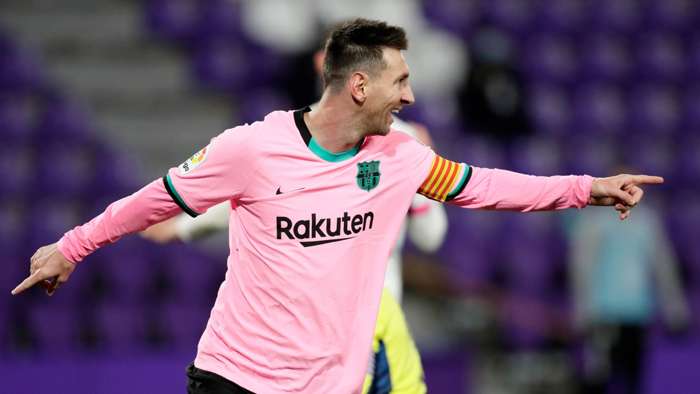 Barcelona's new era without Lionel Messi does not need to begin immediately but a clear plan must be laid out for life after the Argentine great, says presidential candidate Victor Font.

But the 33-year-old was part of a well-documented transfer saga in the close season, in part due to a fractious relationship with departing president Josep Maria Bartomeu. And although a move away eventually did not materialise, speculation continues to link Messi with an exit when his contract expires in June.

Asked by AS the objectives for life after Messi, Font replied: "Maintain the ownership model and keep winning titles. "That is, to be competitive by having the club owned by the members when this winning generation no longer exists."

But Font did not agree with the suggestion that now is already the time to usher in a new dawn without Messi.

"When we were talking about Barca post-Messi, surely the best way to define it is Barca post-unique generation of footballers. And that does not happen from one day to the next.

"There were Xavi, Andres Iniesta, Carles Puyol, Gerard Pique, Sergio Busquets... and this transition is not from one day to the next, it happens in time.

"That is why it is essential to have a project and be clear about how to do it. This is what Messi told us in August, there is no project here, they are lurching, patches are put on. That was his frustration."

Messi caused quite the stir when, in the aftermath of Barca's humiliating 8-2 defeat to Bayern Munich in last season's Champions League, he revealed his desire to move on.

Another recent interview conducted with Messi saw him air his frustrations from that time and did not categorically affirm his commitment beyond this season.

But Font was encouraged by what he heard, adding: "I took it positively, because it is consistent with what we have explained.

"In the short term, it confirms that if there is a high-level sports project, it can continue. And another, that he openly expresses the desire to make what is so strategic for us a reality. And that the Messi-Barca alliance becomes long in time."

Barca's financial situation has been under scrutiny given the impact of the coronavirus pandemic. Font did not specifically say Messi would have to take a pay cut if he stays at Barca, but said some high earners will have to be sold on and other contracts renegotiated to help their money issues.

"We know that the economic situation is very critical and that is why a shock plan has been prepared as part of the government plan that includes both refinancing the short-term debt, because there is no money to pay, and restructuring expenses and the wage bill," he said.

"In other words, next year we will not have enough income to pay the current staff. You have to change, renew templates. We will have to sell players with high salaries, bring in players who charge less, renegotiate contracts. It is part of this 100-day government plan."

As part of his plan, Font outlined his desire to bring in club great Xavi as general manager and Jordi Cruyff as director of sport. With Xavi, Font said the aim must be to avoid a situation like with Pep Guardiola, who eventually sought challenges away from Camp Nou.

"We believe that, in the case of Xavi, Barca has a unique asset. A person who has a talent, unique abilities," he said.

"We have to create the conditions to prevent us from having another Pep Guardiola case with Xavi, who trains, empties, and leaves because he wants to continue being a coach elsewhere.