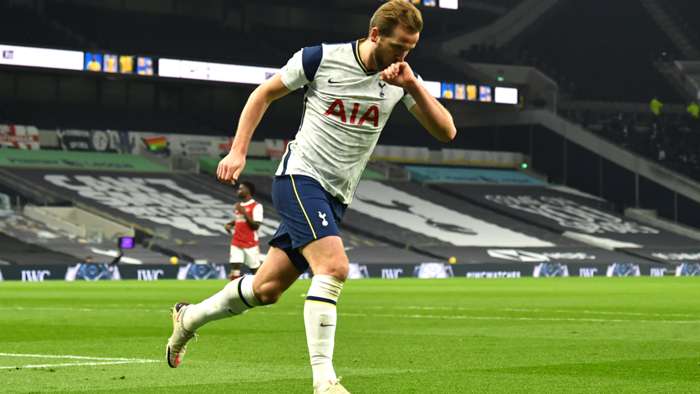 He netted from the spot to fire Spurs in front and crafted a goal for Son Heung-min with a brilliant pass from the right.

As well as the goal and assist, Kane was a thorn in the side of the Leeds defence all game - as his movement and hold-up play were out of the top drawer.

Former Manchester United defender Ferdinand was hugely impressed, saying the performance against Leeds reminded him of a peak-era Rooney.

"The guys (Kane and Son) have got that relationship,” Ferdinand told BT Sport . “Yes, it has been worked on, but they obviously enjoy playing with each other. They complement each other.

"What Son said was interesting. ‘When Harry turns and gets on the ball, I move. He knows where I am.’

“He reminds me more and more of Wayne Rooney. Rooney used to drop into pockets, the number 10 role, he could play high up. He could do everything.

“Once he (Rooney) got into areas, he’d search a pass out.He (Kane) is all about creating opportunities to shoot or create a chance for someone else.

“Coming from deep, he has the awareness of knowing where other people are.He creates havoc when he is on the ball.”

Commenting on the assist for Son’s goal, Ferdinand added: “Not many players ona pitch can see that pass, let alone play it.”

Kane took his goal and assist tally to 10 and 11 respectively with his contributions against Leeds, and Ferdinand feels his record compares favourably with Arsenal great Henry.

“The last striker that was doing goals and assists at that rate is Thierry Henry,” Ferdinand said. “He is being talked about in that kind of company.