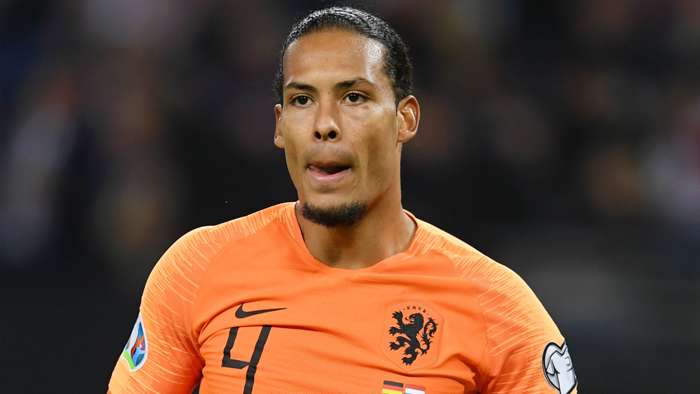 Virgil van Dijk is expected to be ready for European Championship duty this summer, with Netherlands coach Frank de Boer confident the Liverpool defender will recover from a knee injury in time to figure for his country.

Positive progress has been made in his rehabilitation since then, with the decision quickly taken to send him under the knife.

It has been suggested that Van Dijk could miss the rest of the domestic season at Anfield, with Liverpool having to tinker with their plans in Van Dijk’s absence.

The 29-year-old has, however, been posting encouraging updates on social media and training videos have shown Van Dijk stepping up his routine, with Dutch legend Clarence Seedorf joining him for fitness work in Dubai.

Jurgen Klopp has urged caution when it comes to welcoming a talismanic presence back into his squad, but De Boer is feeling more optimistic.

He believes that, as long as no unfortunate setbacks are suffered from this point, the Netherlands should have their captain available for international duty at the rescheduled Euro 2020.

De Boer has told De Telegraaf of Van Dijk: “He is busy with so much energy.

“If you see what he’s doing… In my time you were only allowed to kick in the swimming pool.

“If Virgil doesn’t get a kick back and things go a little faster than expected, he should be able to make it for the opening European Championshipmatch on June 13 against Ukraine.

“He is very important for our team, on and off the field.”

While De Boer sees Van Dijk heading in the right direction, Liverpool manager Klopp has been keen to point out that there is a long way to go before the talented defender is back in competitive action.

He has said: "It's very good but still a long way to go, that's the deal with this kind of injury. I'm happy when I see these videos because it just shows he makes good progress but it will still take a lot of time, that's how it is.