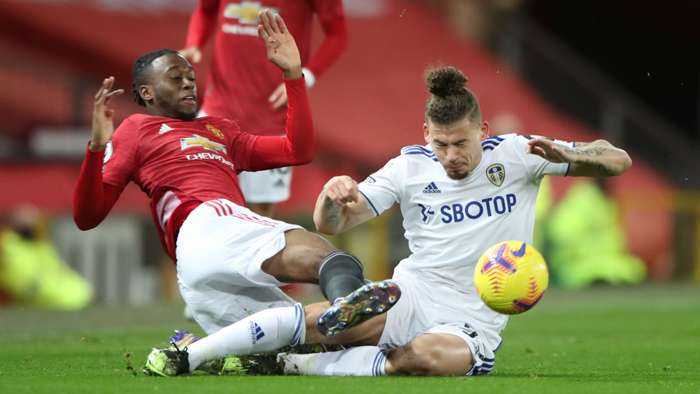 Aaron Wan-Bissaka has aired his surprise at the notable achievements he is posting at Manchester United, with a right-back yet to collect a yellow card this season and bucking the trend when it comes to tough-tackling defenders.

Wan-Bissaka often finds himself coming up against some of the finest creative talent that the English top-flight has to offer, with tricky wingers occupying his area of the field.

Containing that threat and remaining on the good side of referees is never easy, but a £50 million ($63m) asset at Old Trafford is showing that success can be achieved while adhering to the rules.

Speaking to United Review about his spotless disciplinary record, Wan-Bissaka said: “That’s the first time I’ve heard it.But it’s very good to hear, that I have had nobookings against me this season.

“I know you cannotjust dive into any tackle. You’ve got to make sure youtime it right. It is a case of always concentrating andmaking sure you are timing them right as well.”

He added on being the Premier League’s top blocker, with Southampton’s Kyle Walker-Peters second on that list some seven efforts off the pace: “I reckon it’s probably down to there being situations where I’ve needed to tackle but, in that moment, there have been more situations I have had when I have had to block shots and crosses.

“I know there have been times in football where, if you don’t block a shot, it can go in. So the best thing to do is simply to attempt to block every shot and every cross.”

Wan-Bissaka’s ability to extinguish the threat posed by opponents will be tested again on Friday when United take in a home date with Aston Villa – with Jack Grealish cementing his reputation as one of the finest playmakers in the business.

“I know he is always up there with getting the most fouls. We all know he’s a tricky player when he's out there on the pitch,” said Wan-Bissaka.

“He is a great player. He’s unpredictable and can go inside or outside with the ball. I played against him last season and just have to be ready to take it as it comes.