Premier League season was 'wrong' before it even started, says Tottenham manager Mourinho 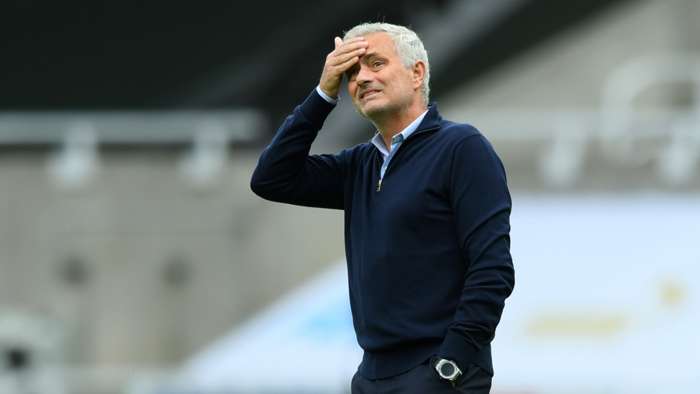 Tottenham head coach Jose Mourinho has claimed that the 2020-21 Premier League season has been “wrong” since before a ball had been kicked, citing unfairness in the fact that both Manchester teams began their campaigns with a game in hand.

Coupled with that, European duties saw Manchester United and Manchester City return late for the already delayed 2020-21 campaign and Mourinho believes that having an additional game to play meant the season was already in disarray before it had even started.

“It's a special season with special circumstances,” the Spurs boss told a press conference on Friday. “We have to say it's going to be fair because if not it's better not to be involved. I believe that even from before the season started, it started immediately in the wrong way. Because to start the season with two clubs having a match in hand, it's immediately a wrong start.

“The season started in September and only in the last week of December we were informed about when these two matches were going to be played. Now it's about many other matches, or a few more. There are lots of things that are not right, but it is what it is, it's what it's possible to have. When you say it's fair or not fair, we have to say it's fair.”

Another of Mourinho's gripes was the fact that his team's recent match against covid-hit Fulham was postponed less than three hours before kick-off, a decision that the Portuguese has labelled “unprofessional” due to the tardy manner in which it was handled having an affect on his players.

“ I don't want to speak too much about it,” he said. “Just to say I felt unprofessional, but that is the way it was. We were preparing ourselves for that match and of course we didn't play and that is disruptive of what is a week of work.

“Not to play and not to train like we would have liked in the days before does not help.”

Turning his attention to the January transfer window, Mourinho admitted that he does not expect any business to be done as teams across the world struggle to make ends meet following the financial instability caused by the pandemic.