'We needed to win' - Koeman relieved as Barcelona see off Elche

Ronald Koeman admitted that Barcelona "needed to win" against Elche as the Spanish giants look to break out from their recent struggles.The win comes in the wake of a 4-1 batter... 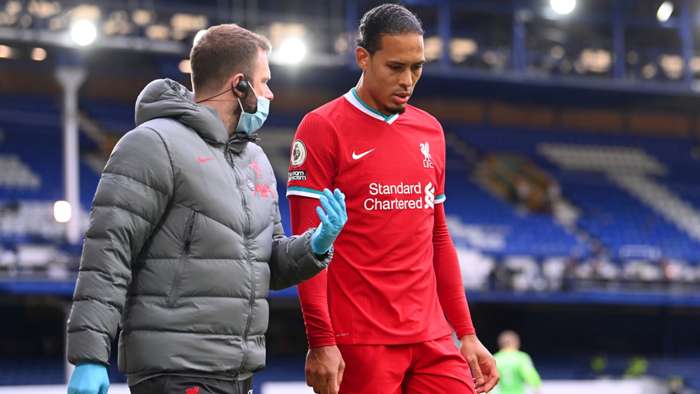 Jurgen Klopp is encouraged by videos of Virgil van Dijk training in the gym but warned the commanding Liverpool centre-back still has a long road to recovery ahead of him.

Van Dijk is likely to miss the rest of the season while his status for the delayed Euro 2020 remains unclear.

This week, Reds fans would have been boosted by the sight of Van Dijk's workouts in Dubai – where Netherlands great Clarence Seedorf dropped in to work with the defender.

Klopp is happy to see the progress being made but also ushered a cautious tone.

"It's very good but still a long way to go that's the deal with this kind of injury. I'm happy when I see these videos because it just shows he makes good progress but it will still take a lot of time that's how it is.

"I'd like to say something else but these are the facts unfortunately."

This week saw two matches called off, Manchester City's clash with Everton and Tottenham's fixture with Fulham, due to coronavirus cases in the City and Fulham camps.

On Tuesday, the Premier League announced 18 positive results for Covid-19 – the highest amount since regular testing began – but there are no plans as yet for a so-called "circuit breaker".

Klopp says he trusts whatever decision is made, adding: "I'm not a specialist, you all know that, we all try to do our best to keep the competition going.

"I think it works well, we knew before that the winter will be a second wave or something however you want to call that.

"On top of that for us in society Christmas is a challenge when it's about self-isolation and stuff like this, so I'm not surprised that the numbers go up.

"That then happens in football as well, the numbers go slightly up - it's understandable but we still all try to do everything to keep the boys as safe as possible.

"I think the competition can go on and I think it's important as well because people want to watch it.