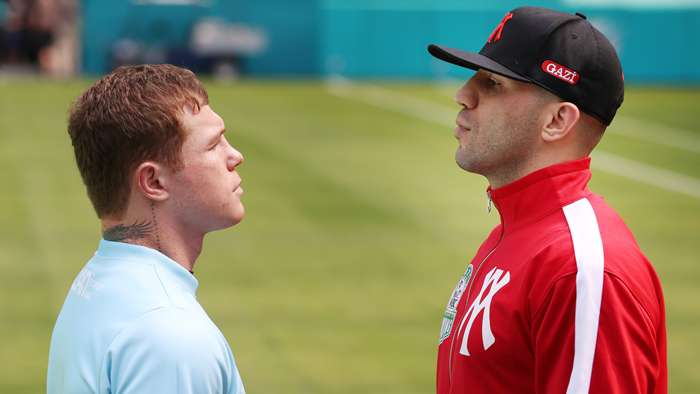 DAZN is offering a free-trial month - register now and watch the preliminary fights andmain fight on February 28at 1:00am (GMT)!

DAZN is a streaming service that has earned the reputation of being the 'Netflix of Sports'since it was launched in August 2016 with more than 8,000 live events per year. In Europe you can receive DAZN in Germany, Austria and Switzerland.

Membership is free for the first month, after the trial month DAZN costs €11.99per month. You can secure an annual subscription for €119.99. Membership can be cancelled on a monthly basis. The streaming portal is operated by the British Perform Group.

DAZN is expanding its range for the 2020-21season. In addition to the top European leagues from Italy and Spain, DAZN also shows games from the Champions League andEuropa League.

For the Europa League, DAZN has secured a comprehensive package of rights and is able to show all 205 games in the competition. You can also see the match highlights at DAZN shortly after the final whistle.