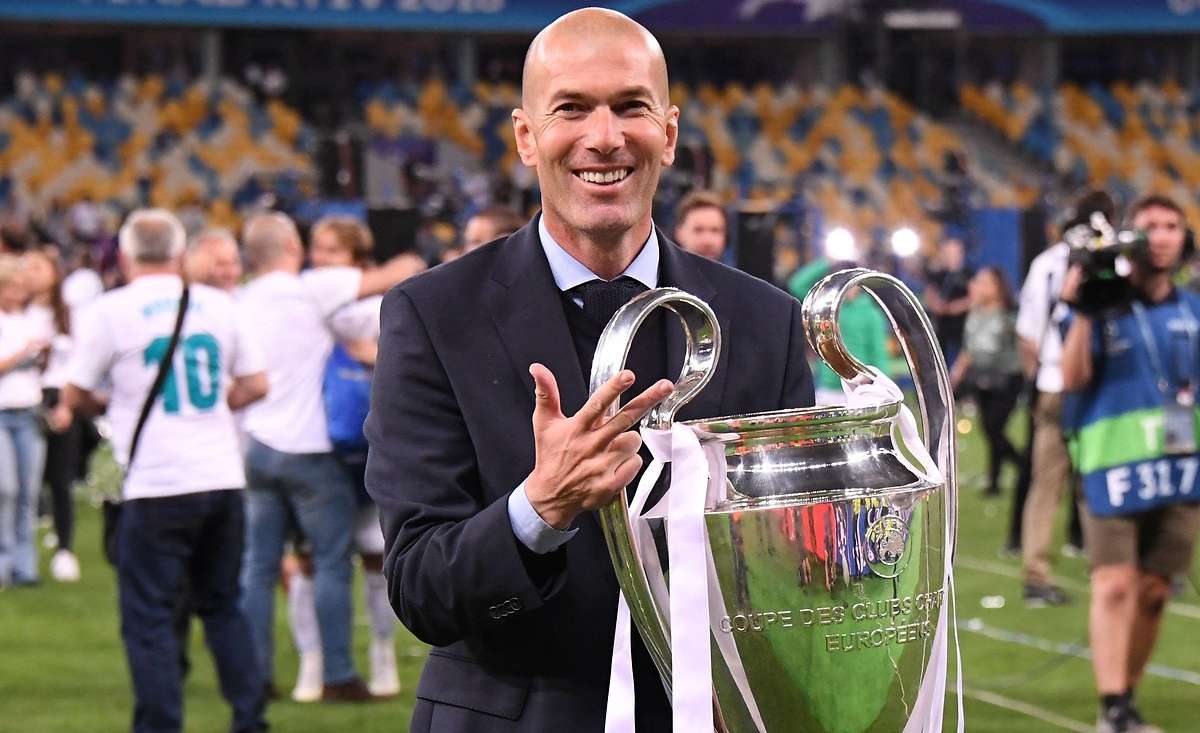 Zinedine ZIdane has no issues with adapting to the new, condensed Champions League format to take place in August, should Real Madrid progress past Manchester City.

Madrid were defeated 2-1 by City at Santiago Bernabeu in the first leg of their last-16 tie in February, before football across Europe was put on hold due to the coronavirus pandemic.

Matches in Europe's top leagues – bar France, with the Ligue 1 season having been cancelled – is now returning, with the Bundesliga having restarted in May and the Premier League, Serie A and La Liga also returning to action this month.

On Wednesday, UEFA officially confirmed the Champions League campaign would be concluded with an eight-team competition to be held in Lisbon in August.

Quarter-final matches will take place from August 12-15, with the semi-finals on August 18 and 19 before the final at Estadio da Luz on August 23. Theoutstanding last-16 fixtures – including Madrid's tie with City – are to be held on August 7-8, though it is yet to be decided where these games will take place.

And Zidane believes the solution proposed by UEFA is the best way to complete this season's competition.

"We are living a special moment and everything will be special," Zidane told a news conference ahead of Madrid's La Liga clash with Valencia.

"We know the format, how it will be, but we still do not know where we will play the return leg against City.

"We will adapt. If it has to be in Lisbon or Manchester, we will play.First we are going to try to progress against City.

"The important thing is to play again and we are happy, but this formula for the Champions does not seem bad to me.

"I like it.It's okay to decide everything in the same place."

Madrid resumed their La Liga campaign with a 3-1 defeat of Eibar on Sunday, though Zidane acknowledged there was plenty of room for improvement.

However, Zidane does not believe Madrid have an issue upping their game against the lesser sides in La Liga.

"We had a game where we started very well, we scored two or three goals in half an hour," he added.

"We foundit difficult afterwards to maintain throughout the game, which is what happened against Eibar.

"This is a very difficult league. I have emotions and I can be a bit upset when things don't go well, but we scored three goals and we played with intensity."