Why aren’t Real Madrid home games at the Santiago Bernabeu in La Liga season restart & where are they playing?

Why aren’t Real Madrid home games at the Santiago Bernabeu in La Liga season restart & where are they playing? 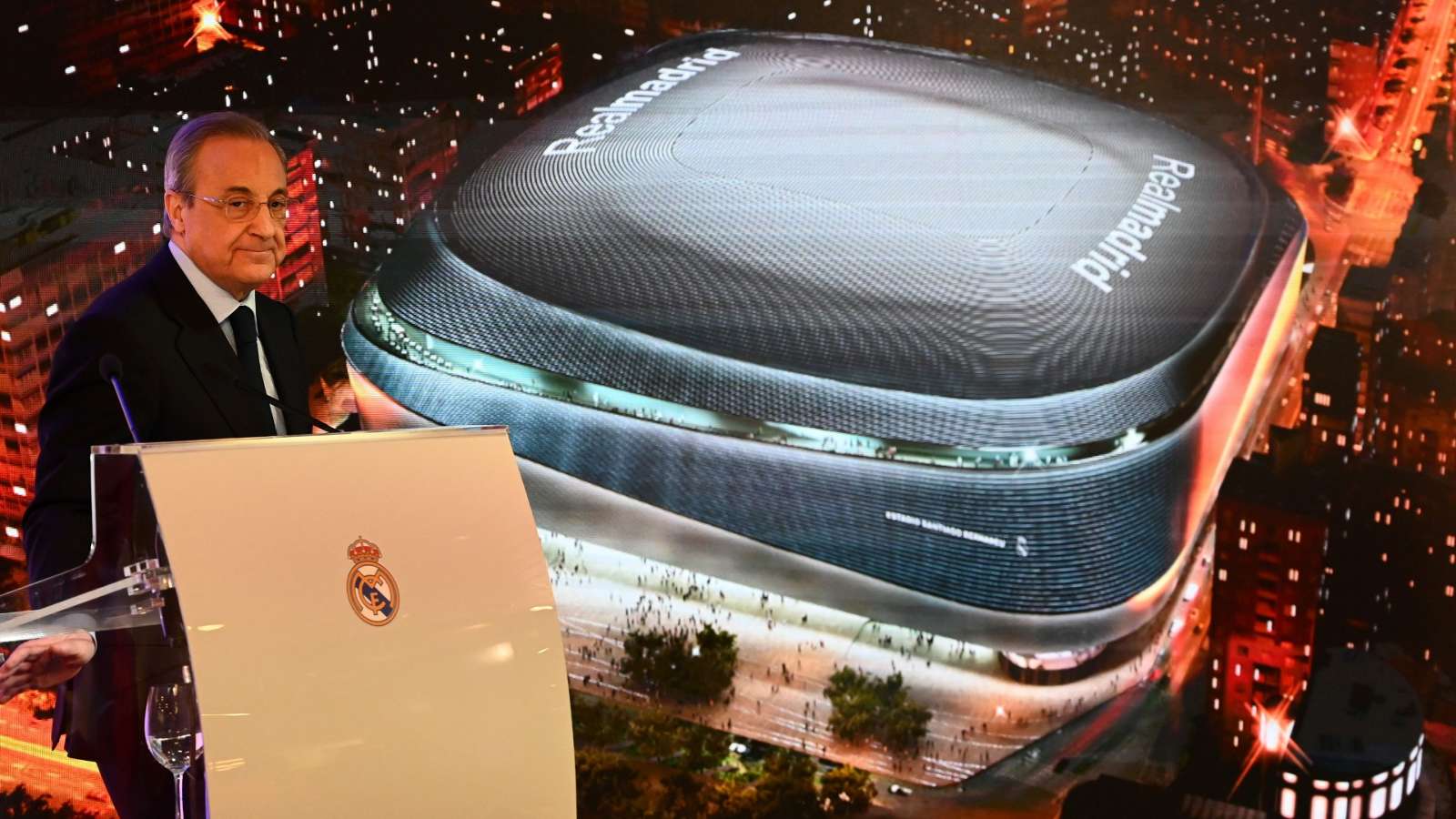 La Liga has made a returnfollowing the three-month hiatus imposed on world football due to the severity of the global coronavirus pandemic.

That means that 2019-20 season is set to be completed and there is a sense of relief among football fans that a semblance of normality has been reinstated.

However, while we will see the familiar sights of Lionel Messi dribbling past opponents or Sergio Ramos finding himself in trouble with referees, there will be one notable difference when action returns.

Real Madrid won't be playing their matches at the famous Santiago Bernabeu stadium, which has been their home since 1947.

So why is that the case? Goal brings you everything you need to know about the development.

Real Madrid are not playing the remainder of their 2019-20 home games at the Santiago Bernabeu because the stadium is undergoing extensive renovations.

Club president Florentino Perez confirmed the news of the accelerated redevelopmentat the beginning of June, ahead of the planned Spanish football restart.

Renovations to the Bernabeu stadium had been projected to conclude in the summer of2022, but the three-month hiatusencouraged Real Madrid to bring forward their work schedule, so it may be finished sooner.

In 2019, Perez explained the thinking behind renovating the venue: "Our future naturally involves a newSantiago Bernabeustadium, a reference of the 21st century.

"A modern, avant-garde stadium, with maximum comfort and safety, with state-of-the-art technology, where fans can experience unique sensations and also be a new and important source of income for the club."

The new-look Santiago Bernabeu will have a markedly different appearance to the old iconic venue along with fresh upgrades.

There will be an all-new exterior and it will be covered with a retractable roof, which is a notable departure from the current - and classic - open-air design.

An underground car park will also be put in place on the site of the old Esquina del Bernabeu shopping centre, with approximately 500 spaces expected to be on offer to fans and visiting teams.

The current redevelopment is the first major upgrade work on the venue since the late 1990s and early 2000s.

It comes not long after the renovation of the Wanda Metropolitano, home of Real's rivals Atletico Madrid, which was modernised in 2017.

Real Madrid will play their remaining 2019-20 season games at the Alfredo Di Stefano Stadium while the Santiago Bernabeu is renovated.

The Alfredo Di Stefano Stadium is home to Real Madrid Castilla - Real Madrid's reserve team - and has a capacity of 6,000, which is some way off the Bernabeu's 81,000 seats.

However, the capacity of the stadium is ultimately of no relevance when La Liga chiefs have indicated that games must be played behind closed doors in the interests of public health.

It is likely that games from the2020-21 season onwards will be opened to supporters again and in the event that matches cannot be played at the Santiago Bernabeu, the Wanda Metropolitano has been suggested as an alternative venue.However, it remains to be seen if Real Madrid will explore that possibility.

When asked about the prospect of letting their bitter rivals use their home venue, Atletico president Enrique Cerezo replied: "Would we rent them the Wanda Metropolitano? I’m going to take my mask off to answer you. Let no one doubt that we will be at Real Madrid’s disposal."

Of Real Madrid's remaining 11games in the 2019-20 campaign, six of are designated as home games.

Those games, which will be played at the Alfredo Di Stefano Stadium,are: