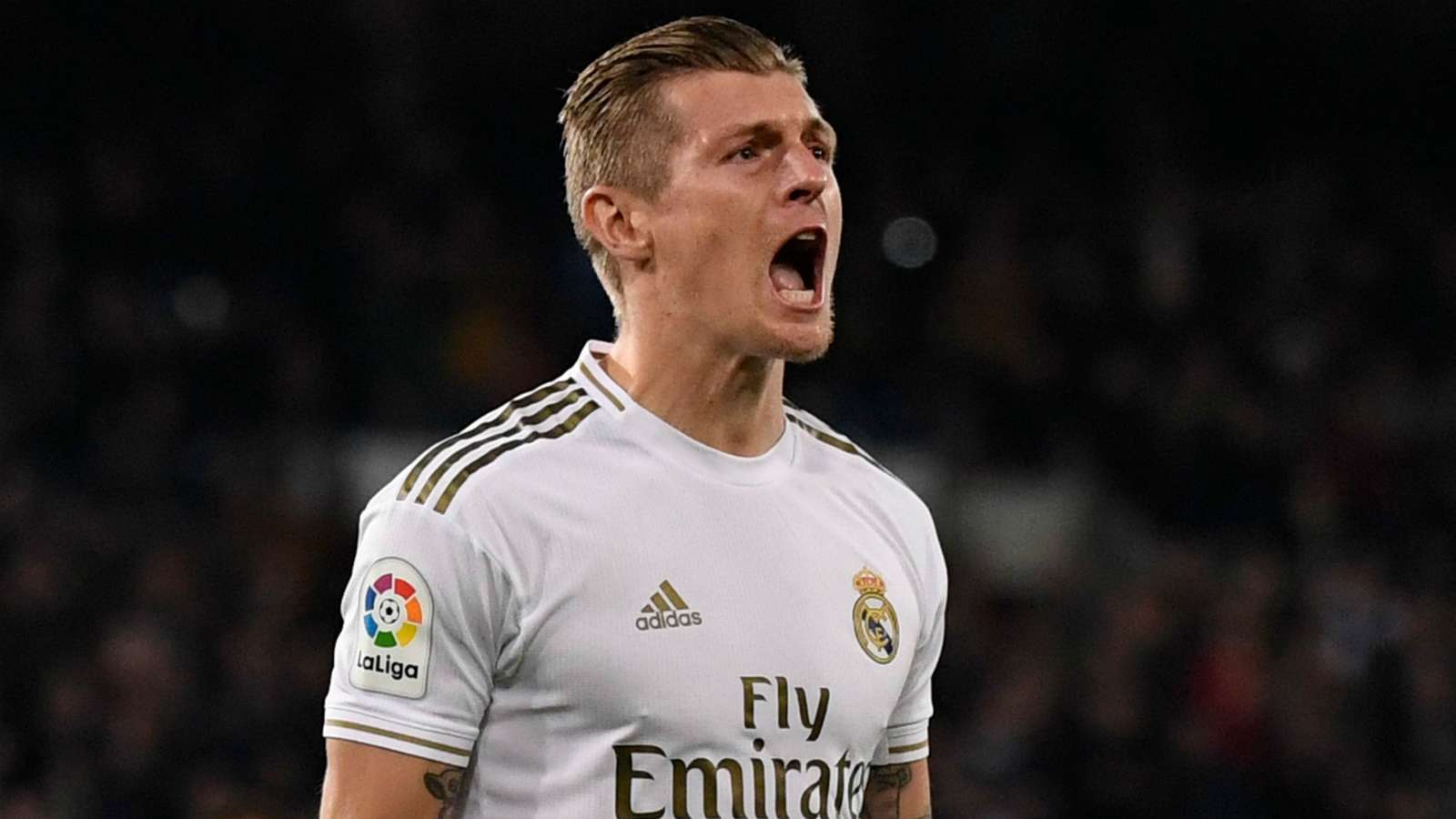 Real Madrid star Toni Kroos has admitted that his side’s chances of winning the Primera Division hinge on Barcelona slipping up in the closing sprint to the finishing line.

Although Madrid won the most recent Clasico to move to the top of the standings, they immediately ceded that advantage to the Catalans as they suffered a 2-1 loss to Real Betis before the league shut down for three months due to the coronavirus outbreak in the country.

Now the sides are preparing to go back into action, with the two giants slated to recommence on Sunday after the Seville derby – won 2-0 by Sevilla over Betis – marked La Liga’s return on Thursday.

Kroos is aware, however, that if Real are to win their first domestic league crown since 2017, they will need favours from elsewhere.

“We can only hope that Barcelona leave something behind,” he told DAZN and Goal. “We still lack a little bit of consistency, otherwise we would have gone into the coronavirus break as the league leaders. But that’s now happened.”

The World Cup winner believes that there will be an element of luck during this unusual period, which will see Madrid play their 11 league matches in only 35 days.

“It will depend on who has fewer injuries,” the 30-year-old said. “You’ll need every player. The deal that deals best with this unfamiliar situation will ultimately also become the champions.

“The games will show the physical condition of the teams because you can’t simulate that in training, you can only prepare yourself as best you can,” he said. “In the first game, we’ll see where we are.”

Madrid will play their home matches, which in common with all the fixtures in La Liga at present, will be behind closed doors, at Estadio Alfredo Di Stefano as the Bernabeu is enjoying a summer facelift. Kroos does not foresee this as a problem, however.

“In my opinion it’s a smart decision,” he said. “Our second team plays there and the stadium is on our training ground. The dimensions of the field are roughly the same as those at the Santiago Bernabeu. If fans can’t come, you don’t have to play in a stadium for 80,000 spectators, especially since you can continue to work there undisturbed.”

Kroos will hope to feature at the Alfredo Di Stefano against Eibar on Sunday as Madrid’s quest to chase down Barca begins.