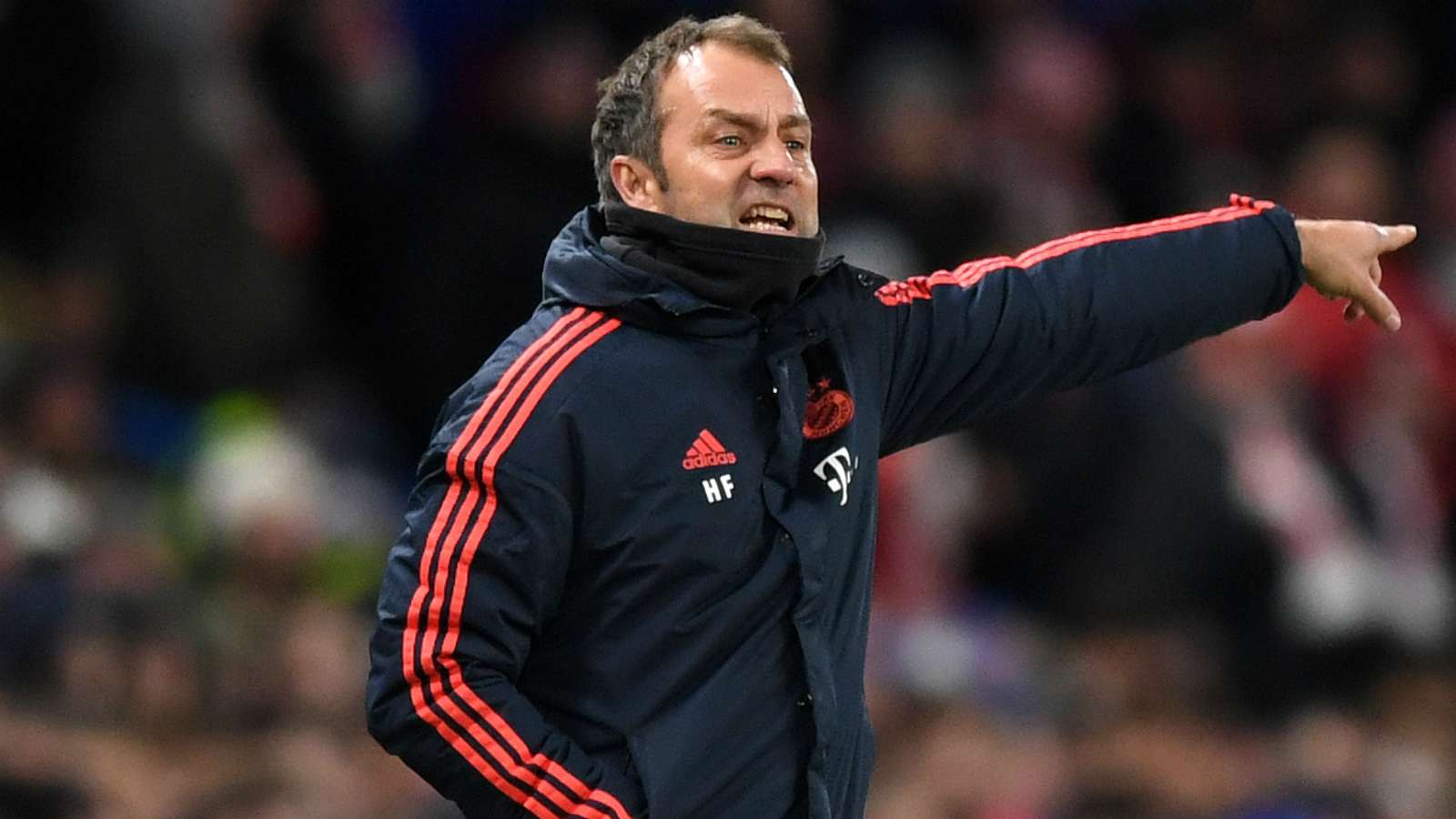 Hansi Flick did not shy away from a potential treble bid after Bayern Munich clinched the Bundesliga title on Tuesday.

Bayern have been in outstanding form since Flick's November appointment, winning 26 of their 29 matches in all competitions, and their first major silverware of the campaign was delivered with two matches to spare as Robert Lewandowski's first-half goal secured a decisive 1-0 win at Werder Bremen.

Bayern's season is far from over however, as they now turn their attention towards theDFB-Pokal final against Bayer Leverkusen, and then the Champions League.

The German champions holda 3-0 first-leg lead over Chelsea in the last 16 of Europe's elite club competition, with their performance in that match and subsequent fixtures prompting talk of a stunning sweep of the prizes on offer.

"We have now taken the first step and achieved our first big goal by winning the champion," head coach Flick told Sky Sport. "But we still have the DFB-Pokal as our next goal.

Bayern were below their brilliant best against Werder but held on for the victory following Alphonso Davies' contentious red card with 11 minutes to go.

Flick added: "With the red card, Bremen were a bit braver. We had to defend and did it sensationally. That is why there is no criticism today.

"I am very, very happy and can only say it again and again: you never succeed alone. We are just one unit and I really enjoy being here."

Flick suggested the title-clinching triumph epitomised his team and their spirit.

"The football we have played in the last few months has been sensational," he said. "You can feel the passion, enthusiasm and fighting spirit, even today after the red card."

Lewandowski's sublime 43rd-minute finish proved enough to seal the points and the championship, his 31st goal of the league campaign wrapping up a 30th German title for Bayern.