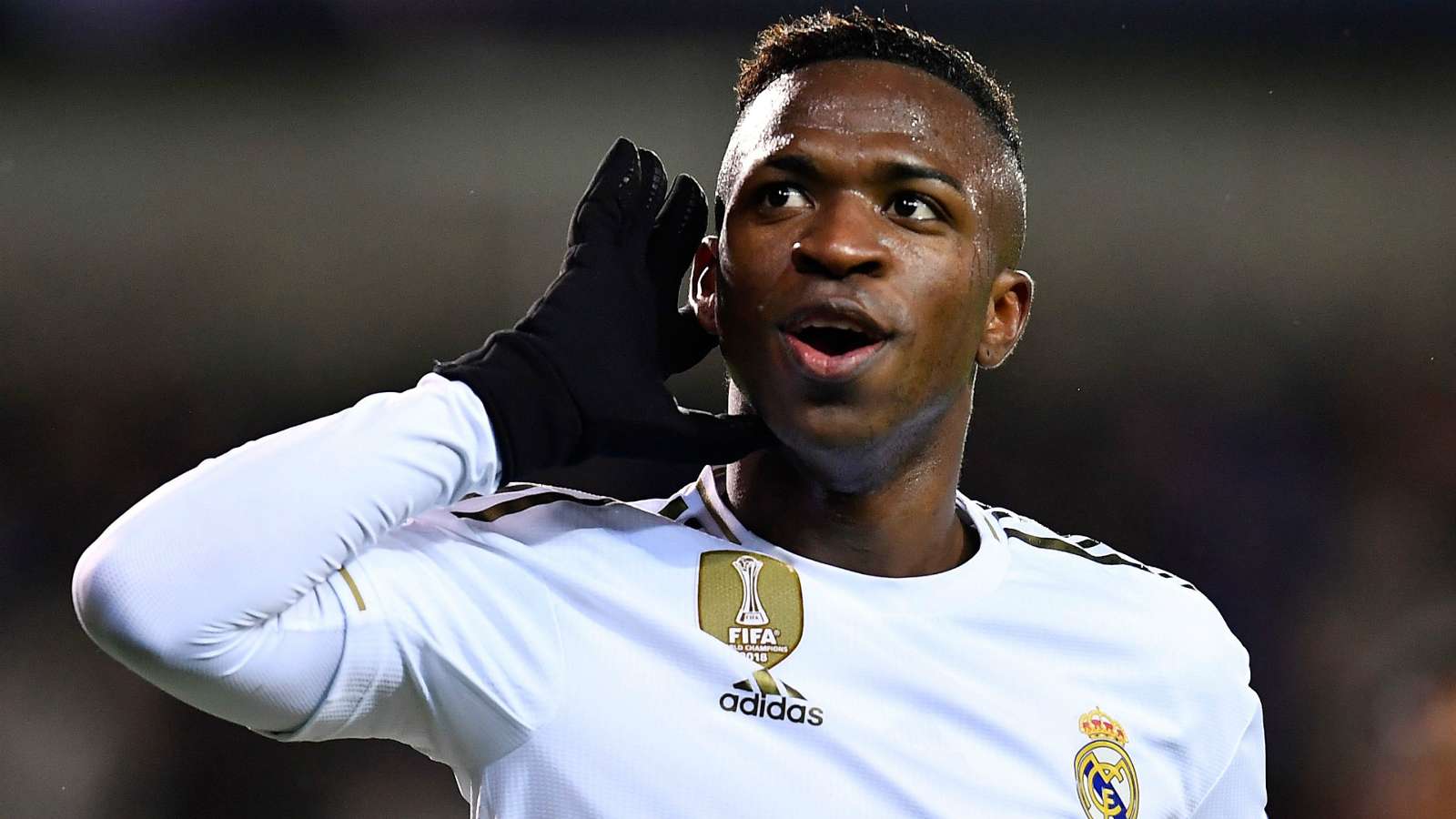 Vinicius Junior has been told he needs to “keep flying” at Real Madrid, with fellow Brazilian Rivaldo warning the 19-year-old that he cannot afford to let his standards drop.

The 2019-20 campaign has seen the exciting young forward remain on a steep learning curve.

Questions have been asked of his end product at times, but he has recorded four goals and three assists.

He had found consistent form prior to football shutting down amid the coronavirus pandemic, with Zinedine Zidane making hima regular in his plans.

Real have, however, been out of action since mid-March.

They will return toLa Liga actionon Sunday when taking on Eibar, and Rivaldo is challenging hisfellow countryman to pick up where he left off and prove his worth at Santiago Bernabeu.

“Vinícius Junior was in hisbest formsince his arrival at Real Madrid before the lockdown, scoring against Barcelona in El Clasico, but after the break many things can change,” 2002 World Cup winner Rivaldo told Betfair.

“Madrid will haveEden Hazard and Marco Asensioback on track, so the Brazilian has two additional contenders for a starting place.

“The first games back will only tell us which players have reached their peak before the others. I'm backingVinícius to restart welland continue his good form, but there is a chance that things might not go so well after a big gap without playing.

“But despite the competitiveness in the squad, I believeZinedine Zidanewill pick players who are in good form and not just because of his preference, so Vinícius must try to keep showing his best football to continue as a starter.

“As we used to say in Brazil, he needs tokeep flyingto earn his place in the team.”

Real have welcomed the likes of Hazard and Asensio back into the fold as they prepare to restart their 2019-20 campaign.

Both had been nursing knocks prior to lockdown, but Zidane will have a wealth of options at his disposal when facing Eibar.

Gareth Bale is also back in the Blancos squad, with the Wales international – who continues to see a move elsewhere mooted – another of those who will rival Vinicius for an attacking berth.