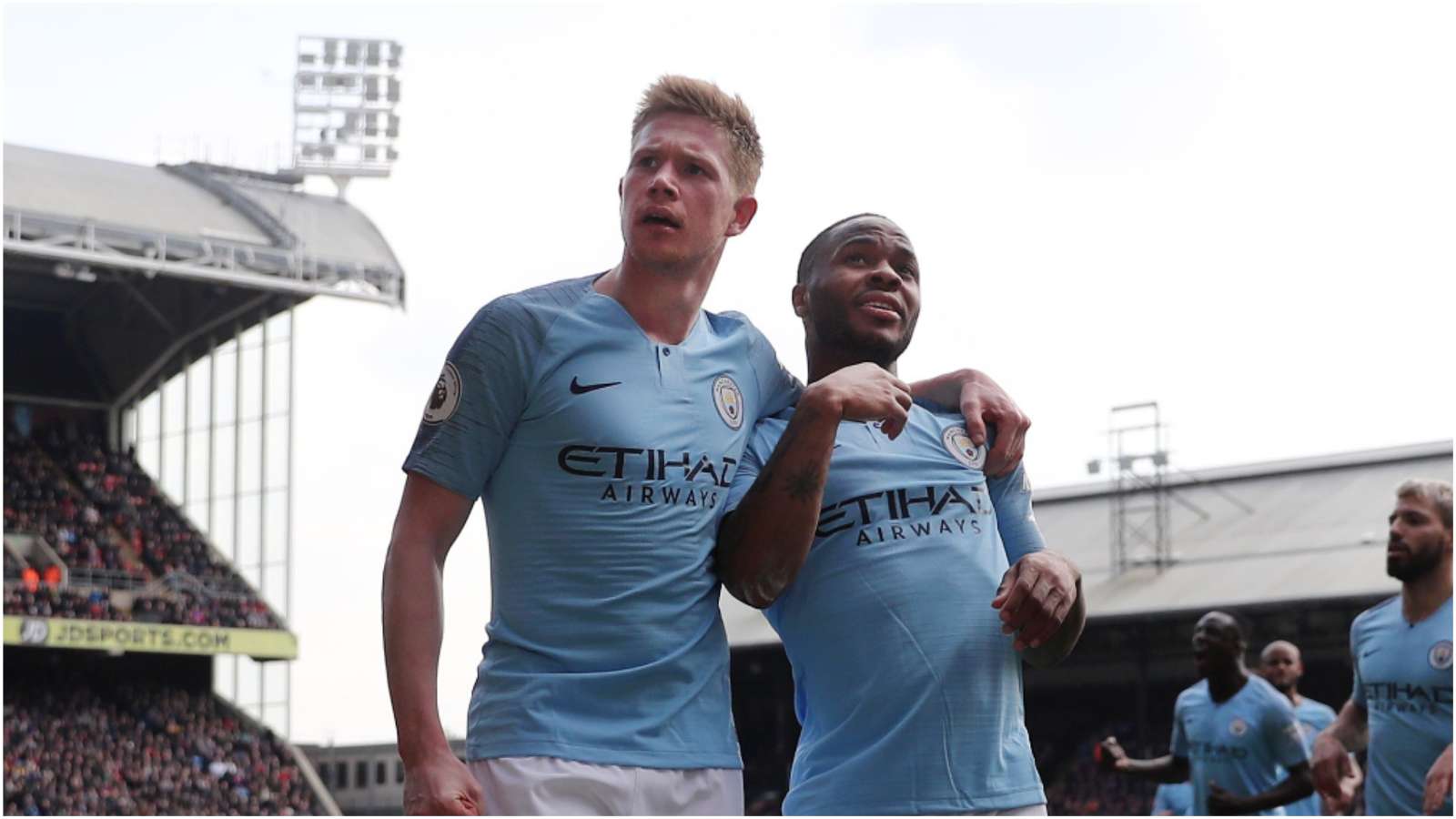 Sven-Goran Eriksson has urged Raheem Sterling and Kevin De Bruyne to stay at Manchester City and resist the temptation of Real Madrid.

City this week made their case in an appeal against a two-year ban from UEFA competition, after being found to have breached Financial Fair Play (FFP) rules.

The outcome of that challenge at the Court of Arbitration for Sport is reportedly not expected until July, by which time City's reign as Premier League champions is likely to have been ended by Liverpool.

If City are forced to miss two Champions League campaigns, such a blow could tempt their top players to look elsewhere. Madridhave been frequently linked with forward Sterling, while De Bruyne has hinted he would consider his future if the two-season ban was upheld.

Former City and England manager Eriksson says Sterling and playmaker De Bruyne can choose their own destiny, but cautioned that they are already playing at the highest level in domestic club football.

“Well, they will play for Real Madrid if they want to do it, but I would be disappointed," Eriksson told Stats Perform News."I don't know - I really hope they stay in England. When you look at it so far, and for many years now, the Premier League is the best league in the world, no doubts about that - most popular, the best league to see.

"Other leagues are good, but how many people are looking at Spanish football if it's not Barcelona or Real Madrid, maybe Atletico Madrid? I don't think many.

"Bundesliga, it's a little bit the same if Borussia Dortmund's not playing, if Bayern Munich isnot playing, are you sitting looking at it? In England it's different because any team can beat any other team. It's good football and it's always a fight, a good fight in England."

To lose Sterling, De Bruyne, or both, would be a huge setback for City on the pitch, but Eriksson knows Pep Guardiola is just as important to the four-time Premier League winners.

Manager Guardiola has a year left on his City contract and has not ruled out signing an extension.

The former Barcelona and Bayern Munich boss appears likely to at least see out his current deal, having this week brought in his mentor Juanma Lillo as a new assistant coach, but much could still happen to change that.

"Of course it's important," Eriksson said of the Spaniard's future. "He's considered one of the best, if not the best coach in the world. He has been so for a long time.