'The goalkeeper was in the stands!' - Sheffield United baffled as Hawk-Eye apologises for Aston Villa error 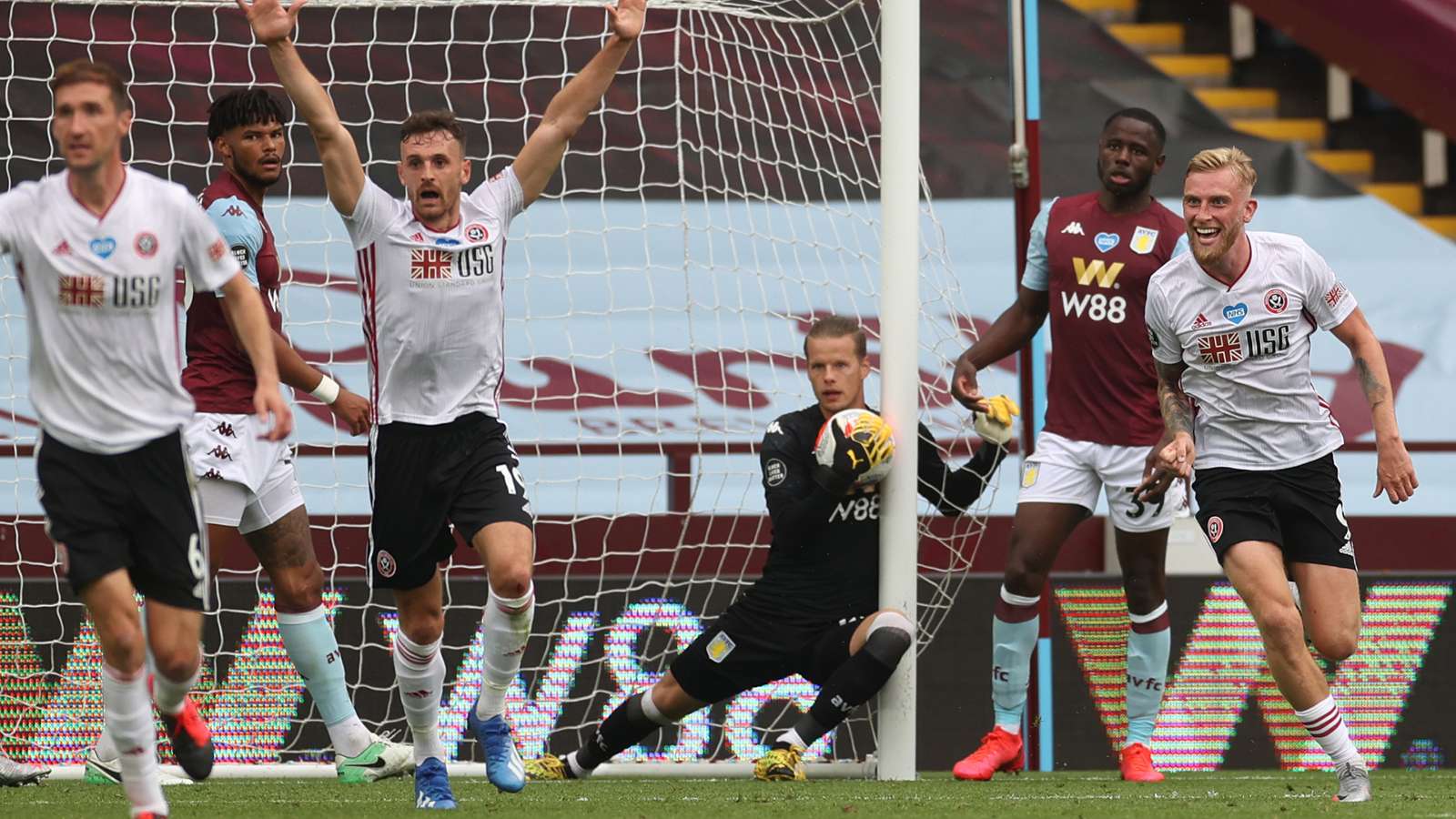 Chris Wilder was left frustrated after Sheffield United were denied a goal against Aston Villa on Wednesday, with Hawk-Eye apologising "unreservedly"for its technology's failure to notify the referee that the ball had crossed the line.

Wilder’s side thought they had taken the lead in the first-half when goalkeeper Orjan Nyland fell into the net with the ball in his hands, carrying the ball over the line.

Although social media went into a frenzy over what appeared to be a clear goal, referee Michael Oliver did not award one and the match went on to finish 0-0.

Hawk-Eye released a statement apologising to the Premier League and Sheffield United for the error, which read: "The seven cameras located in the stands around the goal area were significantly obscured by the goalkeeper, defender and goalpost.

“This level of occlusion has never been seen before in over 9,000 matches that the Hawk-Eye Goal Line Technology system has been in operation.

“The system was tested and proved functional prior to the start of the match in accordance with the IFAB Laws of the Game and confirmed as working by the match officials. The system has remained functional throughout.

“Hawk-Eye unreservedly apologises to the Premier League, Sheffield United, and everyone affected by the incident."

The apology did little to appease Blades boss Wilder, however, as he could not understand how all of the cameras could miss the incident and that video technology was not used to rectify the mistake.

“I think the goalkeeper was in the Holte End when he caught it - or dragged it back.My issue is obviously one of frustration,” the coach told reporters.

“Seven cameras haven't picked it up - the most technical league in the world - everything we see at every angle and it hasn't seen a goal. That is disappointing from our point of view.

"We went to Tottenham last year, John Lundstram's big toe was offside and I was hanging around at White Hart Lane in the pouring rain for 10 minutes waiting for a decision. I don't understand why I can't wait 10 minutes in Birmingham.

"The statement has come out and it is unprecedented, unbelievable. I did have a laugh and joke beforehand that we have had some poor decisions go against us and I said I wouldn't bet against one going against us this evening.

"We were waiting for somebody at Stockley Park to show a bit of courage and say they will make that decision but if they've not seen it and seven cameras haven't seen it I suppose he will say that it was not their decision to make.

"It was a really strange afternoon and evening. Quite difficult as well. We should never underestimate the effect of playing in front of supporters.

"We were all going into the unknown today. I thought the tempo would have been a bit quicker. I love coming to this place.

“We've had some great battles. It is a club I have a huge amount of respect for but it is double difficult - you can't replicate it when there is no-one in the ground."

Meanwhile, the Professional Game Match Officials Board (PGMOL), which is in charge of officiating English football games, explained why VAR was not used.

“Under IFAB protocol, the VAR is able to check goal situations, however due to the fact that the on-field match officials did not receive a signal, and the unique nature of that, the VAR did not intervene,” it read.