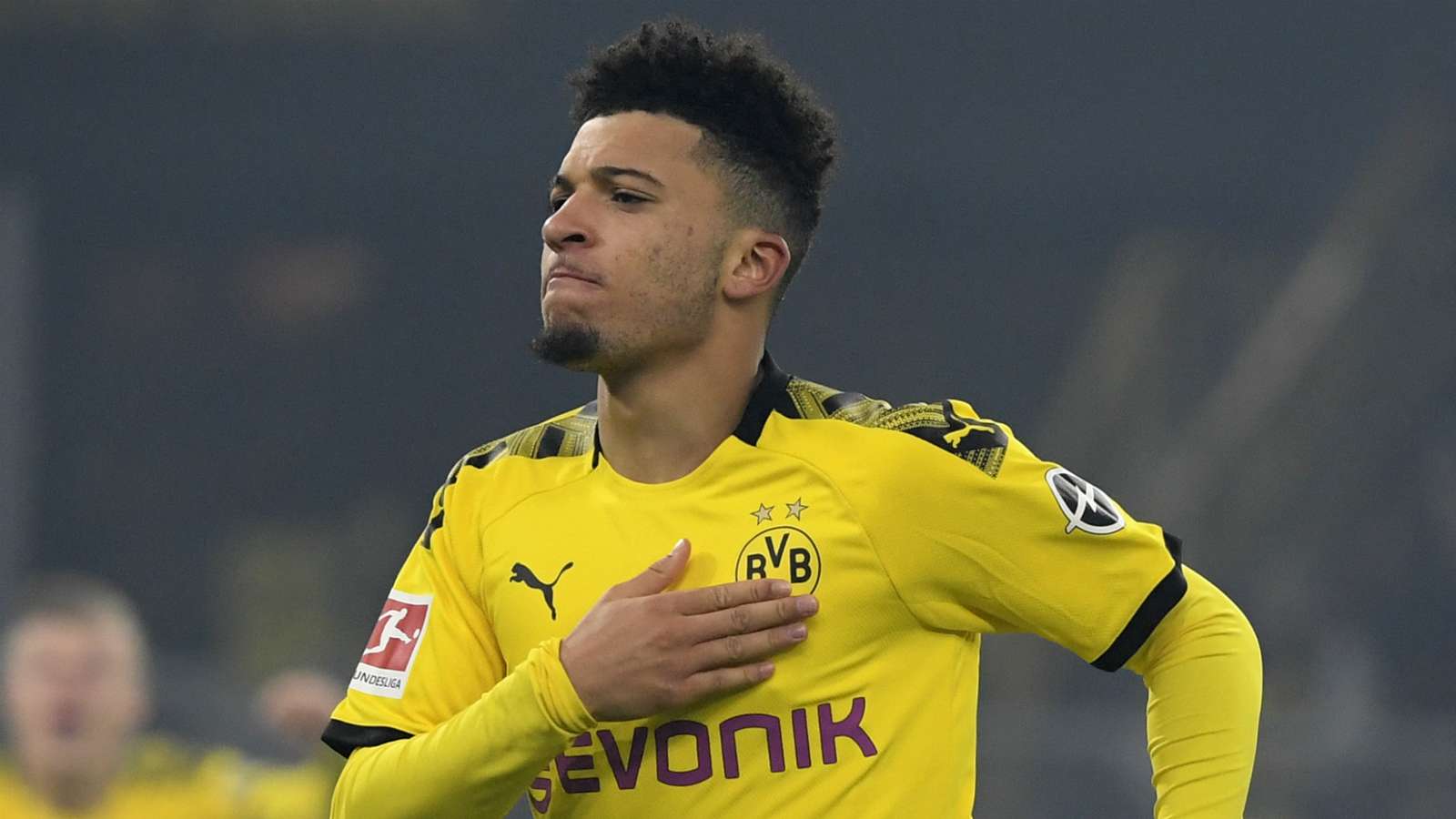 Liverpool captain Jordan Henderson has talked up the talents of Jadon Sancho, insisting " the sky's the limit" for his England team-mate.

Sancho has been heavily linked with a return to the Premier League this summer, after another impressive season in the Bundesliga with Borussia Dortmund.

The 20-year-old has scored 20 goals in 40 appearances for BVB in 2019-20, while also laying on 20 assists, earning a regular spot in Gareth Southgate's England squad in the process.

Manchester United, Chelsea and Liverpool have all been credited with an interest in Sancho ahead of the summer transfer window, but Dortmund have reportedly placed a £100 million ($125m) on the winger's head to ward off potential suitors.

Sancho has come on leaps and bounds since moving to Germany from Manchester City in 2017, and Henderson thinks he is destined for the very highest level if he continues on his current trajectory.

The Liverpool midfielder said of his compatriot onRio Ferdinand's YouTube channel Five: "A lot of people are speaking about him. He is a top player, a special player, that in training he has got something different and he's sharp and able to get past players with ease.

"Also he's got a good head on his shoulders, he loves football, wants to improve, listen and learn so if he just continues on that path the sky's the limit for him really."

Sancho found himself in the headlines for non-football reasons last week, as he was fined for breachingcoronavirus lockdown protocols to get a haircut. The talented young attacker labelled the decision an "absolute joke", leading to Emre Can publically calling forhis Dortmund colleague to "grow up".

However, Henderson doesn't think Sancho needs to change anything on or off the pitch, as he added:"He just needs to keep working hard and listening to the people around him and keep doing what he's doing. He's been brilliant for Dortmund and England, so he just needs to carry on."

Henderson went on to praiseEngland duoMarcus Rashford andRaheem Sterling, both of whom have enjoyed strong seasons at Manchester United and Manchester City respectively.

"There's not only him, you look at Marcus Rashford who's been out with injury, but such a talented player. He does stuff in training where I just think 'wow'," said Henderson.

"Look at Raheem Sterling now. How he's blossomed. Obviously I was playing with him at the very start, he's gone from strength to strength. He's turned into such a good player.

"You forget Trent Alexander-Arnold's so young. He's achieved so much at a young age but he's mature and has got great people around him to keep his feet on the ground. Works hard, wants to improve and the sky's the limit for him as well."