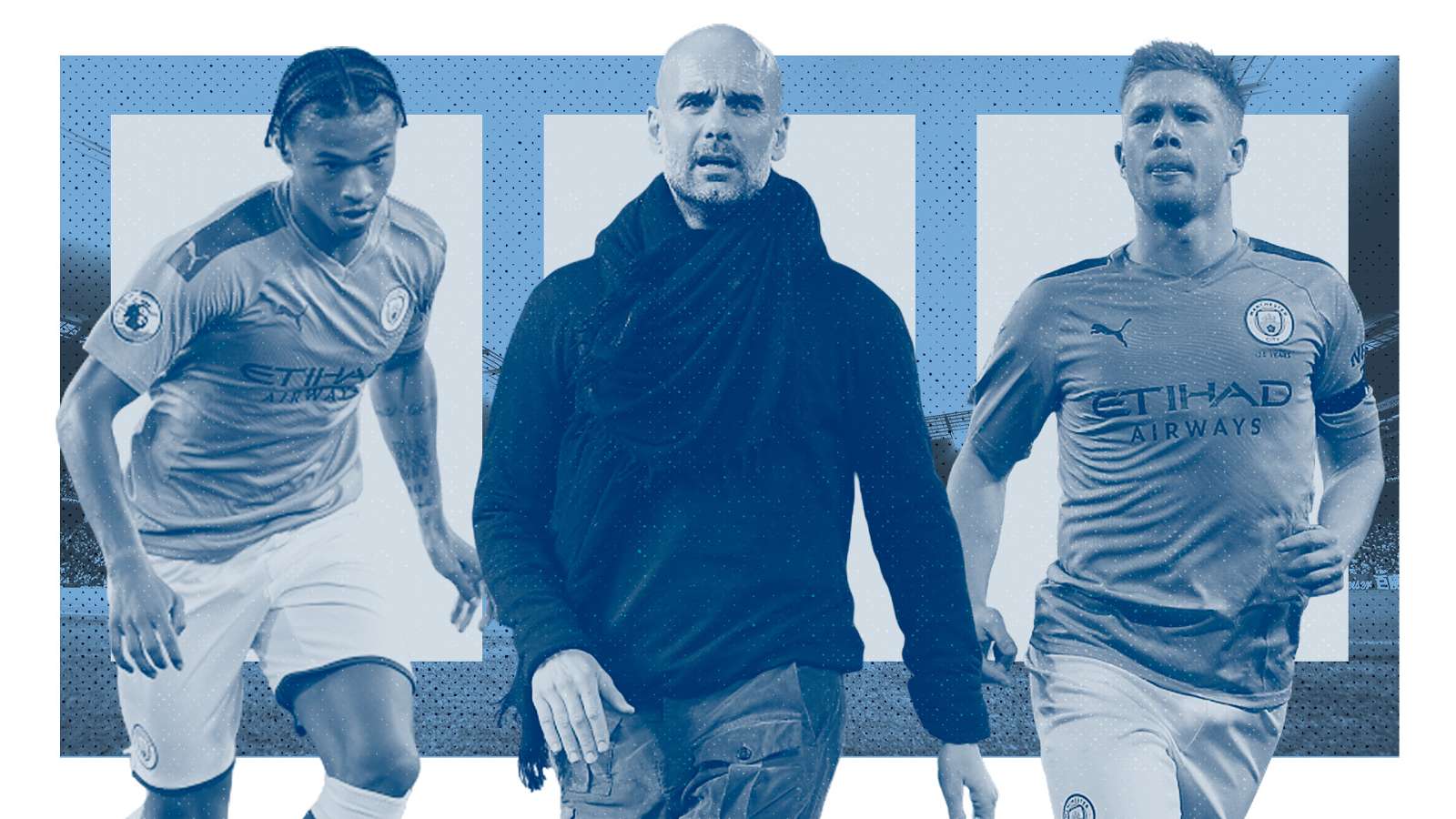 After 101 days without football, Manchester City will finally return to action against Arsenal on Wednesday as the Covid-19shutdown ends.

For the majority of the City squad, it represents the longest break they have had as fully fit professionals. While they will have missed the game they love, the in-season hiatus has permitted many to rest and recharge;particularly those individuals that go from summer tournaments with their countries to restarting domestic seasons with barely a week off.

It has also given Pep Guardiola the chance to reflect on a campaign that has fallen short of the two previous seasons when his sideset a new standard in English football, amassing record-breaking points hauls.

The Catalan conceded the title would be heading to Liverpool in early spring, but there remains silverware to play for, including an FA Cup and the club’s most sought-after prize, the Champions League. So there are many questions to answer ahead of the long-awaited restart...

“Now we target other competitions and to qualify for the Champions League next season."

It was back in February, after a sixth Premier League defeat of the season, that Pep Guardiola maintained the club’s priorities lay elsewhere. Nothing will have changed in the meantime, with Liverpool needing just six points from their remaining nine matches to confirm a first league title in 30 years.

A lack of a title challengeleaves the City boss in theposition of being able to approach the remaining games with more caution. The long break, followed by a truncated fixture schedule, has led to fears of an increase in injuries , withthe earlier return of the Bundesliga havingindicated an above-normal rate in setbacks.

City have the luxury of a fulland deep squad going into the game against the Arsenal, the first of what will be 11 games in 39 days -although that schedule will be even tighter if they progress in the FA Cup.

A place in the top four would seem fairly secure with fifth-placed Manchester United currently 12 points behind having played a game more. However,that Champions League place is still dependent on the club winning an appeal at the Court of Arbitration for Sportagainst a two-year European ban handed out by UEFAfor breaches of Financial Fair Play regulations.

A decision is expected in mid-July , and should the ban be upheld, this season’s competition could represent Guardiola’s last chance of winning the Champions League at City, with just 12 months remaining on his current contract.

How this season’s competition is completed is still to be decided, but the remaining games are likely to be played after the conclusions of seasons in England, Italy, Germany and Spain at neutral venues in a single city, withLisbon is reportedly being considered as the bestoption.

Should it restart in August, Guardiola could use the remaining Premier League games to gently guide his squad back to top form with Europe in mind andavoid too many injury risks, particularly by utilising the new five substitutes rule.

But the City boss has never gone into a game not wanting to win and will want to show respect to other teams that still have plenty to play for, not least those at the bottom facing relegation in a period when clubs are being hit financially by the impact of the coronavirus pandemic.

An Etihad clash with Liverpool is also an opportunity to lay down a marker for next season’s title race while, domestically, the FA Cup will take on greater significance. Guardiola is rightly proud of his recent record in England,winning eight of the last nine trophies on offer, including Community Shield.

While the Premier League may have gone, defending last season’s FA Cup would make it 10 trophies from 12. Liverpool may have been knocked out, but six of the current top nine Premier League clubs remain, so it will not be easy.

While fans have had to be patient for the return of football, it hasbeen an even more agonising wait to see Leroy Sane in action, with the Germany international’s last first-team appearance coming more than 10 months ago.

The 24-year-old was a surprise starter for the Community Shield victory over Liverpool back in August amid interest from Bayern Munich. But an innocuous challenge from Trent Alexander-Arnold saw him suffer a cruciate knee ligament injury and his proposedswitch to the Bundesliga was called off.

A year on, the German champions remain in hot pursuit and City’s position is further weakened by Sane moving into the final year of his contract with the possibility that he could leave for free next summer.

Bayern have been vocal in their desire to sign Sane. Theybelieve that his contract situation and the impact of Covid-19on football finances mean they can pick him up for considerablycheaper than the €111 million (£100m/$124m)he was likely to cost at the end of last summer's transfer window.

But no agreement has yet been struck and Sane, who was close to a return when football was shut down in March, has been training with the first team ahead of the restart.

City have missed his quality. He offers another option that the attack does nothave, with his blistering pace and ability to stretch the opposition by playing as a very wide winger.

While Sane and Pep Guardiola have notalways seen eye to eye, with the City boss demanding the highest levels from the 24-year-old, his appearance in the Community Shield shows that the manager is prepared to includehim.

Sane himself needs to be playing. He was surprisingly left out by Germany forthe 2018 World Cup, and with the European Championships put back a year and then immediately followed by the Qatar World Cup in 2022, he cannot afford to be on the sidelines with places in Joachim Low's squad so competitive.

Bayern have been public in their chase but have so far failed to make a bid good enough for City to sell one of the best attackers in world football, even if Guardiola says that any player that does not want to be at the Etihad should leave.

Until they do, he will remain part of City’s plans. And while Sane is still at the club, the chance of signing an extension remains a possibility - albeit slim.

Lillo may be a new name to many English football fans, but the Spaniard, who has been coaching for three decades, has been named byGuardiola as a big influence.

After two incredible seasons, City's campaign this time has been inconsistent. There have been some high points, but seven league defeats and uncharacteristic performances have led many inside the Etihad to believe that some fresh input was required.

City made tentative approaches towards Real Sociedad B coach Xabi Alonso and former captain Vincent Kompany before turning to Lillo and handing him a 12-month contract.

Lillo has a reputation for being tactically innovative, using positioning and space to unpick opponents. High-pressing is also important and is already a characteristic of City and Liverpool - the Premier League’s most consistent teams.

He is also known for his passion and could re-energise a side that was surprisingly lacklustre in recent defeats to Tottenham and Manchester United before the break.

In a long career that has taken him from Spain to China, via Mexico, Chile, Colombia and Japan, Lillo has never worked with a squad as talented as the one that Guardiola has assembled.

Guardiola is one of the cleverest minds that football has ever seen, and adding one of the most celebrated tactical coaches to his brains trusthas created an even more tantalising proposition.