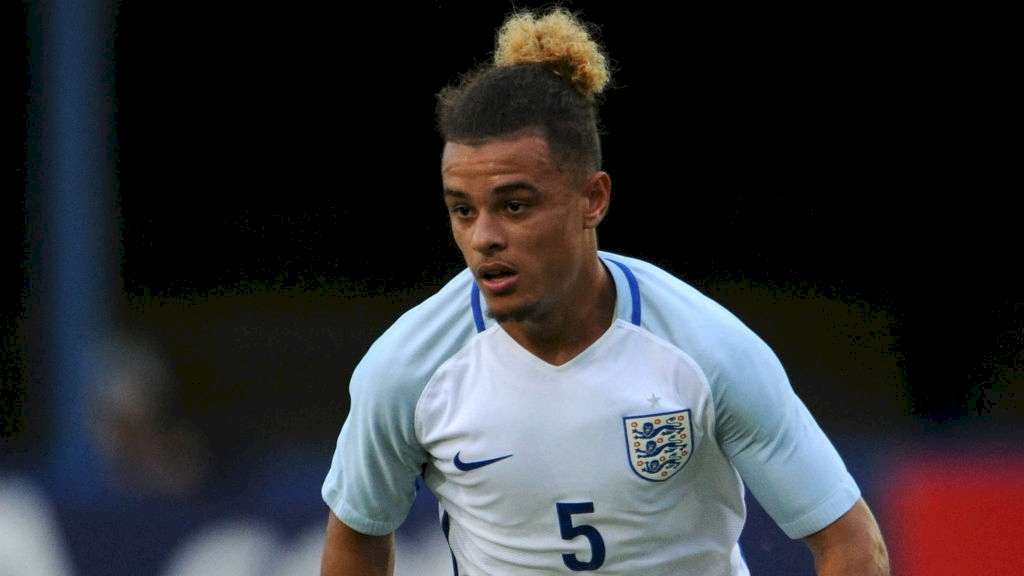 Joel Latibeaudiere is already mulling over his transfer options for next season, with the Manchester City starlet determined to follow the lead of Jadon Sancho and Phil Foden by becoming a senior star.

The highly rated defender was the man to lift the U17 World Cup as captain of England’s young lions in 2017.

A number of star turns from that squad have gone on to enjoy meteoric rises to prominence, with Sancho arguably the pick of the bunch. He took the brave decision to leave City for Borussia Dortmund three years ago and is now a senior international star and one of the most sought-after talents in world football.

Foden, who is also a product of the famed Ethiad Stadium academy system, is another who is now seeing regular game time with the 20-year-old impressing in the Premier League and Champions League.

Other U17 World Cup winners, such as Rhian Brewster and Conor Gallagher, have had to leave the likes of Liverpool and Chelsea on loan in order to further their respective developments.

Latibeaudiere has favoured a similar approach, with the 2019-20 campaign spent with FC Twente, and he is already considering another switch for next season – potentially one that keeps him in England.

He told the Manchester Evening News: “Just to get out there playing first team football. Literally the whole team from that World Cup has gone on to play at a first team club. That would definitely be the next step on my ladder for sure. Hopefully getting to somewhere like a Championship or another first division to keep playing my football.”

Latibeaudiere is held in high regard by City and his versatility could be put to good use in the future.

He has starred at youth level as a centre-half, but Twente have used him as a right-back at times this season and the ability to fill numerous positions should work in his favour heading forward.

“Most of my career I’ve played the whole way across the back four,” Latibeaudiere added. “I made my under-18s debut at Man City as a left-back believe it or not. The manager at Twente saw my strength, speed and willingness to get up and down the line so tried to play me regularly there and I had fun.

“I do think my natural position and where I’m best at is centrally but I can definitely see myself moving to a full-back slot if that’s what the manager needs.

“I’m lucky enough to have the skill set to do that and obviously doing it at a younger age by playing left-back, centre-back and right-back in my academy career so that puts me in good stead to play as a versatile player which managers do look for nowadays.”