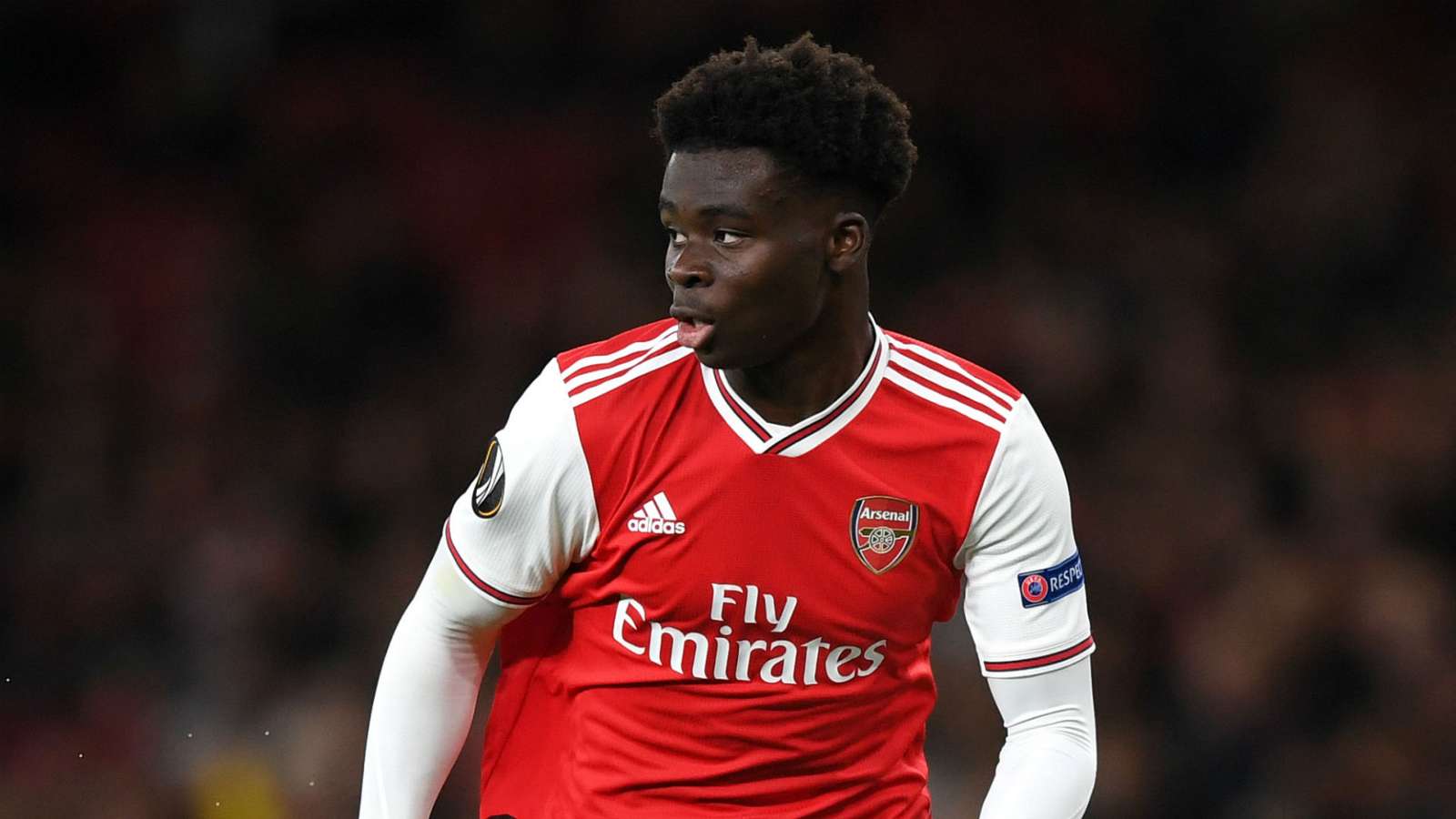 Mikel Arteta has confirmed sorting out a new contract for Bukayo Saka is a priority for Arsenal alongside resolving Pierre-Emerick Aubameyang’s future.

Saka has enjoyed a breakthrough season at the Emirates Stadium and has made 29 appearances in all competitions, scoring three goals and supplying 10 assists.

He impressed as a makeshift left-back in the weeks leading up to the coronavirus lockdown, but is keen to revert to his more natural position on the left wing in the future.

At the same time, Arsenal are also trying to tie down Saka to a long-term contract, with the 18-year-old’s current deal due to expire in 2021.

The likes of Liverpool, Manchester United and Borussia Dortmund have been linked with Saka, and Arteta acknowledged the teenager’s situation is one of the more urgent ones facing Arsenal.

"We are trying, as a club, to finalise the deals that are more urgent and are a priority for us," said Arteta.

"The ones you are talking about Bukayo and Aubameyang - they are both really important, not just for now but for the future of the club as well and if the club has something to announce, they will do it in the right moment."

The Gunners restart their season with a trip to Manchester City on Wednesday and it is likely to be a hectic period during the coming weeks.

Arteta will need to juggle his squad, but is keen not to place any undue pressure on the talented crop of young players at his disposal.

He added: "They have to keep developing and one of the biggest challenges is always consistency.

"They have been doing it for a certain period of time, for certain moments of certain games but to do it consistently for every three days for 94 or 96 minutes, that's a different story.

"That's what we have to do, we have to give them the right foundationsin order for themto feel free to develop, without the extra pressure that they don't need in these moments and they cannot carry on.

"We don't give them too much responsibility too early, because there is always a risk to burn them."