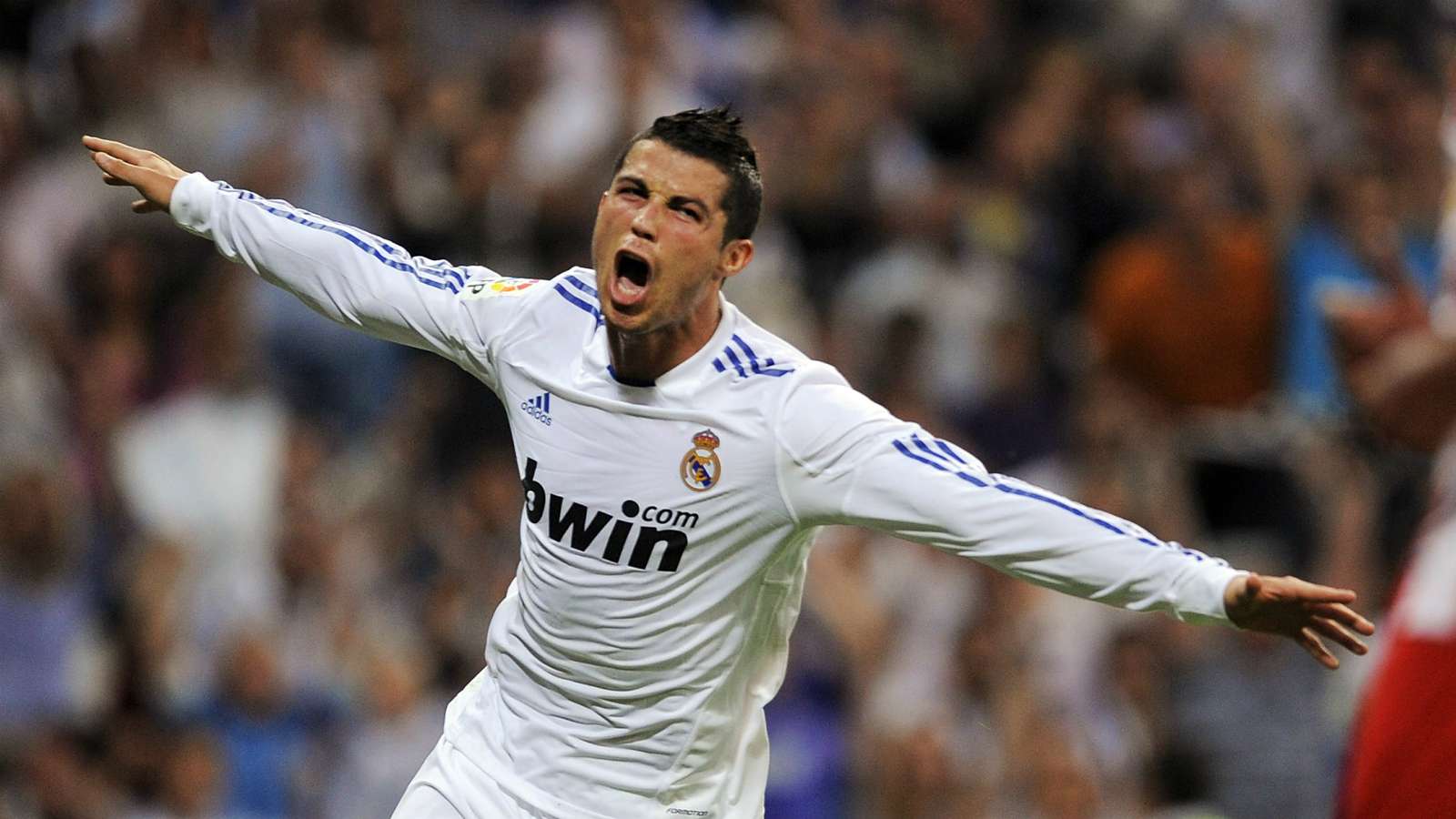 In 2009, Real Madrid had to face up to the fact that Pep Guardiola's Barcelona had won an unprecedented treble and, in the process, charmed the world with their style of play.

With Lionel Messi breaking countless records, Madrid felt they had to react, and as such they forked out over€250 million (£222m/$358m) in an unprecedented summer window.

In came Kaka from AC Milan, Karim Benzema from Lyon and Liverpool duo Xabi Alonso and Alvaro Arbeloa. The cherry on the cake was the signing of Cristiano Ronaldo from Manchester United in a world-record€94m (£80m/$135m) deal.

Having attended his first Madrid match at the age of five, the opportunity to represent his boyhood club was a dream come true for Granero. It was made even more special by the myriad of superstars he got the chance to train alongside, though one man - Ronaldo- was the standout.

The Portugal international spearheaded an immediate revival at Madrid, which culminated in them winning the league under Jose Mourinho in 2012.

And Granero believes that those first three seasons played a key role in Ronaldo becoming a legendary figure at the Bernabeu, with only Alfredo Di Stefano and Raul on the same level as the 35-year-old.

"I was always afraid to even think or dream about playing in these kinds of games," Granero tells Goal of his return to Madrid in 2009."Then you blink and you are standing there on the pitch. The referee is ready to go so you are there and you have to perform.

"I always supported Real Madrid and I went to the stadium ever since I was five andI started in the academy when I was nine. You are always in a place where you have to win when you play for them. I played 100 competitive games for them, which was a dream come true.

"The summer that I arrived at Real Madrid saw Cristiano Ronaldo, Kaka, Xabi Alonso and Benzema come in. There werelegends already in the team like Raul, Guti and Sergio Ramos. I was in the starting 11almost every game so it was a dream. You had to be 100 per centor more to be there in this fantastic team.

"When I arrived at Real Madrid, we were fighting the best Barcelona ever in terms of their football. We fought them and we managed to win the Copa del Rey against them and then the league.

"It was the best Barca in history and we managed to win the league against them. We scored a record 121 goals in La Liga in 2011-12. It was the best season in my career."

On Ronaldo he added: "Ronaldo had just signed for Real Madrid and I joined a month-and-a-half later. I was training with him and then playing with him. He made a huge impact in his 10 years at the club. His impact in terms of performance and leadership has been huge.

"I can only mention two comparable players before him in Raul and Di Stefano, and I think that he is up with them as one of the most important legends we have had."

Having graduallyfallen down the pecking order at Madrid, Granero left his boyhood club for QPR in 2012 before returning to La Liga to join Real Sociedadtwo years later after an underwhelming spell in the Premier League.

It was there he lined up alongside a young Antoine Griezmann, who was beginning to become a household name in Spain ahead of his career-changing move to Atletico Madrid.

And though France international Griezmann is now plying his trade for Madrid's eternal rivals Barcelona, Granero admits that he still wants to see the forward do well.

"When I arrivedGriezmann was a very young kid. He was potentially very good," Granero says. "You didn’t know he was going to be this good, though.

"The first thing that you notice is that he loves football above everything else and you can see this. He is so different from when he is outside the pitch than inside the pitch. Outside, he is a joker and he provides a lot of fun for the dressing room. Then, when he is on the pitch, he becomes aggressive like a champion.

"This is something that all top players have. You could see it clearly. In my time there, he exploded. He had the ability, he is one of the top players in the world and I am happy to see him having played for big clubs. I always hope he makes good decisions and keeps pushing."

Now 32,Granero's career has taken two rather unconventional turns. Having left La Liga strugglers Espanyol by mutual consent in January, he joined third-tier Marbella as they chase promotion to the Segunda Division.

Off the pitch, the former Spain Under-21 international founded his ownartificial intelligence football company, Olocip, five years ago. They provide clubs and agencies with the ability to make better decisions, and are busier than ever following the coronavirus crisis as both the economics and public health situations need analysing to help predict the future.

And Granero is keen to further grow his business as CEO, even if some have questioned his decision to drop down two leagues while still having oil in the tank in terms of his playing career.

"I have been in this company for five years, so I have been running the company and playing at the same time," he said. "To me, football is important but not the only thing.

"It is my passion and my first memories are playing football. Everything I have done has been focused on being a footballer. I wanted to always do my best.

"I am so happy to be at a great team and a great club. I came here with something in mind and not everyone understood my decision. Some consider it a waste that I play for them and this opinion is based on the division.

"I can have a very important role in leadership here to help us gain promotion from the third division. I didn’t want to spend my last years as an impact player on the bench in an easy retirement path. I wanted to face the biggest challenge of my career, which is to dropdown myself to help this club go up. This is my passion.

"We have a lot of free time as footballers and we can use it in different ways. I decided to launch a company in my free time and it is important for me.

"The most important thing that I have learned through all this is how important anticipation is. It is something that happens for a midfield player in the game, to see what happens before it happens.

"This is also important for every decision in clubs, like a big signing. It is important that you can anticipate the performance of this player in a new context in order to make a decision. This is our vision and this is how we have been able to create solutions in terms of predictions.

"We have been working harder than ever on the virus problem so we thought it would be important for society. It has been a huge impact and no one was ready for this kind of problem. To stop in this way is something critical to the industry.

"I think for one or two years there will be problems in the budgets for new signings. In this situation, clubs need to make smarter decisions, which is something you can do if you use artificial intelligence to power your process. This is a difficult situation for clubs but we are here to help."