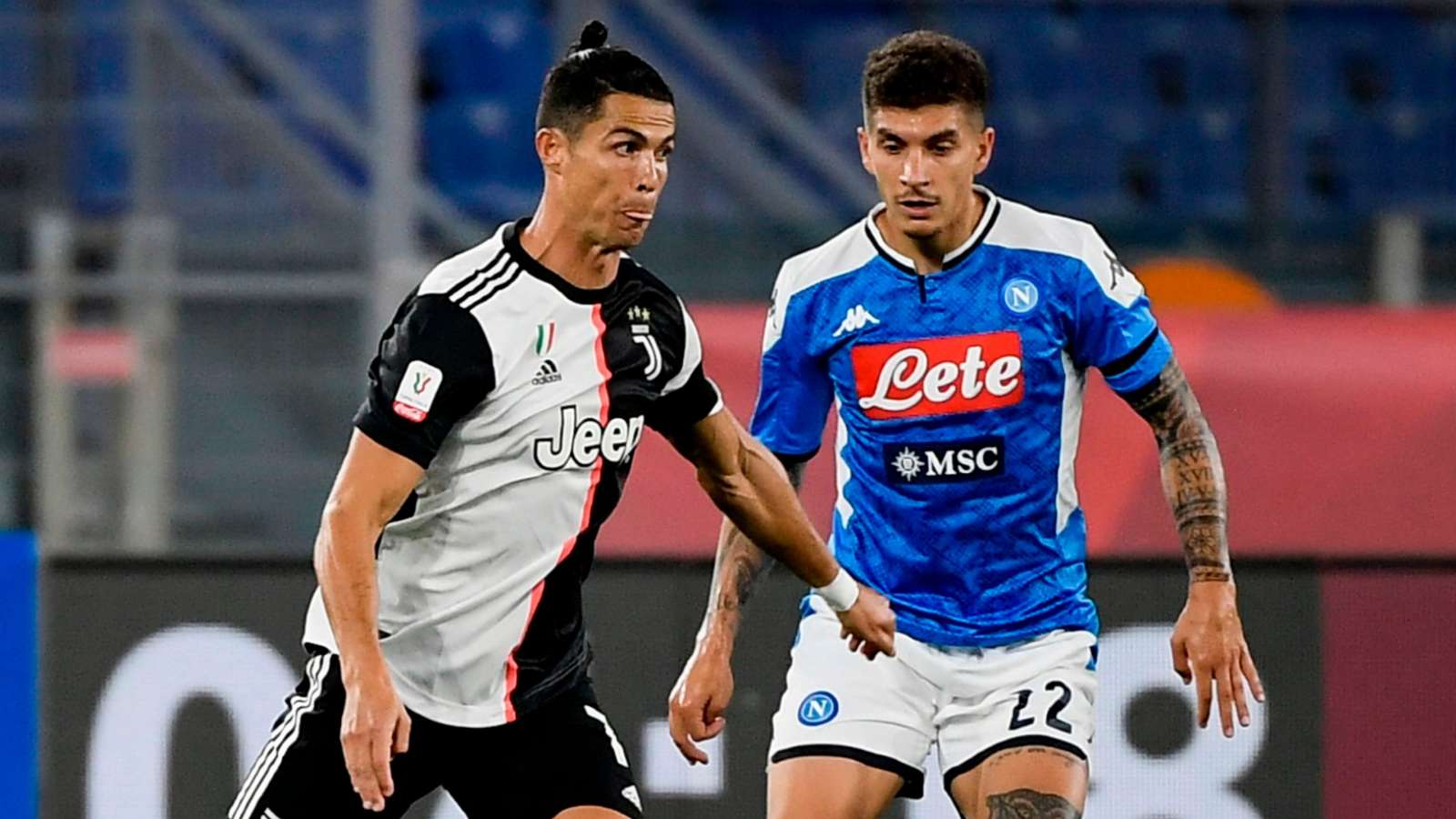 Maurizio Sarri believes Cristiano Ronaldo and his other Juventus stars are lacking sharpness after their Coppa Italia final loss to Napoli on Wednesday.

Napoli recorded a 4-2 penalty shoot-out win over Juve after a goalless draw in the decider in Rome.

In two games since returning to action following the coronavirus-enforced break, Juve have been held goalless.

Sarri said Ronaldo and his other attackers are lacking the level of fitness required after not playing competitive matches for more than three months.

"He's in the same shape as the others, like Paulo Dybala and Douglas Costa, he is lacking the sharpness to do what works best for him," he told RAI.

"I didn't say much to the players after the game. I was angry and disappointed just like them, so at these moments it's best to stay silent. We'll talk better tomorrow morning."

Paulo Dybala and Danilo missed penalties for Juventus, who are a point clear atop Serie A ahead of resuming their league campaign against Bologna on Monday.

Sarri lamented his side's defeat and believes they are lacking some "brilliance", with Juve failing to score in back-to-back games for the first time since October 2015.

"There is disappointment for the boys, for the club, for the fans, but this is a particular moment, both for the physical condition and for some important absence," he said.

"We made different choices than usual, pressing less high to have a better grip at a distance and we played the game with good levels of application.

"Right now, however, we lack brilliance to make the amount of game produced dangerous and without that brilliance it becomes more difficult to beat the man, which our players are usually used to doing easily, and finding other solutions.

"Two 0-0s are an unprecedented fact and I think it is characteristic of this period."

Napoli bossGennaro Gattuso meanwhilefeltNapoli's hard work was rewarded by a "God of football"as he claimed his first major piece of silverware as a manager.

The Italian coach is now keen to see Napoli kick on in the closing weeks of the season inSerie A, in whichthey sit sixth, nine points behind fourth-placedAtalanta.