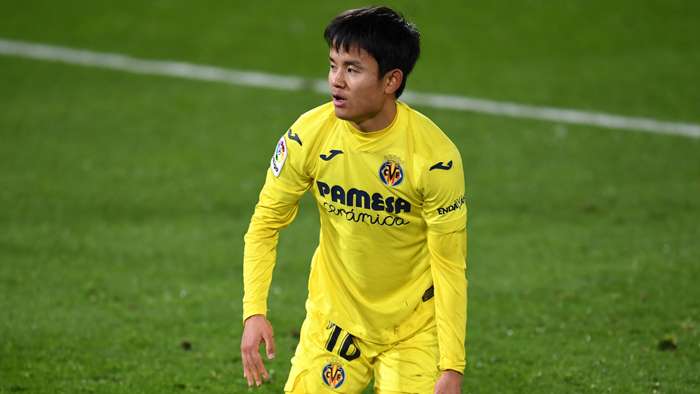 Unai Emery has admitted that Takefusa Kubo is looking to find a way out of his loan spell at Villarreal from Real Madrid.

While he enjoyed a productive time at Mallorca, things have not gone as planned at Villarreal and the winger is keen to head out of the club in January.

“I asked Kubo if he wanted to stay or leaveand he told me that he is looking for a way out,” coach Emery said after Villarreal’s 2-1 win over Levante on Saturday.

“Take’s behaviouris good, he has helped us and he must continue to grow as a player, however, he told me he wants to leave in order to find more minutes elsewhere and that’s why he wasn’t in the matchday squad today.”

Getafe are keen to pick up the player for the second half of the season.

“Kubo wants to come to Getafe,” Torres said. “Yes, another reinforcement could be Carles Alena, but we are not going to go crazy.”

An agreement would need tobe struck between Real and Villarreal for the early termination of the loan, but given that Kubo has been a bit-part player - and was not in the squad for the game with Levante - it suggests that will not be difficult to achieve.

Real are keen for the 19-year-old to secure regular game time in a bid to aid his development, and Getafe may be prepared to offer that chance.

While the focus at Villarreal is on securing a place in the top four in La Liga, the aim at Getafe is to avoid relegation.

Getafe sit in 15th in the table, two points above the relegation spots, and coach Jose Bordalas will hope any arrival is up to speed.

Bordalas’ side are on a three-game winless run and were beaten 1-0 at home by Valladolid on Saturday.