Real Madrid's forgotten man: How can James Rodriguez turn around his faltering career? 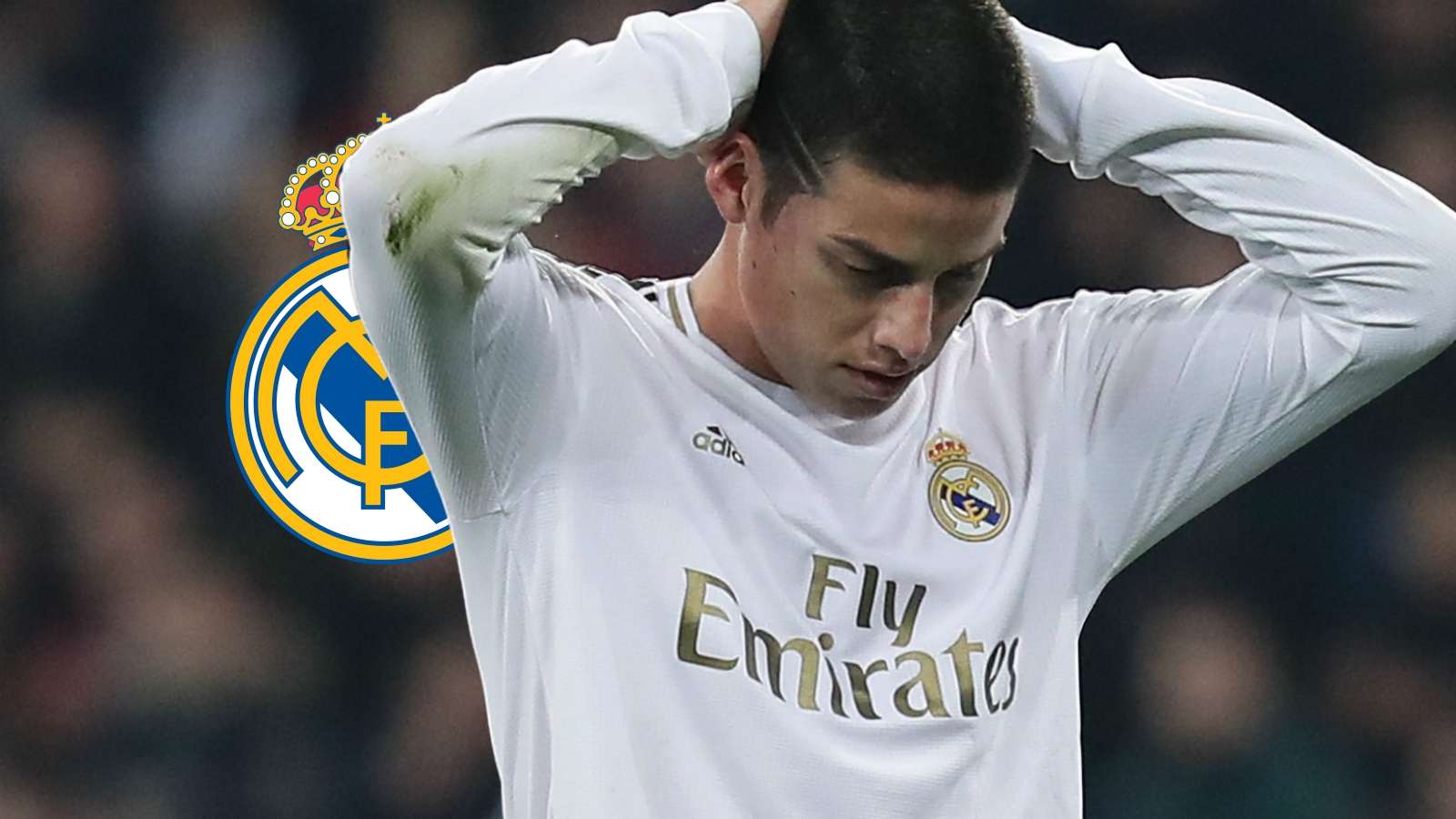 The face mask James Rodriguez donned throughout Real Madrid's first Liga game for three months may have hidden his exact expression, but it easy to imagine the frustration the Colombian felt as he warmed the bench at the Estadio Alfredo Di Stefano on Sunday afternoon.

Madrid had the luxury of five substitutes to call upon as part of the Spanish top flight's new-look, post-Covid-19 protocol. But while Ferland Mendy, Eder Militao, Gareth Bale, Vinicius Junior and Fede Valverde all saw playing time off the bench in the routine 3-1 defeat of Eibar, James remained unused and unneeded by his club – and not for the first time.

Publicly at least, and without referring to James specifically by name – given the bloated nature of Madrid's squad especially in attack there are perhaps half a dozen players in a similar situation – coach Zinedine Zidane insists he may call on all of his first-team squad in what remains of the current campaign. “All my players are important,” he told reporters prior to the Eibar clash.

“In the end the same thing always happens. I will count on all of them. We have 10 games left and the Champions League, I need all my players.

“They have to be ready. We can't do anything, the calendar is set. That is why we have a big squad.”

In practice, however, the playmaker is a virtual pariah in the Spanish capital. He has featured in a paltry seven Liga games throughout the 2019-20 season, his last appearance coming as far back as October when he played the entire 90 minutes of a disastrous 1-0 reverse at the hands of Mallorca.

The implication is clear: James is not wanted at Madrid, and Zinedine Zidane will not consider him even with the opportunity to field 16 players in any given game. No wonder that he is once again linked with an exit from the Santiago Bernabeu, having failed to convince Bayern Munich to exercise his purchase clause following a two-year loan that ended in the summer of 2019.

James is in a similar situation to that of three years ago when he first moved to the Bundesligab butthere are important differences that must be considered. In 2017 he had played a key role in back-to-back Champions League victories for Zidane's charges and, at 26, had more than established his reputation as one of the world's most talented attacking threats.

After a series of underwhelming seasons in Germany and now back in Spain, it is hard to maintain that same claim, while in the current economic climate few sides will be breaking down Madrid's door to pay his estimated €8.5 million a year salary.

Even James' compatriot, ex-Madrid man Freddy Rincon, believes he has not done enough to warrant a place in Zidane's plans. “I wouldn't say my situation is the same as his, because James has had a lot more chances,” the former Colombia star, who spent just a single season at the Bernabeu in 1995-96, fired to RCN when asked about the playmaker's Blanco woes.

“I wish I had had half or 20 per cent of the chances James has had at Madrid.”

Whatever opportunities James has enjoyed in the past, they will be few and far between in what remains of the season. Karim Benzema, Rodrygo and Eden Hazard started in Zidane's front three on Sunday with the latter two replaced by Bale and Vinicius respectively.

Behind that daunting quintet lie the further talents of Isco and Marco Asensio, who has taken advantage of the interruption caused by Covid-19 to recover from a cruciate ligament tear that kept him out for almost a year.

Even using the most optimistic projection the Colombian is no higher than eighth in the Madrid pecking order, a spot he must furthermore fight out with fringe forwards Mariano and Brahim Diaz.

Just a month short of his 29th birthday James' dilemma is clear: he is unable to beat a path into the starting line-up at his club and has been almost forgotten by the summer transfer rumour mill after a year of virtual inactivity.

That is not to say that the player is out of options. A tantalising move to neighbours Atletico has been floated , winning the approval of Colombia legends such as John Restrepo and Luis Perea.

Any move at this point, though, looks certain to require a level of sacrifice from the Colombian in reducing his wage demands in order to adapt to the ongoing crisis caused by three months of lockdown.

Should he refuse to do so, James risks squandering even more of his best years rotting away on the Madrid bench – a fate that is unworthy of a player who was one of football's most electrifying talents during his first few years at the Bernabeu.