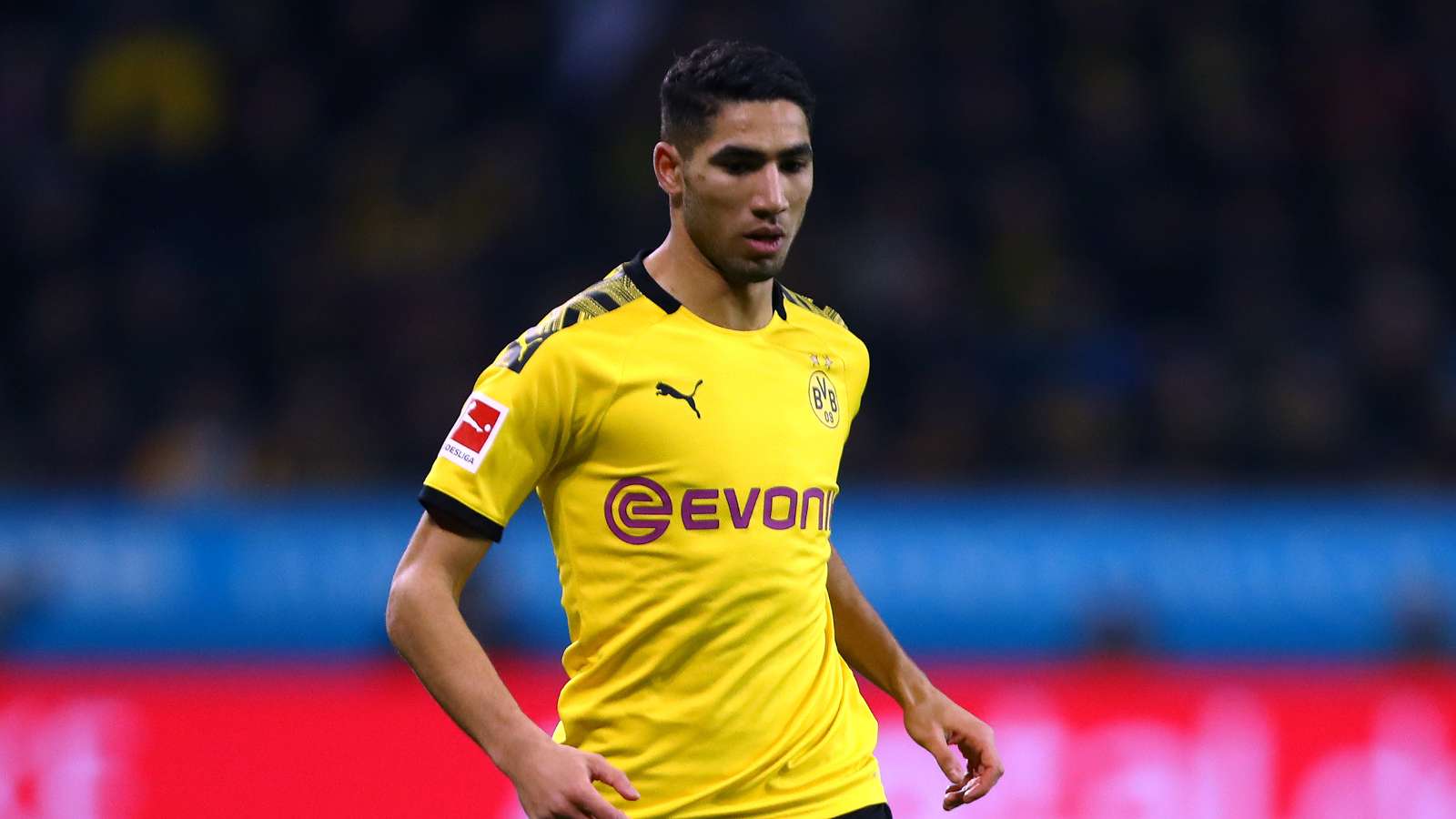 Zinedine Zidane has revealed that he is "happy" with Achraf Hakimi's performances on loan at Borussia Dortmund but stopped short at making any statements about his future at the Bernabeu.

Hakimi, 21, joined Dortmund on a two-year loan deal in 2018 and the full-back's future has become a talking point after impressing with the Bundesliga club.

Indeed, the Moroccan hasscored nine goals and provided 10 assists in 44 games for Dortmund this season, with him having emerged as one of the most impressive full-backs in Europe.

Hakimiis due to return to Madrid but has been linked with the likes of Bayern Munich and Manchester United as it remains unclear if he will be integrated into Real's first-team squad in the 2020-21 season.

And although Zidane insists he is "happy" with how the 21-year-old has developed with the Bundesliga side, he didn't comment on whether there is a future for him in the Spanish capital going forward.

"We know the season that he is doing, and I am happy for him, because in the end he needed to go out, play, make many games, and that is what he is doing," he told a news conference.

"I think that all of us here at Madrid, and they there at Dortmund, we are happy with Hakimi."

Following the speculation over a switch to Bundesliga champions Bayern, Hakimi's agentAlejandro Camano denied that there had been any talks with Hansi Flick's side.

He told GoalandSPOX: "There is interest from top European clubs, but I don't know where the rumours with Bayern have come from. It is not atopic.

"Nobody from Bayern or Real Madrid spoke to me about a possible move for Achraf to Bayern.

"We are totally relaxed and calm about the future of Achraf. He has a great relationship with Real Madrid and there is currently no reason for any talks because Achraf has a contract with Real Madrid until 2022.

"We'll see what happens when he returns to Madrid in the summer. There is no problem with Zidane at all. Achraf gets along with everyone at Real Madrid. And Zidane has known Achraf since he was a child.

"He likes him as a person and as a player. For me, Achraf is the best in his position."