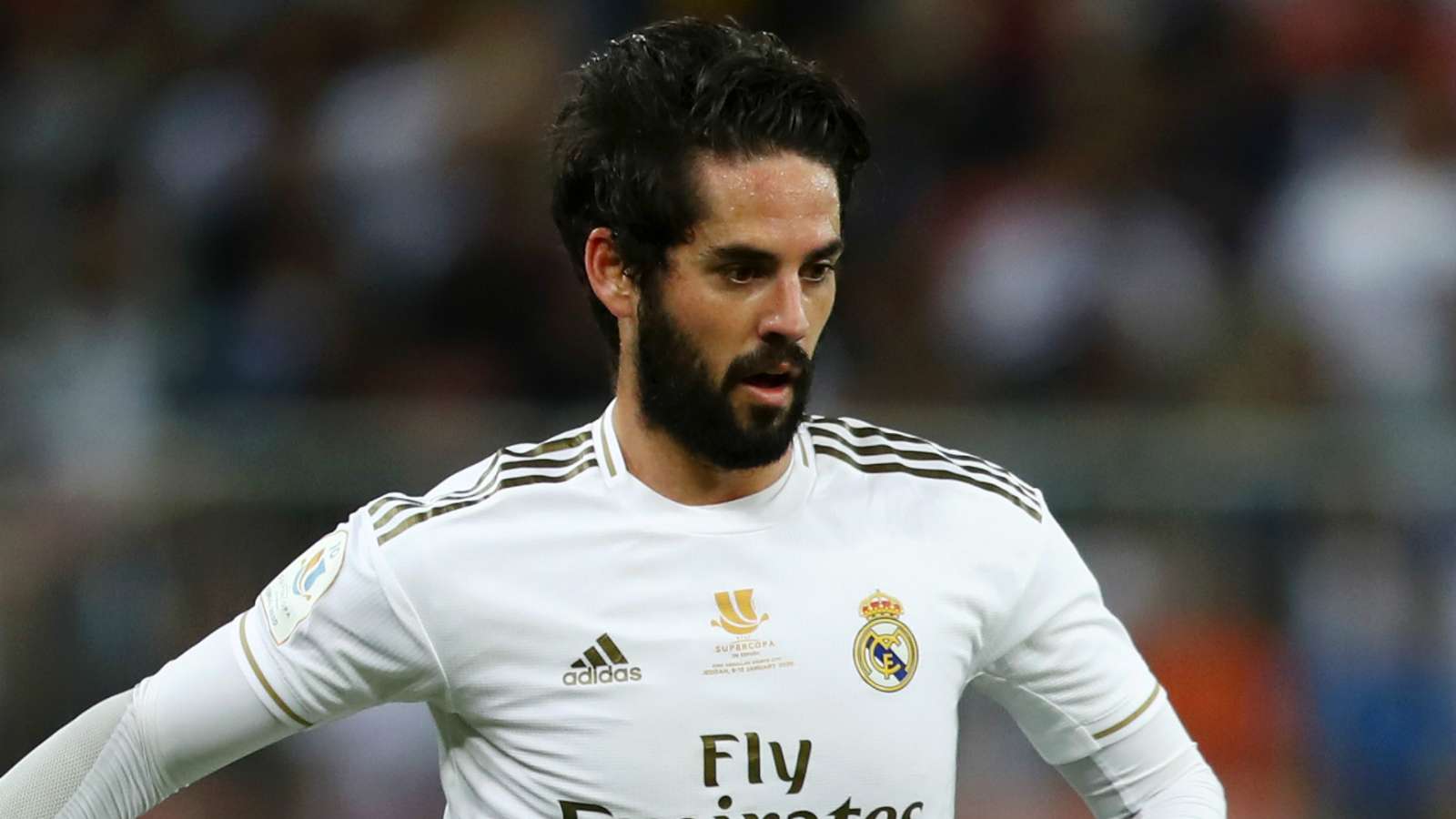 Real Madrid have confirmed that Isco has sustained a hamstring injury, which makes him a major doubt for Thursday's clash with Valencia.

Isco was an unused substitute during Madrid's 3-1 home win over Eibar on Sunday, which marked their first game back following the three-month coronavirus-enforced break in the season.

The 28-year-old hasn't featured for Zinedine Zidane's side since their 2-0 victory over Barcelona on March 1, and his wait to get back on the pitch now looks likely to be extended for a significant period.

Madrid have released an official statement confirming Isco has suffered damage to his right thigh ahead of Valencia's arrival at Santiago Bernabeu.

"Following the tests carried out today on our player Isco Alarcon by Real Madrid's medical department, he has been diagnosed with a hamstring injury to his right thigh," the statement published on the club's website read."His recovery will continue to be assessed."

Madrid could also be without Isco for Sunday's trip to the Anoeta to face Real Sociedad, as the fixture list starts piling up heading into the business end of the campaign.

Zidane's men must keep winning to stay within touch of La Liga leaders Barca, who currently hold a five-point lead at the top of the table. Realcan reduce that gap back to two if they wintheir game in handagainst Valencia, who were held to a 1-1 draw by Levante at Mestalla last Friday.

Barca are targeting a third successive top-flight crown, but Sergio Ramos has stressed that the entire Madrid squad are ready to "give it everything" in their bid to dethrone Quique Setien's men.

The Madrid captain told reporters after the win over Eibar: "We've got 10 more finals. We worked hard over the last few weeks to come back and to keep the form that maybe we've lost over the last couple of months."

Zidane will also still have his sights set on thefourth Champions League crown of his managerial career, as the Blancos look ahead to a last-16 second-leg meeting with Manchester City in August.

The competition will be completed over the course of 16 days in Lisbon, and the Madrid bosshas embraced the new format brought about by the coronavirus pandemic.