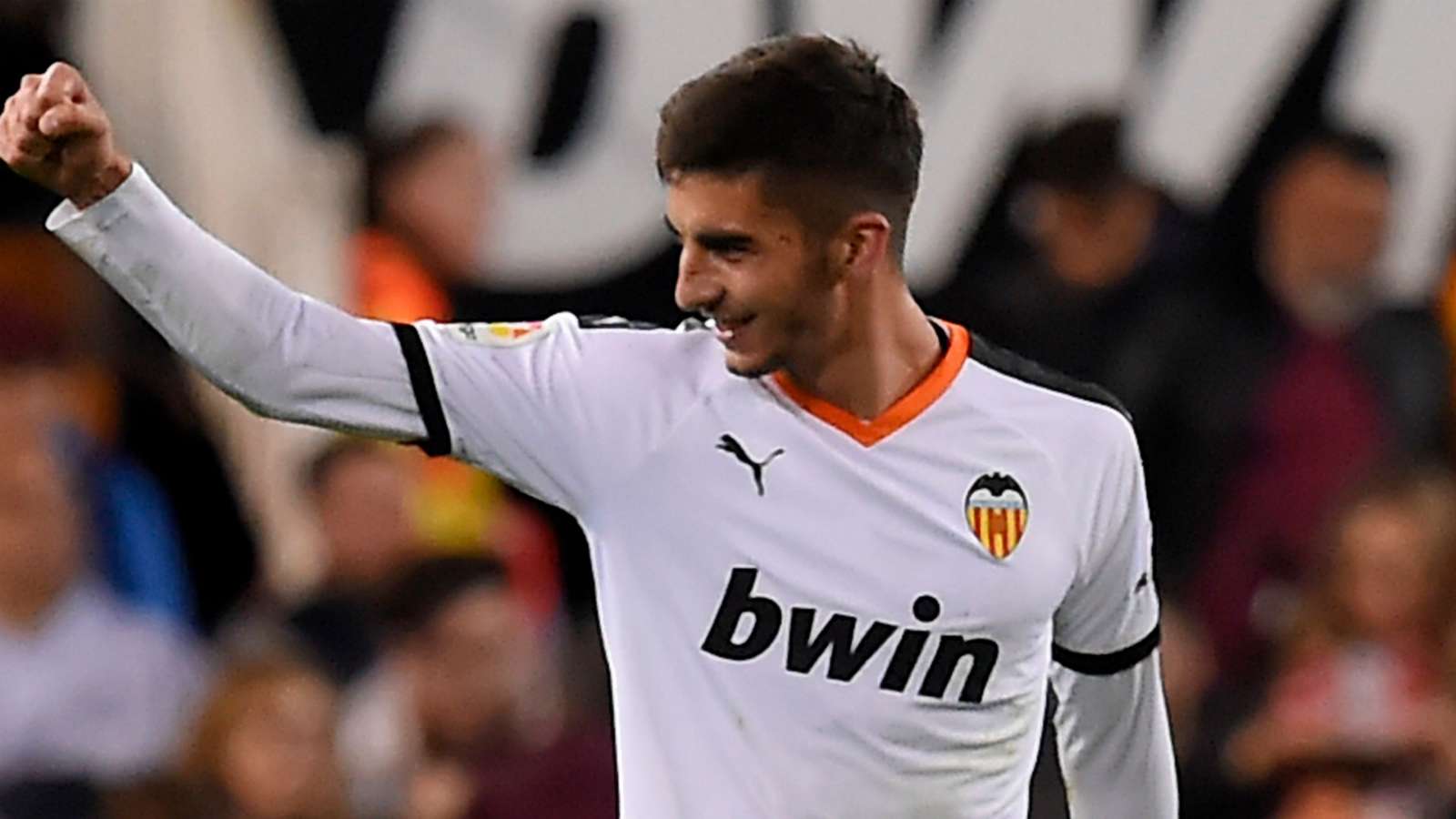 With the summer transfer window likely to become a summer-to-autumn window hybrid following the coronavirus-enforced shutdown of major European football, the usual transfer sagas that dominate newspapers and websites during the off-season are set to be even more drawn out than normal.

There will be the odd deal, such as the one taking Timo Werner from RB Leipzig to Chelsea, that will be completed quickly and ahead of the window officially re-opening. But elsewhere for the likes of Jadon Sancho, Lautaro Martinez and Jack Grealish, to name but a few, there is set to be week after week of speculation regarding interested parties and potential landing spots.

One such player who is likely facing a summer of uncertainty is Valencia winger Ferran Torres. The 20-year-old is expected to be reintroduced into Valencia's starting line-up for their clash with Real Madrid on Thursday, with the winger undoubtedly aware that he could be back in the Spanish capital come the 2020-21 campaign playing under Zinedine Zidane.

Madrid are just one of a number of clubs to be considering a move for Torres in the coming months. As reported byGoalandSPOXon June 12, Valencia have received two offers from Premier League clubs for Torres while another is on the table from an unnamed Serie A club.

Los Blancos, meanwhile, are one of two Spanish clubs who are currently weighing up the possibilities of joining the bidding war, and this all comes after Borussia Dortmund exited the race having madeTorres their primary target to replace Sancho should the England internationaldepart.

Barcelona were also understood to be interested around the turn of the year before Covid-19 left them in a financially unstable position in terms of the transfer market, but the likes of Manchester United, Liverpool, Juventus, Manchester City and Bayern Munich have all been cited as potential suitors along with Madrid.

Regardless of which club does eventually buy him, it seems almost certain that Torres will leave Mestalla at the end of the campaign. He has already rejected two offers of a new contract from Los Chethat would have made him one of the club's top earners, and on June 30 will enter the final year of his current deal.

That contract includes a release clause of €100 million(£90m/$113m), but it is unlikely any team will have to meet that inside the final 12 months of his deal. Valencia, too, are keen to sell if they cannot agree to fresh terms, meaning a compromise on price is likely to be met.

But what makes a player who is yet to earn a senior cap for Spain and has registered just four goals and four assists in 26 league matches this season one of European football's hottest properties?

"He can also playinside andtake advantage of spaces. He can be part of a team that plays on the counterattack or a dominant team in terms of possession."

Most comfortable on the right-hand side, Torres' direct style makes him a menace for opposition full-backs to deal with.

Of midfield players to have made 20 or more starts in La Liga this season, only three have attempted more than Torres' 92 dribbles. Of those players, only Martin Odegaard at Real Sociedad has a higher success rate, completing 58 per cent to Torres' 47%.

"He is a magnificent player who has made huge progress this season," Valencia coach Albert Celades told a press conference in early June."From the beginning of the season he has improved after every game until now, and he is at a very high level."

That ability has not gone unnoticed, with Torres having been seen as a driving force behind attacks almost since the moment he joined Valencia's academy at the age of six. It is an attribute, some believe, that would make him most at home in the Premier League.

"He could play for any team in the world but, for me, he could be very useful in English football,” Santi Denia, a former Atletico Madrid defender who nowcoaches Spain's schoolboy teams, toldThe Athletic.

“We always used him with the national team as a pure right winger, on his natural side, where he could take on people on the outside.

"Wingers are often used in England, more than in Italy, for example, although he has evolved more with Valenciaplaying inside, or even on his opposite wing. He is developing his game in a spectacular way."

There are a number of Premier League clubs who are on the look-out for external attackers who play off the right.

Manchester United have made no secret of their admiration for Sancho, but have reportedly scouted Torres as an alternative. City, meanwhile, only have Riyad Mahrez as a natural right winger, with Raheem Sterling more comfortable on the left-hand side and likely to feature their more often than not if Leroy Sane completes his long-protracted move to Bayern.

But it is Liverpool, having missed out on signing Werner, that perhaps could be the perfect fit of those Premier League clubs thought to be interested, with Jurgen Klopp clearly keen to add depth to his forward line.

"He can perform well in any team and in any league," Gomez added."In England too, of course, at Liverpool or any other team.

"Klopp's system fits him and he is mentally very strong to cope with the pressure and demands of playing for such a big club."

Elsewhere on the continent, Juventus are understood to be very keen to bring Torres to Turin, so much so that they have consideredselling either Federico Bernadeschi or Douglas Costa in a bid to raise funds.

But if Torres' recent claims are to be taken at face value, then remaining in Spain could be his preferred option.

"For young players, La Liga is the best league there is," he told Club del Deportistaat the start of June. "It is helping me a lot and I am learning all the time."

With that in mind, and with Barca seemingly out of the race as they place all their eggs in Lautaro's basket, Madrid could, in theory, be at an advantage were they to turn their interest into a concrete bid.

Los Blancos are not short of attacking options, of course, but Florentino Perez has focused predominantly on adding young talent to a squad that won four Champions League titles in five years between 2014-18 but that is now starting to show the signs of age.

A number of those youngsters, or 'Baby Galacticos',have arrived from South America, but Madrid have always regarded themselves as the place to be for Spain's best talents, meaning it is easy to see why they would be keen on a player such as Torres.

Thursday's game at Estadio Alfredo di Stefano may, then, act as an audition for Torres to prove his worth.

The wideman required stitches in his knee following an accident at home ahead of La Liga's resumption and could only make a cameo appearance off the bench in Valencia's first game back against Levante on Friday.

But with his injury now healed, Torres is ready to show Madrid and the rest of the world just why he is set to be on the lips of fans around the continent for the remainder of the summer.