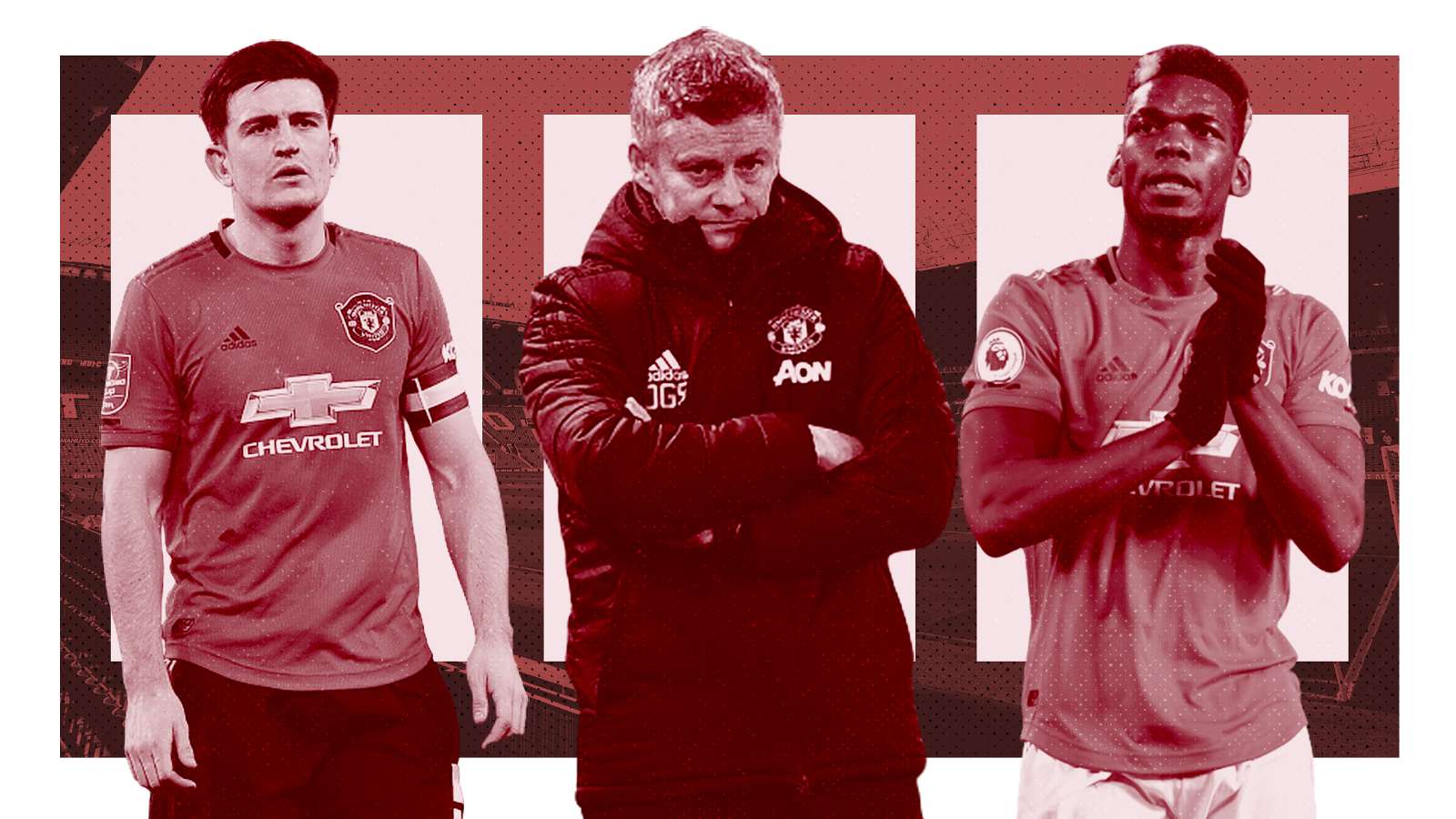 When Manchester United face Jose Mourinho’s Tottenham side on Friday, it will be exactly 100 dayssince the Red Devilswere last in competitive action.

The behind-closed-doors 5-0 rout over Austrian side LASK in March seems like a lifetime ago, andOle Gunnar Solskjaer’s side must now rediscover the encouraging form they were showing before coronavirus shut down football.

United remain in two cup competitions and are just three points off Chelsea in fourth with nine Premier League games to play.

Despite that, they head into the final weeks of the campaign with a number of issues that may need ironing out...

The three-month break from footballcould not have come at a worse time for United. They were on an 11-game unbeaten run in all competitions– the longest such streak since Ole Gunnar Solskjaer was given the job on a permanent basis in March 2019.

The arrival of Bruno Fernandes in the January transfer windowsaw things click into place for United. The question is whether they can pick up where they left off,as they cannot afford to mirror the end of last season’s campaign.

In United’s final 12 games of the 2018-19season they lost eight times– during which they were eliminated from theFA Cup andChampions League.

Their final two league games came against already-relegated clubs in Huddersfield Town and Cardiff City, but they were only able to muster a solitary point from those matches.

It was not good enough.

Like last term, United still have plenty to fight for and the potential to enjoya very successful end to the season. A top-four finish is well within reach, they face outsiders Norwich City in the quarter-finals of the FA Cup and are almost certainly in the last eight of the Europa League.

United have a real chance of a completing a memorable campaign, but they will have to do something they have struggled with in recent years: maintain consistency.

Will there ever be a point where there is not a question mark over Paul Pogba at United?

And it is likely there will be more questions than answers over the France midfielderover the coming months.

Will he stay? Will he go? Will he even be able to stay fit?

One question that will get an answer, though, is whether he can play in the same side as Bruno Fernandes .

Ole Gunnar Solskjaer has no doubt the pair will be able to strike up a partnership, andit will be interesting to see how the Norwegian coachis able to deploy the pair from a tactical point of view.

Solskjaer's favoured 4-2-3-1 formation does not really suit the attacking capabilities of both players, so hemay have to switch to 4-3-3 or a diamond in midfield to accommodate them both.

Pogba has shown in the past that he is ableto adapt to different tactics, systems and patterns of play under various managers, and his versatility will certainly be required for the remainderof the campaign.

For a long time there have been questions over his consistency, but never his ability, and if the 27-year-old can combine both in the run-in, it will help United finishe the season strongly.

No matter how good he is, though, the questions over his long-term future will remain, even if the financial situation post-coronavirusmeans he will likely end up stayingat Old Trafford beyond the end of the campaign .

Solskjaer's selection dilemmas in midfield aredue to the fact that all of his players in that area of the pitch are fully fit again, and the same issue liesin defence.

Harry Maguire has established himself as first-choice centre-back since his summer arrival from Leicester City, but Solskjaer has yet to settle on who is his ideal partner.

Victor Lindelof has played with Maguire on 32 occasions in all competitions, but it is possible that circumstance and a lack of other viable options has led to the Sweden international playing so regularly.

Eric Bailly’s return from injury and Axel Tuanzebe gainingfull fitness giveSolskjaer alternative options to experiment with before the end of the season. Bailly, in particular, impressed in his two starts before the suspension of football and is likely to be given minutes in the coming weeks.

Solskjaer, meanwhile,is set to beon the hunt for a centre-back in the upcoming transfer window, but a solid end to the season from an individual alongside Maguire could solve that potential headache.

Speaking of signings, the finalfew weeks of the season will likelyconfirm where it is United need to strengthen in the transfer window.

A wide attacker and a midfielder remain the priority,and while executive vice-chairman Ed Woodward has warned the transfer window will not be "business as usual" ,the club are still expected to spend when the window opens.

With nine Premier League games remaining, a knockout competition in Germany to complete in the Europa League and the FA Cup to compete in, there isplenty of opportunity for Solskjaer to rotate his team and confirm where he needs back-up and better alternatives.

Similarly, it gives a handful of players an opportunity to impress ahead of possible departures in the summer.

Jesse Lingard is one player who has struggled for game time and form this season, and needs to use the next few weeks to show why he is key to Ole Gunnar Solskjaer’s rebuild. Otherwise, he may be deemed surplus to requirements.

Solskjaer’s appointment as United manager has been questioned a number of times.

Some have claimed that the Norwegian is out of his depth at Old Trafford while others have argued that he does not have the tactical acumen to succeed at the top level.

His initial 11-match winning streak in the winter of 2019 enabled him to secure the job on a permanent basis, but the end of the last campaign and a mixed bag at the start of this seasonmeans the doubters have never really gone away.

However, there have been elements to his tenure which suggest the club is moving in the right direction with Solskjaer at the helm.

His change intransfer strategy to sign young, British players is working, withall five of his acquisitions havingslotted in well.

Now, for the first time, he has a fully fit squad available to select from and it is down to Solskjaer to get the best out of them. The United board have stood by him throughout his reign, and there has never been any suggestion his job is under threat.

Champions League qualification and ending the season with a trophy, be that the FA Cup or the Europa League, would be a perfect way for Solskjaer to show that he is the right man for the long haul after all.