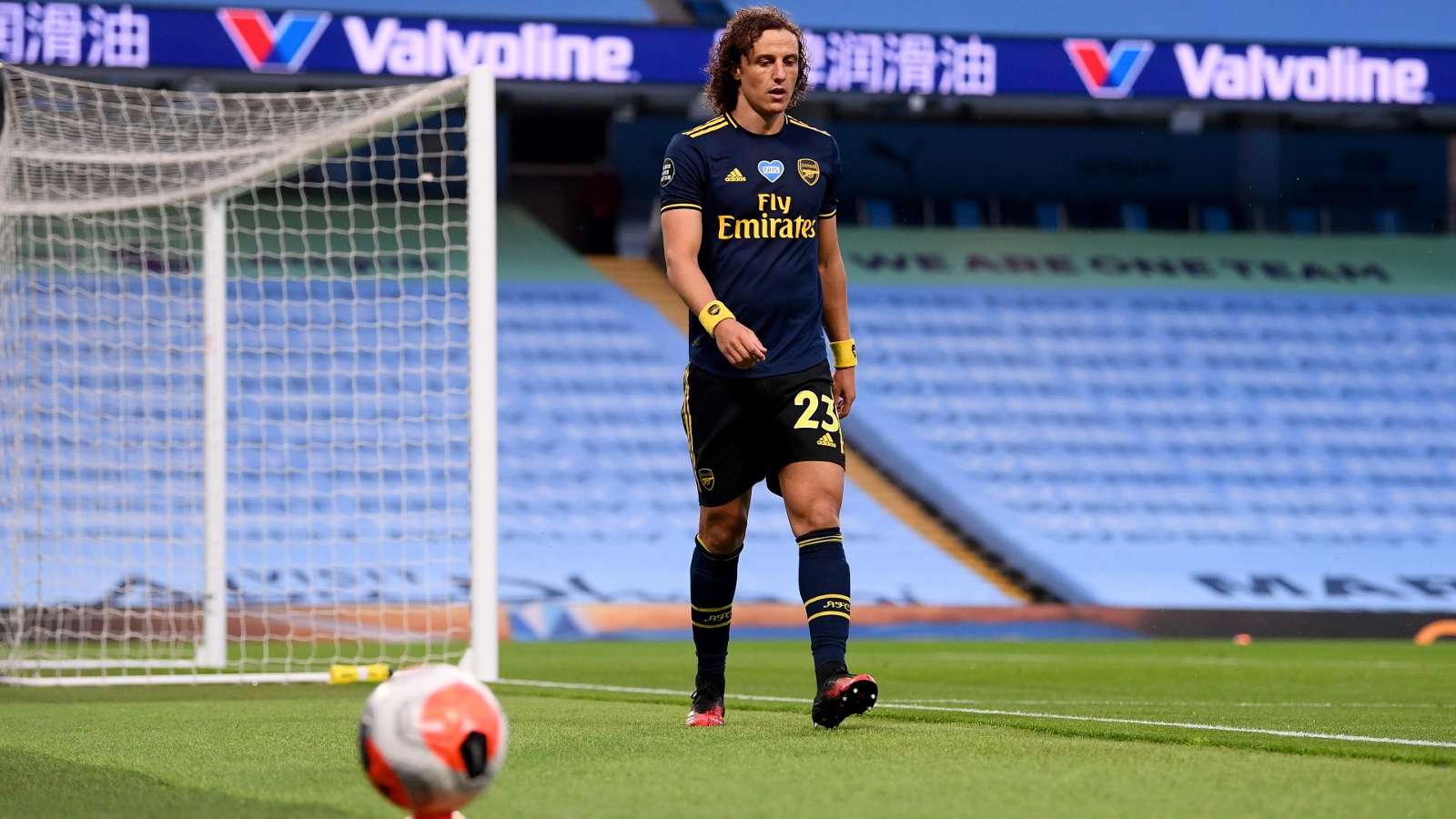 Jamie Carragher believes David Luiz has no future at Arsenal after he wassent off in a 3-0 loss to Manchester City .

Luiz has struggled to impress since moving to the Emirates from Chelsea, giving away four penalties so far this season - the joint-most by a single player in one Premier League campaign.

On Wednesday against City, the Brazilian also became the first player to be sent off , concede a penalty and commit an error leading to an opposition goal in a Premier League match since Carl Jenkinson did the samefor West Hamin August 2015.

With his current Arsenal contract due to expire at season's end, Carragher believes Luiz has no long-term future at the club as he discussed the defender's latest error.

"I know Kevin De Bruyne does get a good ball in at the time and maybe it's come off the turf as well which adds the extra bit of pace but no, it's happened so often it's no surprise why he's on the bench," Carragher said on Sky Sports post-match.

"As I said before the game, I don't think there's any future here for David Luiz at Arsenal next season, that probably just puts payto that."

Luiz, who was subbed on in the 24th minute for Pablo Mari following an injury to the Spanish defender, looked far from his best against City,with Gary Neville adamant the 33-year-old hasn't learned from past mistakes.

"I have no words really," Nevillesaid on Sky Sports . "I've said everything I've got to say over the last few years. He never learns, he's so rash.

"You've just got to let him go. We've seen so many times he's been unable to let the first mistake go and that second one...off you go.

"City started playing well 25 minutes ago in this game - when David Luiz came on. He will never get rid of those kind of mistakes."

Benficapresident Luis Filipe Vieira recently suggested Luiz was close to signing a new deal with Arsenal but the player himself conceded post-game his future remains up in the air and needs to be sorted.