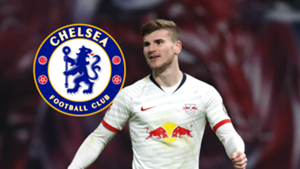 There is no formal agreement in place yet that will see Chelsea sign Timo Werner from RB Leipzig this summer, according to Oliver Mintzlaff, the managing director of the Bundesliga outfit.

Earlier this week, news broke that Chelsea had triggered the attacker's ?54 million (EUR60m/$68m) release clause in his contract and will beat both Liverpool and Manchester United to his signing.

Mintzlaff, however, says he has yet to receive a formal approach and that his side are instead focusing on finishing the campaign as strongly as possible.

"We haven't had an exchange yet," he told Sky Sports Deutschland on the 24-year-old. "Accordingly, we have nothing to report. Timo Werner is a player for RB Leipzig. He signalled a few weeks ago that he was busy with a transfer. Until now nothing is done.

"We are concentrating on the final sprint in the league. We want to qualify for the Champions League. That is the only thing we are currently discussing with Timo.

"It was important for us that we extend the contract with him. We did that last summer because of course it is important for our young club that no player moves on a free transfer.

"Of course, there was this exit clause that we put in the contract to give him the opportunity to take the next step.

"Now Timo is sitting in the driver's seat, not us anymore. So far, he has not drawn upon the clause, nor has any club sent us a transfer contract."

Having eliminated Tottenham at the last-16 phase of the Champions League, RB Leipzig remain active in the competition but may face the prospect of playing their quarter-final - expected to take place in August - without their leading marksman.

"If Timo should leave the club, we're sure that the buying club will allow us to keep him until the end of the Bundesliga season, whenever that is," Mintzlaff said. "We can only discuss the Champions League when we know when it is going to take place. It won't be decided until mid-June."

Prior to Saturday's fixtures, the club sat third in the Bundesliga, with the top four to qualify for the Champions League.