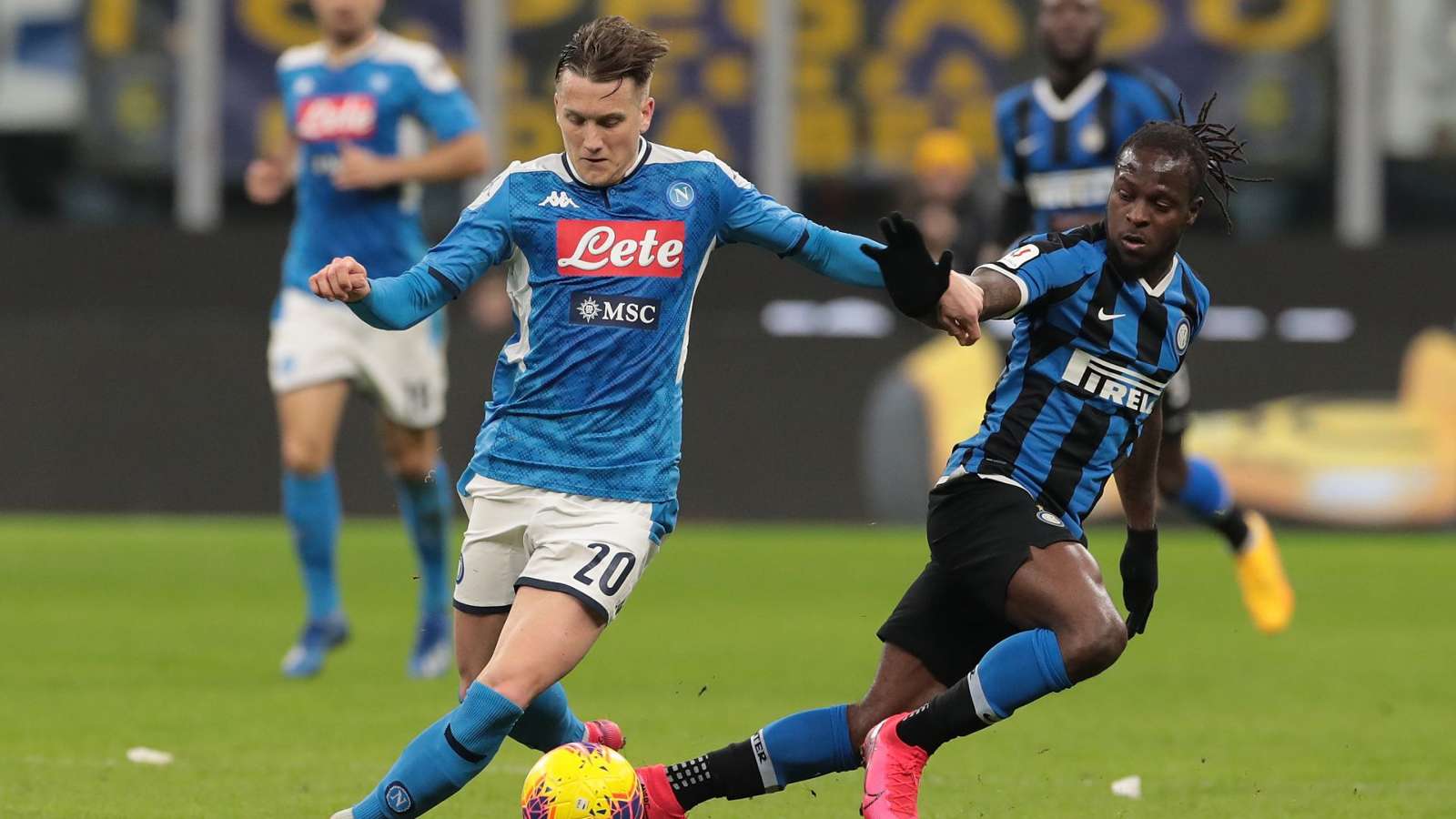 Inter will be aiming to come from behind when they travel to the Stadio San Paolo to take on Napoli in Saturday’s Coppa Italia semi-final.

The Nerazzurri went down 1-0 at the San Siro in the first leg way back in February, before Italian football was suspended due to coronavirus by the end of that month.

Having run out 3-1 winners in their last visit to this ground, they are narrow 6/4 (2.50) favourites with bet365 to get themselves back into the tie by coming out on top once again.

Kostas Manolas is unavailable due to a muscular injury, while Allan, Fabian Ruiz and Dries Mertens will all face late fitness tests.

Diego Godin and Matias Vecino have been ruled out due to injury, although Stefan de Vrij and Alessandro Bastoni are fit to return.

Having conceded just three goals in their last five matches before the hiatus, the Partenopei will back themselves to protect their lead with a strong defensive performance.

Indeed, their opponents managed to hit the net in just one of their last three domestic fixtures, albeit scoring twice in both Europa League matches against Ludogorets.

What’s more, encounters between this duo have rarely been high-scoring recently, with five of the previous seven seeing no more than one goal.

With the tie tightly poised and both sides lacking match practice, odds of 19/20 (1.95) seem like solid value on under 2.5 goals being scored for the sixth meeting in eight between Napoli and Inter.