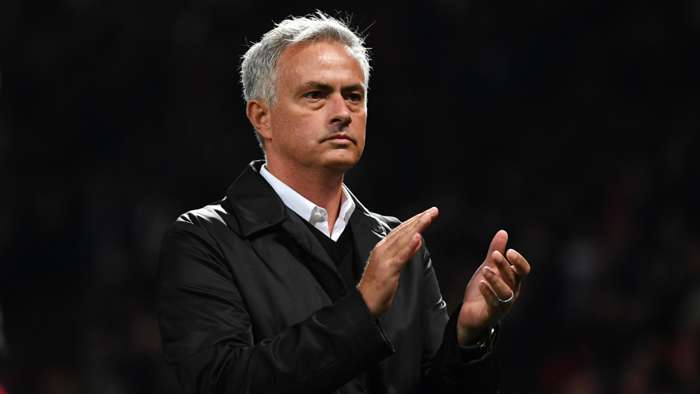 Jose Mourinho has picked out Aston Villaas his favourite team to watch in the Premier League after seeing Tottenham down much-lauded Leeds in north London.

Leeds favoured an adventurous approach when visiting the Tottenham Hotspur Stadium, but leaks at the back came back to haunt them.

Bielsa’s side have won many admirers this season, with the Whites refusing to change their ways after returning to the big time, but Mourinho is not their biggest fan.

His next Premier League challenge will see Spurs head to Villa on January 13, with the 57-year-old expecting a tough test against Dean Smith’s side.

Mourinho told BT Sport after seeing it suggested that an “easier” run is approaching for Tottenham: “When we played the people who are considered the top six people say easier games are coming but I of course don't believe it.

“Leeds are difficult and Aston Villa is my favourite team in the Premier League at the moment. I enjoy watching them, they have good players and are very well coached. This is up next.”

Spurs have knockout games against Brentford and Marine to come in Carabao Cup and FA Cup competition before facing Villa, and will head into those fixtures buoyed by a welcome Premier League success that has lifted them back into the top three.

Mourinho added: “The three points are very important. I think we understood well how they could hurt us and how we could hurt them. In that aspect I am happy but I still think we can and have to do better.”

Harry Kane and Heung-min Son starred for Tottenham against Leeds, with the former opening the scoring from the penalty spot before teeing up the latter for a second – with the pair having now combined for 13 goals in the Premier League this season.

Quizzed on whether he boasts the most destructive strike pairing in English football, Mourinho said: “Of course, the understanding is good and against Leeds it was important to have that ability in attack.

“They stay man-to-man so if you stay static you give them an easy job. That movement of Harry Kane and Sonny in the finishing positions fit well.

“I think in the Premier League there are many good players everywhere even in clubs where you don't believe they can have great players. But I have to say that Sonny and Harry are doing special things this season.

“I want goals coming from other players and I want them to feel like they can express themselves.