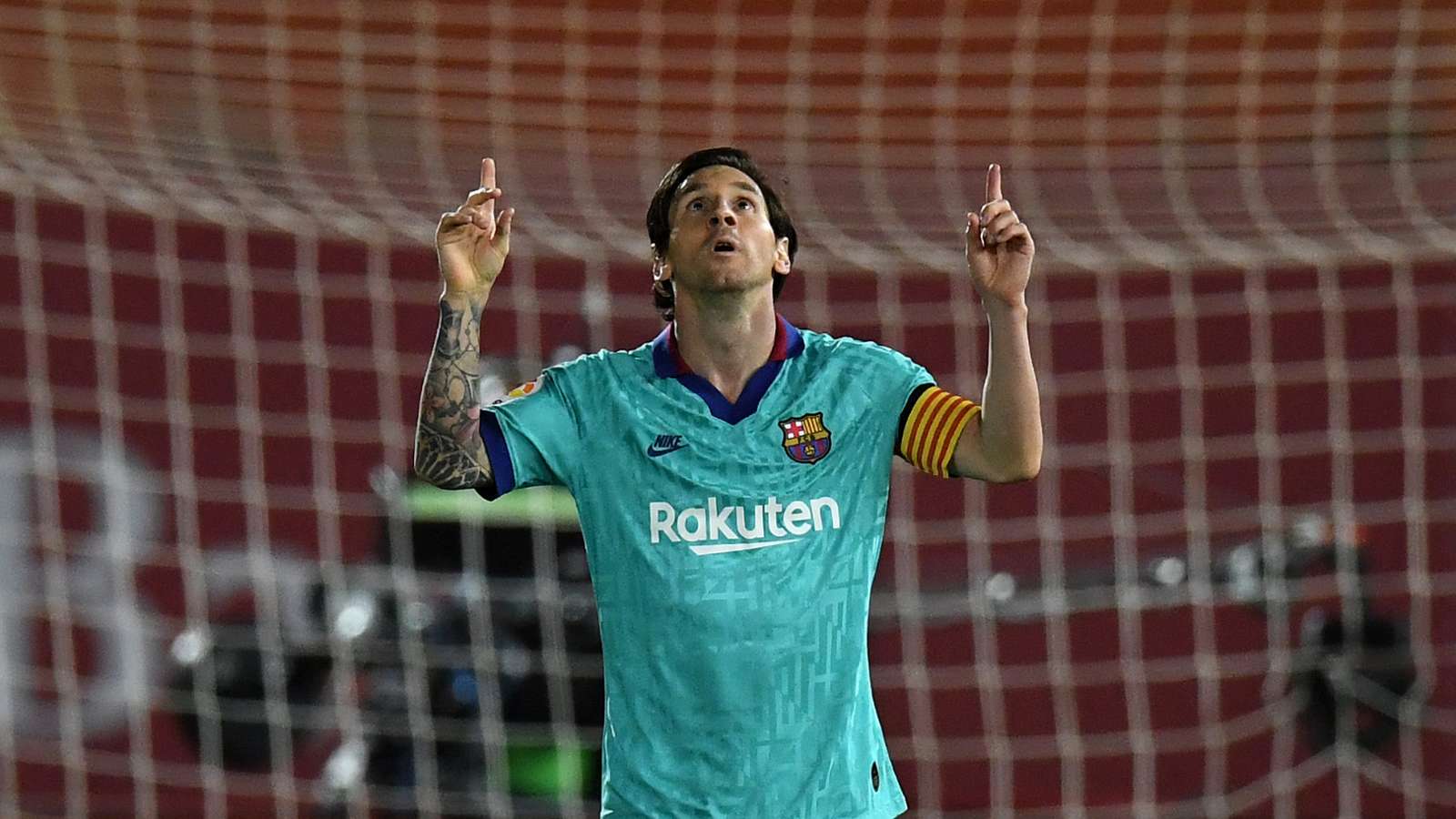 Lionel Messi set another La Liga record on Saturday as Barcelona made a winning return to the pitch.

The leaders won 4-0 at Real Mallorcain their first match since the campaign was suspended in March due to the coronavirus pandemic.

Arturo Vidal opened the scoring after just two minutes before Messi set up Martin Braithwaite for his first Barca goaland then Jordi Alba to make the points safe.

Messi then added a fourth in second-half injury time to reach 20 La Liga goals for 2019-20.

The Argentina star is the only player to score 20 or more goals in Spain's top flight in 12 consecutive seasons.

Messi's strong performance against Mallorca also saw his league assist tally this season rise to 14, making him both the top scorer and top assist provider in La Liga this campaign.

Ahead of Barcelona's return to action, club legend Rivaldo stressed Messi's workload must be managed carefully, though the 32-year-old did end up playing the full 90 minutes on Saturday.

“Lionel Messi had some physical issues last week, so there's a lot of discussion about whether he play the whole game forBarcelona in their first game back against Mallorcaon Saturday," Rivaldo toldBetfair.

“Barca are two points head of Real Madridat the top of the table so the title race is tight. If Barca can pull away, they could rest Messi in a few games.

“If the battle goes to the wire then he might have fewer chances to rest - perhaps only in games which Barca manage to dominate from the first-half - but it will be important forQuique Setiento manage his squad well, as it won't just be Messi that will reach the first game still looking to be 100 per centfit, after all everyone has stopped and it's not easy to resume on the best form.

“As we know, Messi is always in contention for the'Pichichi' top scorer award in La Ligaand always making the difference in the team, so he wants to be on the pitch all the time and it's difficult for the manager to rotate him. He also fights for the Ballon d'Or every season and that's on his mind regularly, so you can't go to Messi and simply tell him 'take a rest'.”