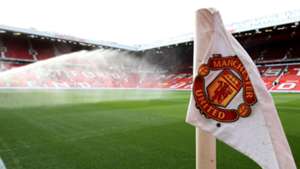 Tony Dunne, who was part of the Manchester United side who won the European Cup in 1968, has died at the age of 78.

Dunne joined the Red Devils from Shelbourne in 1960 and went on to play in 535 games, a number that sees him sit eighth on the club's all-time appearances list.

The full-back was twice a league champion during his 13 years at Old Trafford - helping claim the title in 1965 and then again in 1967 - as well as the FA Cup.

Dunne featured in every round as Matt Busby's squad were crowned champions of Europe in 1968, becoming the first English team to lift the famous trophy in the process.

Capped 33 times by the Republic of Ireland, Dunne joined Bolton Wanderers on a free transfer in 1973, spending six years there before finishing his playing career with a short stint in the North American Soccer League with Detroit Express.

In a tweet following the news of his death, United described Dunne as "one of our greatest-ever full-backs", adding: "Our heartfelt condolences go to the loved ones of Tony Dunne. May he rest in peace."

"Shelbourne FC is saddened to send our condolences to the family and friends of former FAI Cup-winning Shels player Tony Dunne after his passing," the Irish club posted.

"Tony had a glittering career, winning a European Cup with Manchester United."

Bolton, who Dunne joined to win the Second Division title after leaving the Theatre of Dreams, said they were 'saddened' at the news of the defender's death.