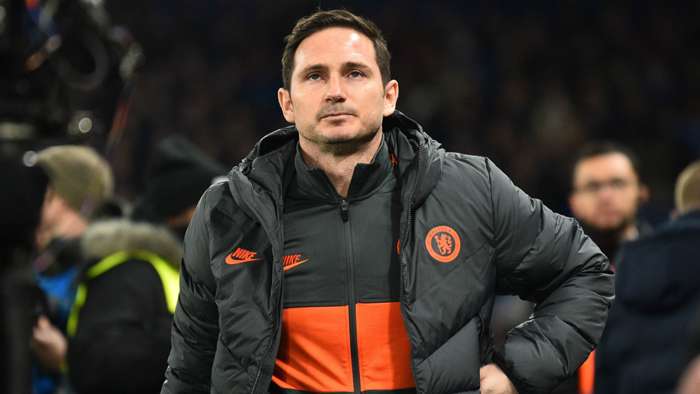 Pep Guardiola’s side will be back among the elite in 2020-21, with the intention of those at Stamford Bridge being to join them.

Inconsistency is making life a little difficult in that quest at present, but Chelsea’s fate remains squarely in their own hands.

A ban for City would have meant that they could slip as far as fifth and still book a Champions League berth, but Lampard insists his focus has always been on finishing inside the top four.

The Blues boss told reporters ahead of a home date with relegated Norwich on Tuesday: “I genuinely don't see beyond the games at hand. We've got a few games now, we know that. We want to win them and then see if it gets us European, Champions League football for next season.

“I was never pinning my hopes on it being an extra team getting in or not, we worry about ourselves.

“If we win enough games now we can get into the Champions League.”

Lampard added on whether pressure on his side has now been ramped up: “I don’t know. We are sitting third, it is in our hands.

“I wouldn’t want the players to be thinking that there is an extra place, can we relax a little more? It can’t be the way.

“The pressure is there to get Champions League football. It is just what happened with City, it is clear now. It’s the position and we have to fight for it.”

Chelsea are already piecing together ambitious plans for next season, with deals done for the likes of Hakim Ziyech and Timo Werner .

The plan is to give them a Champions League stage to grace, with Lampard confident that even more top talent can be lured to west London.

He said when asked whether missing out on the top four would impact his recruitment plans: “Not really a question just for me and it is a hypothetical one for me to answer before the event, hence why I don’t jump forward into that.

“We have brought a couple of players into the club already, which shows positivity about where we want to go.

“We know the club not being able to do business in the last two windows has meant we haven’t been able to bring in, move players out and I think that is as an important thing than bringing players in at times, to keep freshening up the squad and keeping the competitive nature of it.

“I know where I want to go with the squad, but that has to be a fluid conversation with the club. Of course, economics will come into it, so we will cross that bridge when it comes.”