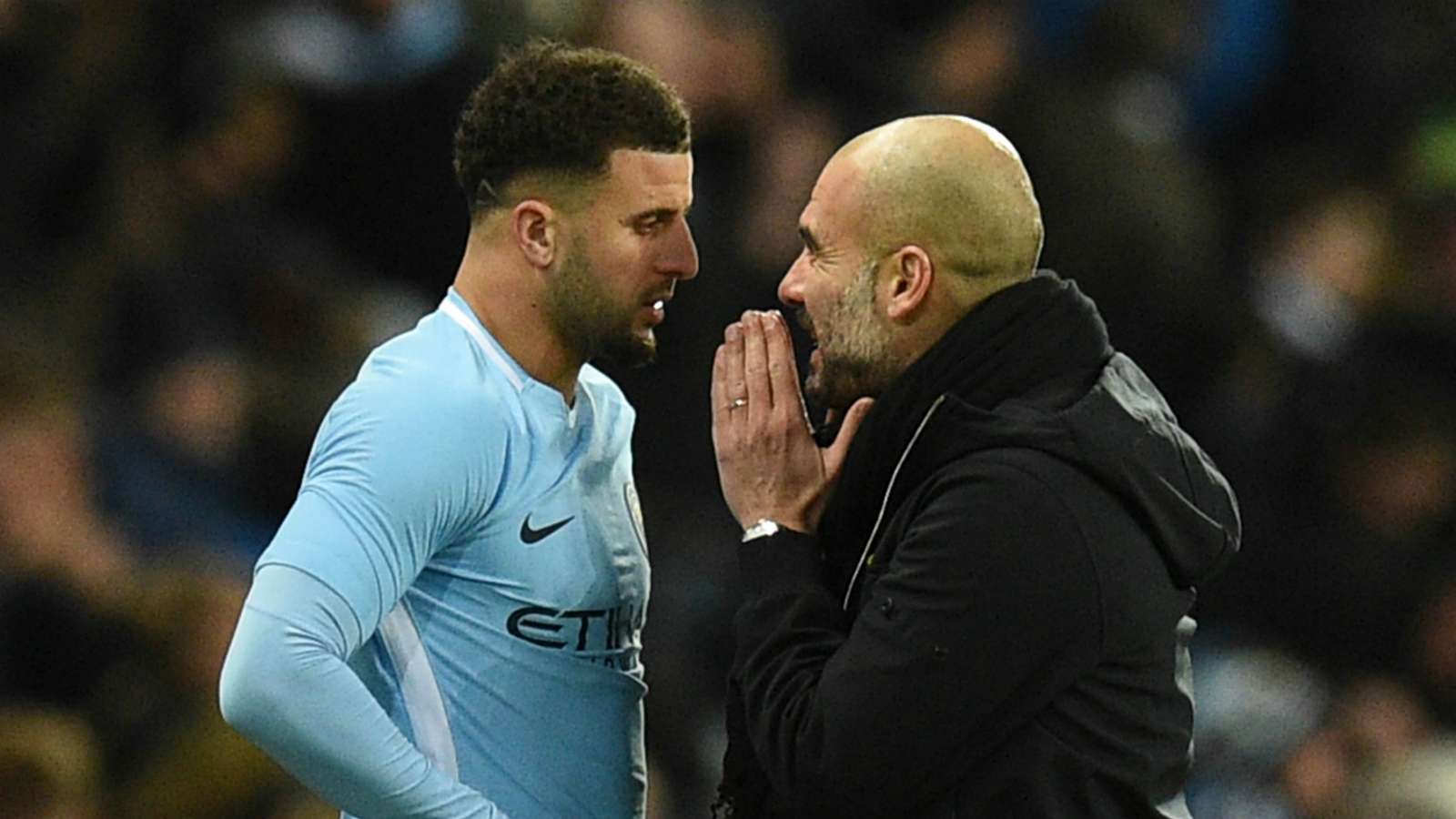 Pep Guardiola has defended Kyle Walker after criticism of the Manchester City defender's behaviour in the lockdown period.

The England international was reported by The Sun to have committed three breaches of coronavirus stay-at-home rules in 24 hours last month. That came after he apologised in April for hosting a partywith a friend and two women at his home in Cheshire.

City said at the time of the first allegations they were "disappointed" by the claims and would conduct an internal investigation.

Walker, 30, later said he felt "harassed" by the media attention on his private life, claiming his behaviour was being "scrutinised without any context".

It was claimed that in May he visited his parents and sister before lockdown rules were eased, and also tooka bicycleride with a friend.

City manager Guardiola said in a news conference on Tuesday: "I judge my players with what happens on the pitch.

"I think Kyle made a brave statement. What I want is the best for him and especially his family. His wife and kids, parents - that is what we want. As a human being that always goes first rather than the football player,and I think Kyle expressed his thoughts in his statement."

City face Arsenal on Wednesday night in one of two Premier League games, the first top flight action in England following the enforced break in the season due to the coronavirus pandemic.

Guardiola, however,has warned his Cityteam will be undercooked for the return of the Premier League because they were given "not enough" time to prepare.

"If you ask me how the team is, I don't know," Guardiola said. "Tomorrow we will see the level. From there, we are going to see and suggest what we can do better.

"All Premier League teams have three weeks. Of course we know it is not enough but it is what it is.

"We are ready to play one game, but three days after another, four days afteranother, we are not ready. That's why you have to rotate. But we have to start, we have to finish the season, because the damage economically can be reduced."