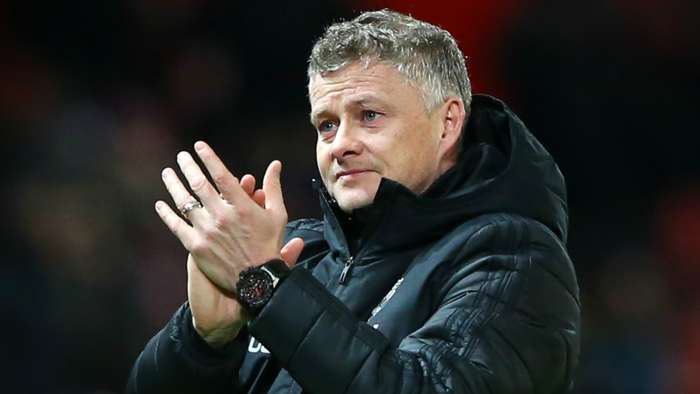 Manchester United have got their momentumback, according to Roy Keane, who is confident that the Red Devils will secure a top-four berth come the end of the season.

United had gone 11 matches unbeaten before the campaign was postponed for three months due to the coronavirus outbreak, with January arrival Bruno Fernandes helping to lift the mood of gloom surrounding Old Trafford while inspiring his new team-mates to raise their game.

The Red Devils have picked up from where they left off in March, winning four of their last five top-flight fixtures to move to within just a single point of fourth-placed Leicester City and two behind Chelsea - who currently sit in third.

A 3-0 win away at Aston Villa marked their latest triumph, as goals fromFernandes, Mason Greenwood and Paul Pogba helped Solskjaer's men etch their names into the record books.

United have become the first team in Premier League history to win by three or more goals in four consecutive games, with Liverpool the last club to achieve the same feat way back in 1987 - when the competition was known as the first division.

Keane, who won seven league titles and the Champions League during his time at Old Trafford, has been impressed with his old club's recent form, and expects them to go on and leapfrog their main rivals in the race forChampions League qualification.

The ex-United captain also thinks the players will be determined to go all the way in both the FA Cup and Europa League, as he told Sky Sports after the Villa clash:“I think we’ve said it now for a few months. Even before the lockdown, the momentum was getting back into the club.

“All of the new signings have seemed to have settled in. Paul’s back, Fernandes has been a huge boost for the club.

“What they have at the moment is a bit of momentum. Forget that Man City and Liverpool are ahead of them - there’s no getting away from that, but in terms of a few months ago, we’d ask if they could hunt teams like Leicester down, who had a huge advantage.

“To me now, they look favourites to catch Leicester and Chelsea. The momentum is there at the club. They’ll still want to get their hands on a little bit of silverware.

“Everyone at the club should be pleased. They’ve got the momentum back into the club, they just need to keep it up now.”

Keane added on United's quality in the final third of the pitch: “Man United fans want to see good attacking young players. That’s what getsUnitedfans off their seats. United fans will be buzzing tonight.

"That’s what United’s all about, good attacking young players enjoying their game and hitting the back of the net.”