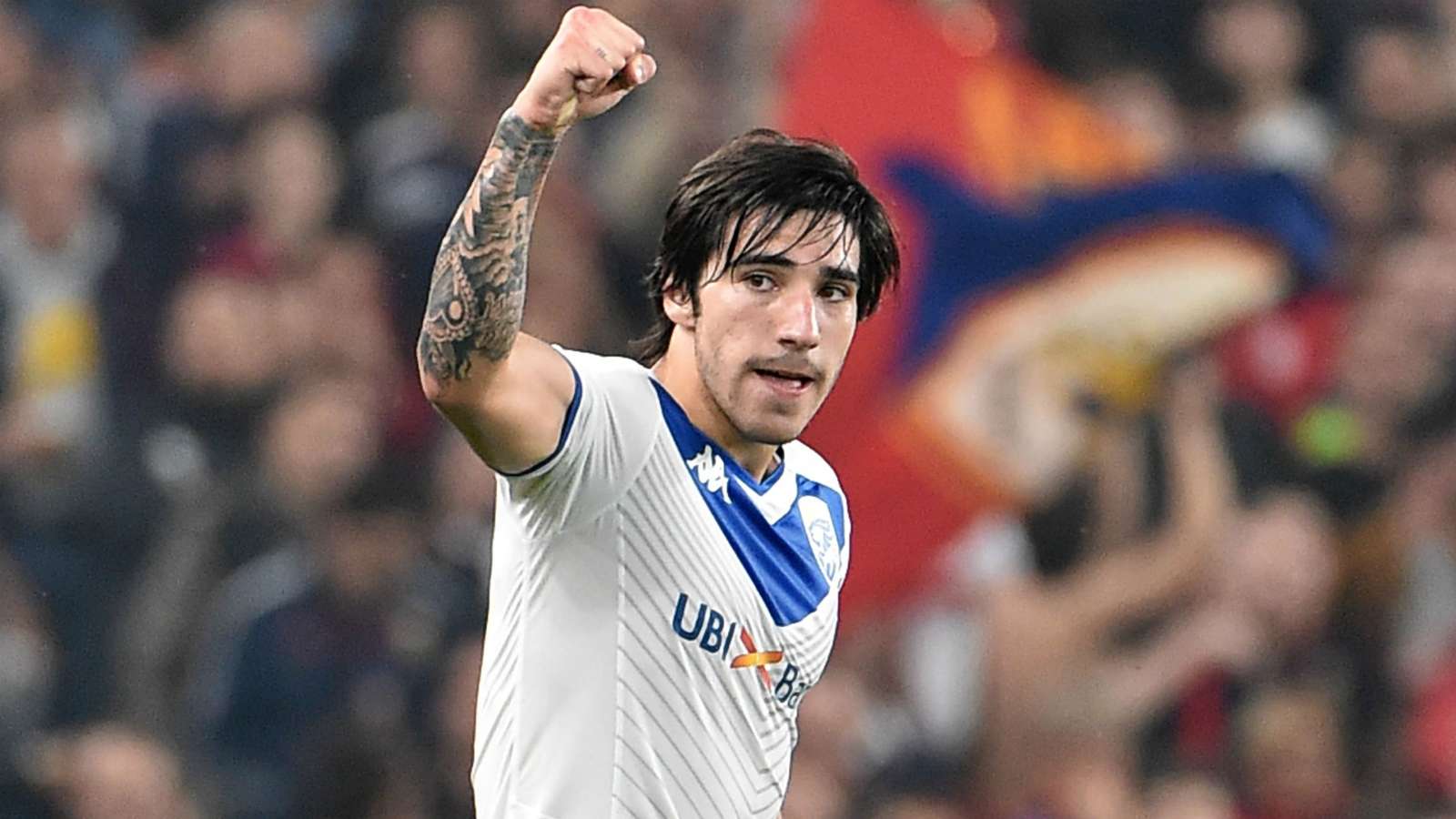 In demand Brescia talent Sandro Tonali wants to continue his career in the Serie A next season, according to club owner Massimo Cellino.

The 20-year-old midfielder has been in the sights of Barcelona and PSG, while Italian giants Juventus and Inter are also firmly in the race.

Cellino revealed Tonali is keen to stay in his home country, giving a boost to Juve and Inter's hopes of snaring the Italy international in the off-season.

However, he revealed Brescia were keen for financial remuneration for their player and would prefer to not deal with a player-swap situation.

"So far there’s only been a few phone calls, without anything beyond that," Cellinotold Gr Parlamento.

"It’s difficult to talk about the transfer market after everything that’s happened, but I hope the lad keeps having fun on the pitch like he did before.

"I wouldn’t like all these rumours to lead to another problem, which hurts our chances of staying up.

"Inter and Juve have both asked me about him, as have other teams. What’s for certain is that the player wants to stay in Italy and we’ll accommodate him.

"I don’t like swap deals. We’re not that desperate."

Tonali, who played a key role in Brescia's promotion from Serie B last season, has again starred for the club despite their position at the bottom ofSerie A.

He received his first Italian cap against Liechtenstein in October last year and has subsequently played twice more for his national team.

Speaking earlier this month, Cellino revealed the specific interest from Barcelona and PSG for Tonali, and also spoke of offers from Napoli and Fiorentina.

“PSG president Nasser Al-Khelaifi would like him in Paris, he wrote to me today, but Tonali doesn't want to go toFrance," Cellino told Corriere dello Sport.

“Inter and Juve are the destinations he prefers. Napolipresident Aurelio De Laurentiis has offered me 40 million,Fiorentinawants him too, but his destiny is pretty much written.

“Before Covid, Barcelona had offered 65 million plus two very interesting young players, one was a full-back. I believe that the Catalans received an answer they didn't like, and not from Tonali.

“I'm not dealing with anyone. There are still 12 games to play and the boy must remain calm."