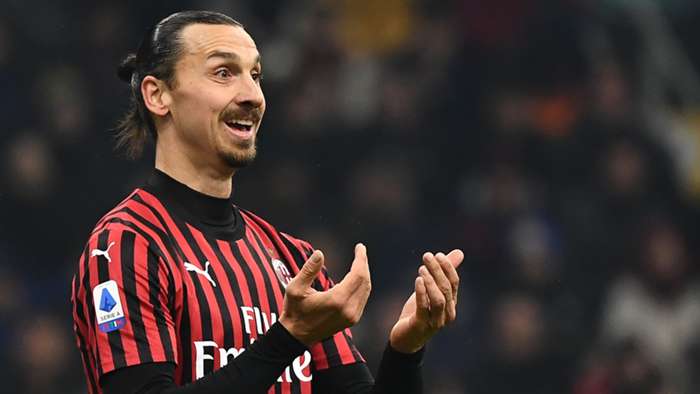 Zlatan Ibrahimovic’s angry reaction to being substituted during AC Milan’s 2-2 draw at Napoli on Sunday wasn’tcause for concern for his coach Stefano Pioli.

Milan equalised through Franck Kessie’s late penalty to continue their six-match unbeaten run since the restart – including impressive wins over the top two, Juventus and Lazio.

“Ibra was angry because we were losing,” Pioli told Sky Sport Italia after the game.

“We had just conceded a goal and he always expects the best from himself and others.”

After having only one shot in the game, losing six of his nine aerial duels and conceding possession six times, Ibrahimovic may also have been frustrated at a below-par individual performance.

Nevertheless, another game unbeaten extended Milan’s good run and kept them in with a chance of a top-six finish – though they remain two points behind sixth-place Napoli.

“It was tough, really tough, as after Lazio and Juventus, we’ve had a really difficult run of games against the best teams in the league, but we showed that we were up to the task,” Pioli said.

“When you get results and put in strong performances against this kind of opponent, it really boosts your confidence.

“We scored a great goal to take the lead, we fought back to equalise and a point is a good result.”

Pioli also agreed with sporting director Paolo Maldini, who suggested Milan had improved because the coronavirus lockdown afforded the coach – who took over from Marco Giampaolo in October – more intensive training time as the squad returned.

“It takes time to get a team working in a smooth way and with everyone aware of what they need to do,” Pioli said.

“We didn’t have the time to achieve that, now we have and the results are positive, so it’s only right that we now raise the bar and keep aiming higher.

“It’s difficult playing every three days, as I had some players at the final whistle tonight who were just wrecked. We’ve got to keep going.