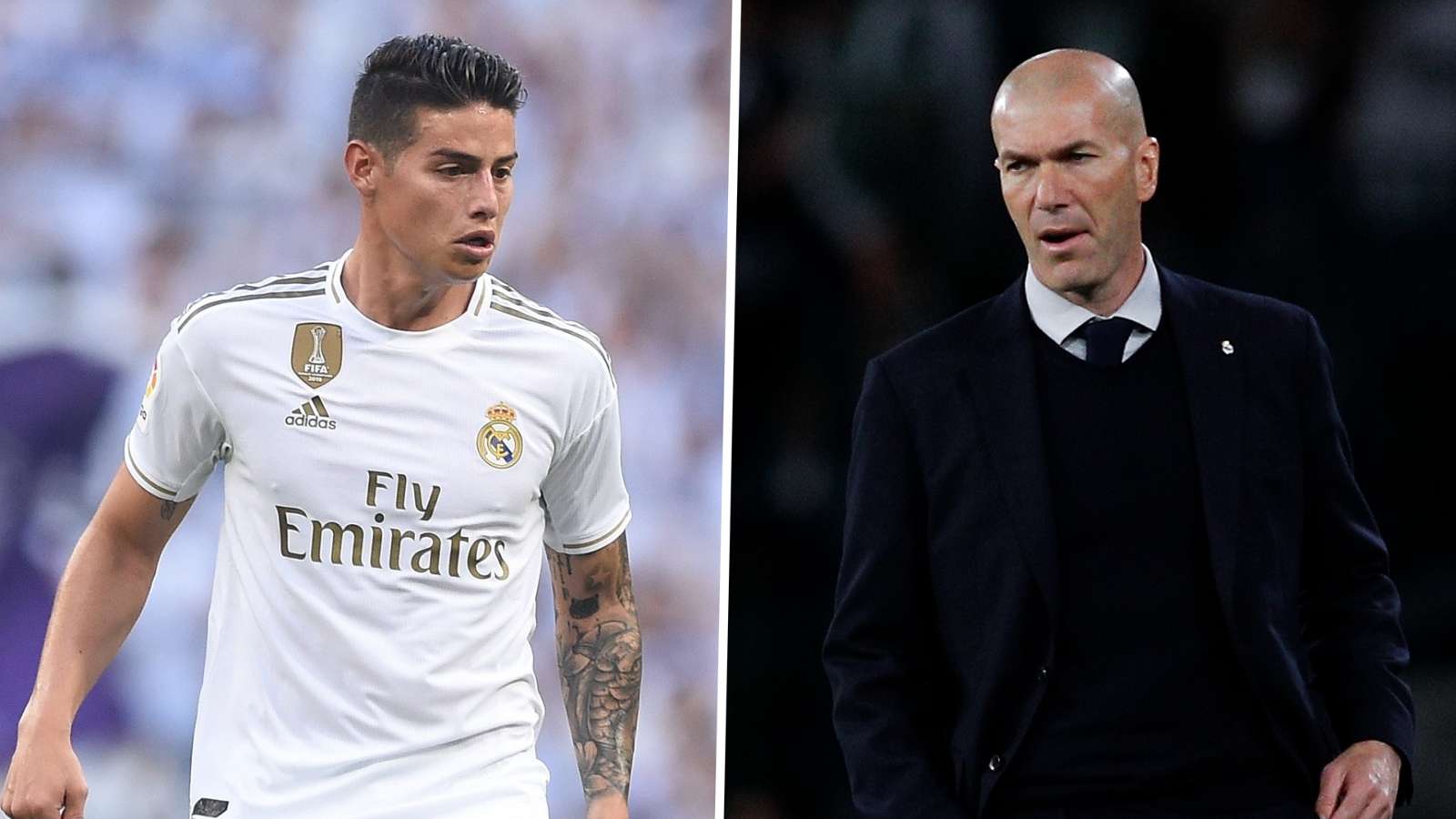 James Rodriguez deserves more "respect" from Zinedine Zidane, according to Faustino Asprilla, who says he would tell the Real Madrid boss to "eat sh*t" if he was in the midfielder's shoes.

James returned to Madrid last summer after a two-year loan spell at Bayern Munich, with the goal of forcing his way back into Zidane's plans.

The Blancos signed the Colombian playmaker from Monaco for a reported €75 million (£68m/$84m) after he won the Golden Boot at the 2014 World Cup in Brazil.

Unfortunately, he has been unable to reach the same high standards on a consistent basis at the Santiago Bernabeu, and has slipped even further down the squad pecking order this season.

James has been restricted to just 13 appearances in all competitions for Madrid in 2019-20, with questions now being asked over whether or not he has the drive to turn around his career in the Spanish capital.

The coronavirus outbreak caused La Liga to shut down temporarily in March, but Zidane's men were able to return to training in May as lockdown measures in Spain began to ease.

Madrid played their first fixture in three months on Sunday against Eibar at the Bernabeu, and James was named on the bench, with Zidane afforded the option of up to five substitutionsdue to new top-flight rules.

However, the 28-year-old had to watch on asFerland Mendy, Eder Militao, Gareth Bale, Vinicius Junior and Fede Valverde were all brought on ahead of him during the Blancos' 3-1 victory.

Asprilla doesn't understand why his compatriothas been pushed out of contention for regular minutes, andhe thinks the former Monaco playmaker has been far too patient with Zidane.

"Jamesisn't irresponsible,"The former Colombia forwardtold Blu Radio. "He trains every day just like everyone else.

"The coaches say that all players are the same to give motivation to substitutes, but they have three or four who always play. AtReal Madrid, there are players who come from lower down and who come up.

"Don't tell me that the top scorer of a World Cup is belowMarianoor whoever in the pecking order.

"There's a need for a little respect. Jamesis patient, but I would tellZidaneto 'eat sh*t'."