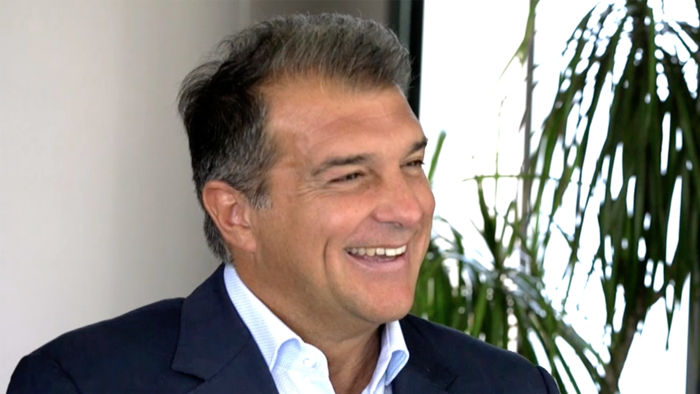 Barcelona presidential candidate Joan Laporta says he will not be drawn into naming potential transfer targets like several of the candidates he is competing with.

The 33-year-old Messi sent shockwaves through the world of football when he expressed a desire to end his near two-decade association with the Blaugrana ahead of the 2020-21 season, but after a lengthy transfer saga, he opted to stay put.

However, the handling of Messi's frustrations hastened the departure of Bartomeu, who was also at the centre of several on-field setbacks and off-field controversies.

Laporta, who served as Barca president between 2003 and 2010, is considered the leading candidate to triumph in the elections according to a poll in Spanish newspaper Mundo Deportivo.

Other candidates, though,have made bold claims about which players they will bring to Camp Nou if they were elected.

Borussia Dortmund's Erling Haaland plus Paris Saint-Germain duo Neymar and Kylian Mbappe have been the most high-profile names, but Laporta would not be drawn on transfertargets.

Laporta did say, though, that he believes he will be able to attract big names should he become Barca's president.

"I have my own sports project. I will not fall into the trap of naming names," he said.

"All the agents are calling me. I know them all and they want me to be president again, but I tell them that now I'm not talking about players or coaches."

Laporta also believes Barca's influencehas diminished in recent years and he would seek to restore their standing.

"It has lost a lot of specific weight in the Spanish Football Federation, La Liga, UEFA, FIFA and in all the bodies that govern football," he explained.

"Barca has to regain its credibility. We must have a presence to intervene in decision-making that affects football in general."

Barcelona currently sit sixth in La Liga, 10 points behind league leaders Atletico Madrid, who also have a game in hand.