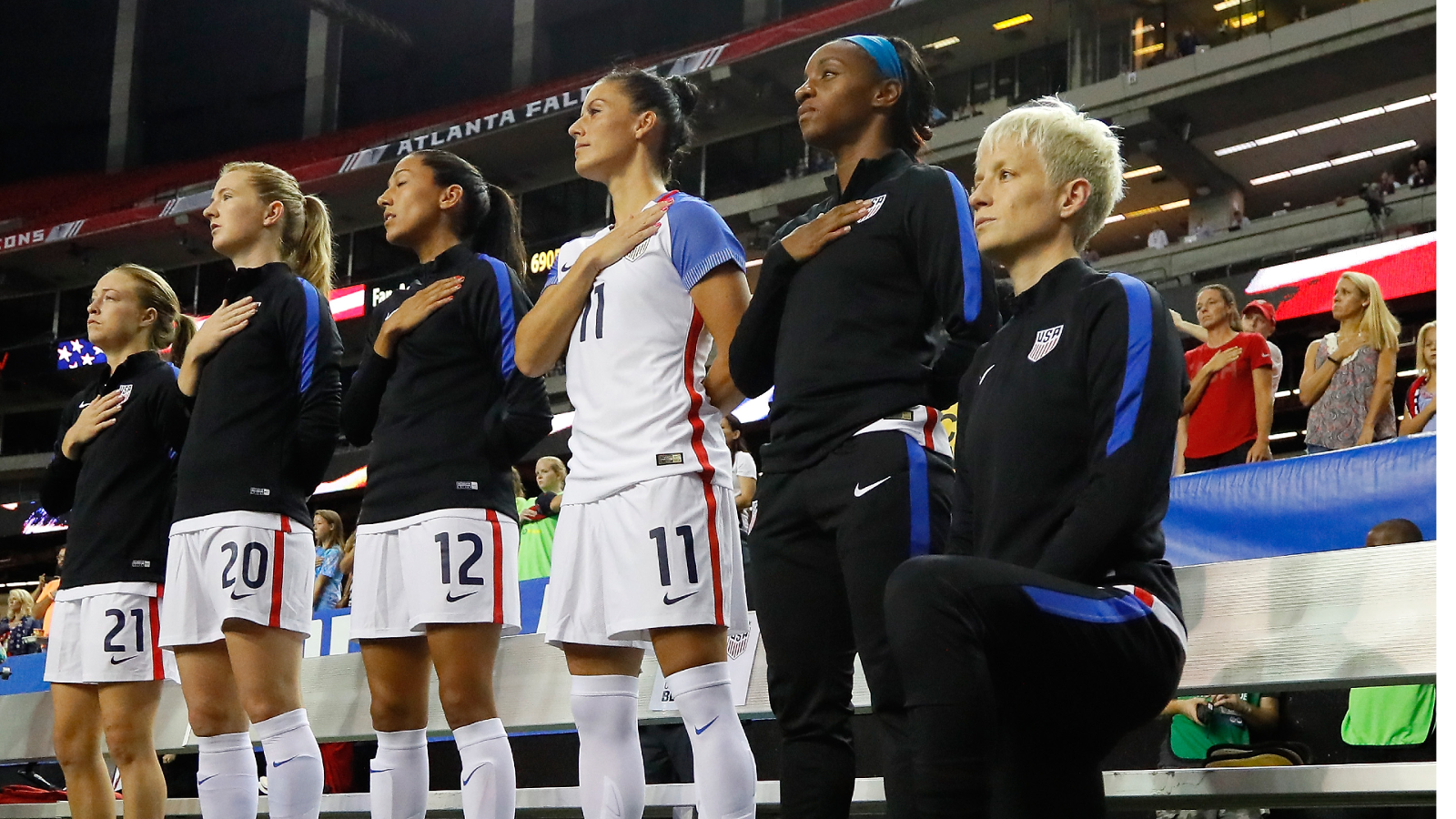 U.S. women's national team forward Crystal Dunn said she felt "joy" when teammate Megan Rapinoe decided to kneel in protest atracism and police brutality, but admitted that she didn't feel comfortable doing so herself as she feared for her future.

Dunn has been with the USWNT since 2013, earning over 100 caps while earning a spot on the World Cup-winning squad in 2019.

She was a member of the USWNT in 2016 when Rapinoe opted to kneel in solidarity with NFL quarterback Colin Kaepernick, who began doing so during the national anthem as a form of protest.

Rapinoe, though, was the only member of the USWNT to kneel and, shortlyafter her initialprotests, U.S. Soccer ruled that players must stand during the national anthem.

That rule has since been repealed amid ongoing protests and discussions of racism and police brutality in American society following the death of George Floyd, with President Donald Trump specifically calling out the federation for that decision.

Trump said he would not be watching if American players decided to kneel, with Florida senator Matt Gaetz stating that he believes that all national team players should be required to stand for the anthem.

As part of a Bleacher Report roundtable on race, Dunn revealed why she didn't initially join Rapinoe in kneeling.

"I just remember our conversation where she came up to me and said, "Crys, I'm thinking of kneeling'," Dunn recalled,"and I remember being just filled with so much joy for her wanting to fight a cause that, in my opinion at that time was like, 'You have nothing to do with this'.

"That was ignorant on my part just thinking that off the bat. I was just so moved that she wanted to fight for this cause.

"I just had really hard conversations with her, howI was internally conflicted and saw the way U.S. Soccer responded and treated Megan. To me, I'm thinking they kept her out of some games, kept her out of camp, and yeah that was mad, but for me, I was thinking that they could rip up my contract."

Dunn, a member of the North Carolina Courage, was the 2015 NWSL Most Valuable Player and has been named to the league's Best XI twice.

The NWSL is set to return on June 30, becoming the first major American sports league to return to play.