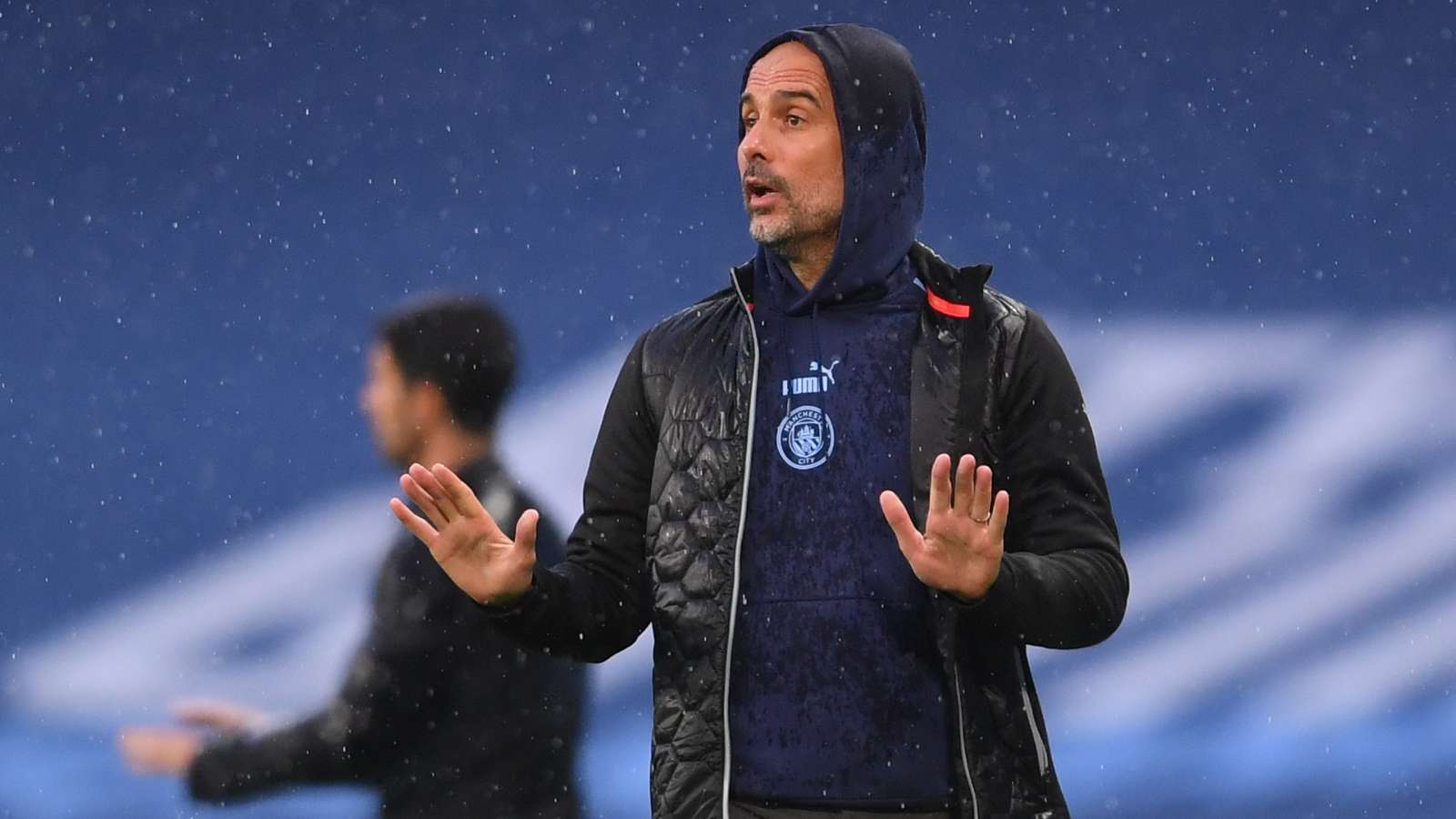 Pep Guardiola spoke out on the Black Lives Matter movement after Manchester City thrashed Arsenal on Wednesday, admitting he is "ashamed of what white people have done to black people".

The Premier League put on a unified front against racism as English football returned following a three-month coronavirus-enforced hiatus.

Sheffield United and Aston Villa led by example when they kicked off the midweek action, with all players from both sides wearing jerseys displaying "Black Lives Matter" across the back instead of their own names.

The two squadstook a knee on the pitch just before kick-off in a show of solidarity with the global movement, before the same gesture was seen in the second game of the day at Etihad Stadium.

Manchester City and Arsenal also took part in the display against racism whilewearing kits with the BLM logo printed over the Premier League badge.

After watching his side pick up a comfortable 3-0 victory over the Gunners , Guardiola explained why he is so desperate to see significant change affected when it comes to equality among races.

The City head coach told a post-match press conference: "White people should say sorry for the way we have treated black people for 400 years.

"How people can think they are different? All the gestures are good and positive. Everything we can do to make it conscious, it is not acceptable.

"We have to do a lot of things for the black people which we have not done so far."

City winger Raheem Sterling, who launched his own anti-racism social media campaign in the wake of the mass protests taking place around the world, feels English football is finally"going in the right direction" when it comes to tackling the issue.

He told Sky Sports : "I see it as a massive step for the Premier League to allow something like that to happen and it shows we're going in the right direction.

"Little by little we’re seeing change. It was natural, it was organic. We saw the teams do it in the earlier kick-off and thought it was something we had to do as well."

Sterling netted his 12th Premier League goal of the season against Arsenal, and was pleased with how well City performed as a collective after an extended period away from the pitch.

He added: "It’s been a confusing last couple of weeks. We're all buzzing to be back in the stadium and put in a good effort.

"We expected it to be weird but the message after the break was to find something inside ourselves and dig deep.

"First 10 minutes we were getting used to the atmosphere but after that, I thought we controlled the game well."