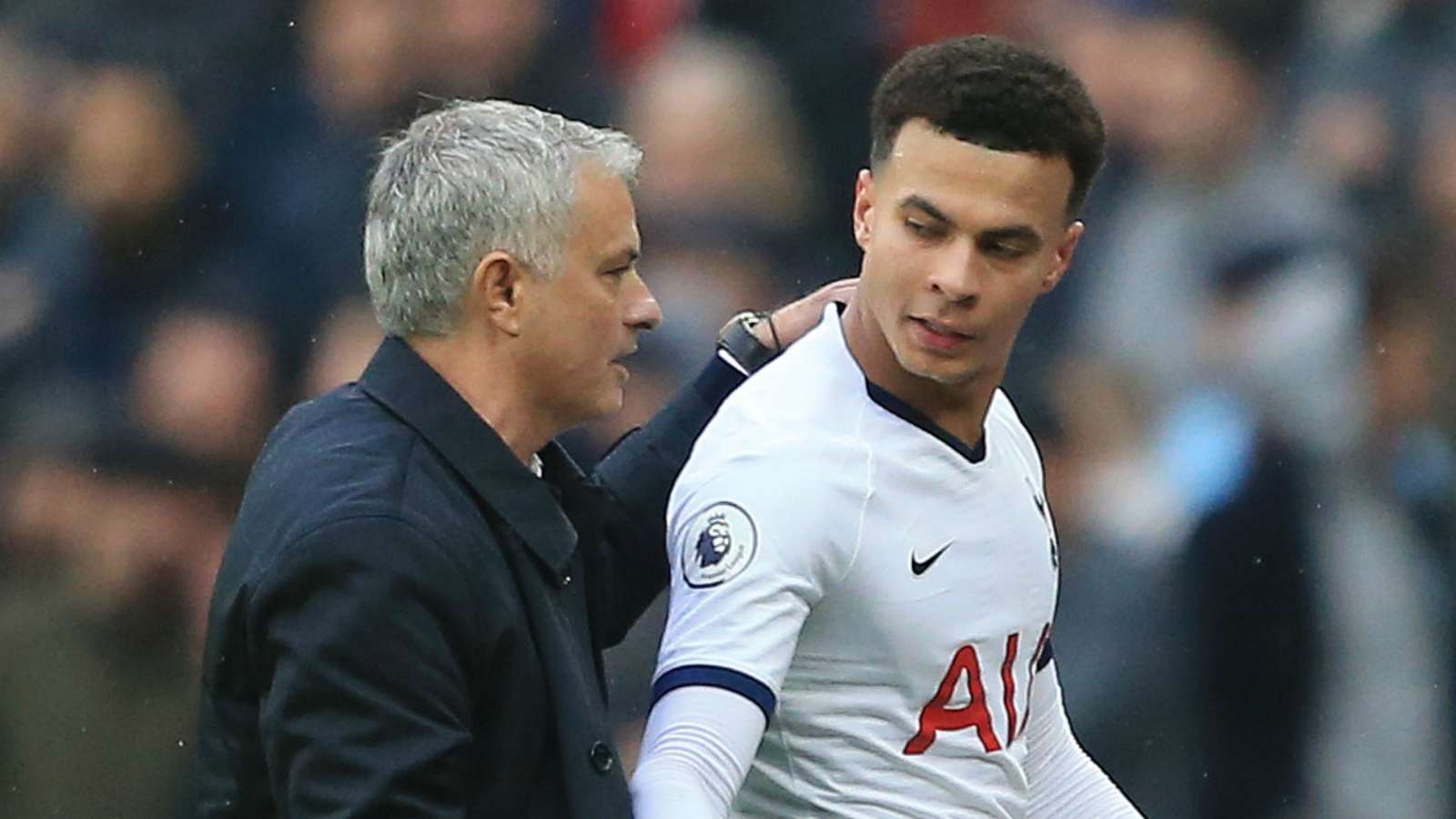 Jose Mourinho is frustrated he cannot call on Dele Alli for Tottenham's big clash with Manchester United on Friday.

England midfielder Alli must serve aone-match ban for a racially insensitive social media post he made in February, forcing him to miss Spurs' first game since the Premier League returned.

A video on Snapchat showed Alliin an airport mocking an Asian man in reference to coronavirus, before the lockdown. Alli saidhe videoed the man because he was coughing, not because of his ethnicity and admitted he made an "extremely poorly judged joke".

According to Mourinho, others have avoided punishment despite committing more serious misconduct during the pandemic.

Mourinho said in a news conference, held by video link on Thursday: "I feel very, very sorry that Dele is not playing. He is a player that works so, so hard during all this period and he's really frustrated that he cannot play the first match.

"I don't want to say much more than I don't think he deserves a one-match ban compared with wrong behaviours at much bigger dimensions that happened during this period without any consequences.”

The video posted by Alli showed him wearing a protective facemask in an airport and was entitled "Corona whattt, please listen with volume". It cut to the gentleman, who appeared to be unaware he was being filmed, before panning to a bottle of antiseptic handwash.

Underneath, a caption read: "This virus gunna have to be quicker than that to catch me."

The 24-year-old deleted the video and posted an apology to the Chinese social media network Weibo.

Mourinho, who is preparing to face his former club,can recall England captain Harry Kane after a long injury lay-off, and that may allay the blow of losing Alli.

Asked how Tottenham would shape up without Alli, Mourinho said: “How are we going to play? I’m not going to tell you.”

He said of his main striker:"Kane hasn't played football for more than six months, so again he is working extremely well. I can tell you no problem he is going to start the game.

"Does Harry have 90, 80, 70, 60 minutes in him? Only the game will tell us that. Is Harry on his top form? For him, I don't know. It's been around six months without a football match, but he works extremely well. He is an amazing professional and he's going to start tomorrow."