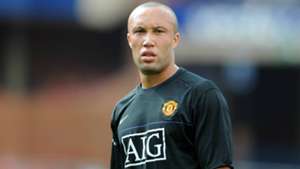 Ex-Manchester United star Mikael Silvestre has revealed how close he came to moving to Liverpool from Inter in the early stages of his career, claiming he was contacted personally by Gerard Houllier.

Silvestre enjoyed a hugely successful career spanning two decades, with his prime years spent on the books of Sir Alex Ferguson's United. The former France international racked up 353 appearances for the Red Devils between 1999 and 2008, winning 10 trophies in total, including four Premier League titles, the FA Cup and the Champions League.

He went on to play for Arsenal, Werder Bremen, Portland Timbers and Chennaiyin FC before hanging up his boots in 2014, but might have also had a spell at Anfield had he chosen a different route when leaving Inter at the age of 21.

"Marcello Lippi arrived at Inter and recruited another wing-back, Grigoris Georgatos, who was a bit older than me," Silvestre told FourFourTwo. "My game time was going to diminish and I wanted to play. Gerard Houllier had been my coach at youth level in France, so we knew each other well, and he called to ask if I wanted to join Liverpool.

"He said he wanted me to play left-back for them, and that while the competition would be there, I was in a good position to start most games."

The United legend went on to explain why he chose to snub Liverpool in favour of joining up with their arch-rivals, adding: "Alex Ferguson phoned me a few days later to register his interest.

"The choice was easy to make, because United had just won the Treble. Sir Alex was like, 'You're going to play left-back and centre-back - I need you for both positions.'"

Silvestre ended up making his Red Devils debut against Liverpool, but insists there was no animosity between him and Houllier when they met on the touchline.

The 42-year-old said: "I remember that I arrived in Manchester on a Thursday and by Saturday I had already played my first game - at Anfield, of all places, against Liverpool!

"That was madness: I didn't even know my team-mates or speak the language well. On matchday, I had a brief chat with Houllier, who jokingly asked me, 'Why didn't you sign for us?' But he said he understood my choice."