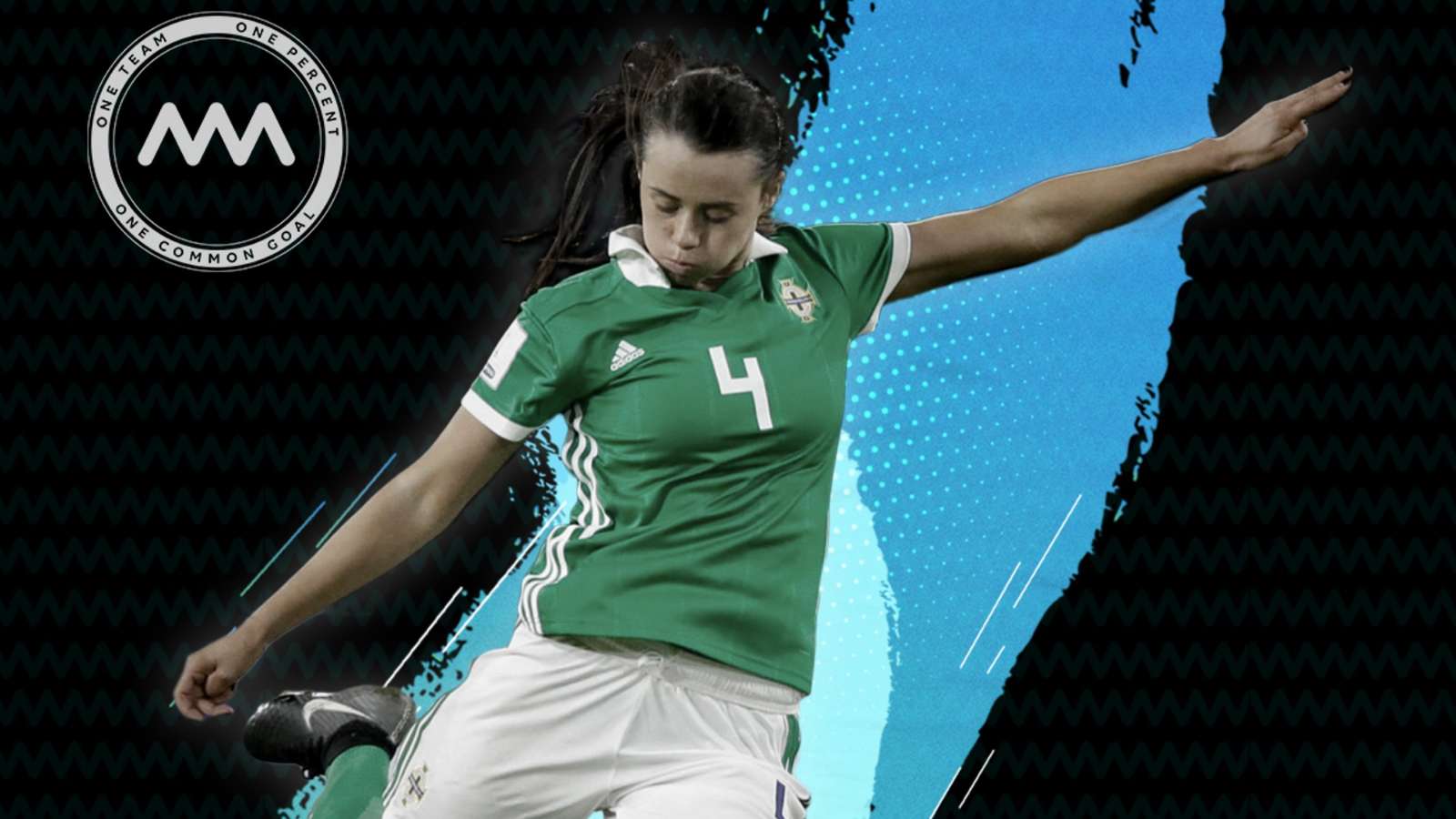 When Laura Rafferty suffered a season-ending anterior cruciate ligament (ACL) injury in August, her agent had a simple question for her: “What are you going to do that is going to make this time worthwhile?”

Those words rang true again when Rafferty's rehab was pushed backafter the UK went into lockdown in March due to the Covid-19 outbreak.

Rafferty had only just re-joined her Brighton team-mates in training when the pandemic brought a halt to group sessions. But the 24-year-old was not going to let it get her down.

“I’ve tried to see it as an opportunity instead of time wasted,” Rafferty told Goal about the past two months of lockdown.

The Northern Ireland international was in the best shape of her life when she heard a "pop" in her knee during a pre-season training session last year.

She initially thought she had suffered a meniscus injury because she could still walk. But scans showed it had also damaged her ACL, thus ruling her out for the entire 2019-20 campaign.

“When I found out, my body went numb and everything just switched off," he explained. "I didn’t have any thoughts or feelings. I felt nothing.

"It was the worst thing ever. I had done my meniscus and my ACL. My agent gave me two days to grieve and then asked me how I was going to use the time off to improve as a player."

Rafferty also asked herself how she could improve as a person. She hasalways been very socially aware and has been awarded the PFA Community Champion award for her work off the pitch on more than one occasion.

However, after learning she would be facing months out injured, she wondered if she could do even more to help those less fortunate than herself.

Consequently, Rafferty has joined 'Common Goal', a global football movement whose members pledge one per cent of their salary to tackle social challenges around the world.

“I want to be helping people, that’s what makes me happy and I believe if you’re happy off the pitch, you perform better on it,” Rafferty said.

“There’s lots of things I want to help with and work on. The whole equality side of things, LGBT awareness and one project I specifically want to work on is to help women who have ambitions to get jobs but maybe feel they haven’t got the opportunity to get that interview.

"I’m lucky enough to have people around me who have helped me get to where I am, so if I can help people do what they want to do and help them achieve their goals, then I will do so.”

Rafferty draws inspiration from her own career break. She was working at a bank but was also on the books at Chelsea when she reached a crossroads in her life.

She had to decide between sticking with her day job, which her mother encouraged her to do, or trying to earn professional contract with the Blues.

“It paid off for me because I got the contract,” she enthused. “But it was a challenge and I had to borrow money to get the bus to training every day because I had given up my job.

"Luckily, I had support but some people don’t have that. I want to be able to have conversations with people on how they can prepare themselves for such situations, whether that be financially or mentally.

"I want to give them a kick-start that they might not have necessarily got otherwise. It’s so important to me to be able to help other people.”

The untimely death of George Floyd in the U.S has brought about protests all over the world fighting for the rights of black people. As millionsmarched for Black Lives Matter, Rafferty wondered what she could do to help and has decided that her salary pledge for this year will be going SARI (Sports Against Racism Ireland), anot-for-profit anti-racism organisation.

To get a better idea of the work the group does, Rafferty connected with young leader Raihana Zeroug from the charity'sHijabs and Hat-Tricks programme. It uses football as a way to tackle racism.

"I read something on social media and it said: 'just because you'renot racist, doesn't mean that you're helping',and that really hit me," Rafferty said. "I think everyone is equal but then I thought what am I doing now that's going to help?

"I don't feel like I've done enough but SARI has given me the chance to dig in and help even more."

Helping is something that is inherent in Rafferty's nature. During her time on the sidelines she hasbeen keen to help other people in the game who have suffered similar injuries to her.

Not all of them, though, are as far along in their recoveries as Rafferty.

"I’m nearly back fit now but some players still haven’t had an operation and that’s mad and sad to think about.

"So, I constantly keep in touch with some of the girls because I’ve been there and done that. I ask myself how I can help them get through it. We keep in close contact.”

Rafferty’s steely determination is evident when she talks about her recovery, which has been both long and painful. Indeed, her mindset has made lockdown back home with her family in Southampton easier than it might have been.

However, she is immensely grateful to Brighton, who never considered furloughing any of their staff at the height of the economic crisis caused by coronavirus.

“The support from the club has been better than I can ask for,” Rafferty said. “I was never worried about it (furloughing) because the club is so good with every person and every employee, whether you’re a footballer, a chef, or whatever you do. They’re very good at communication."

However, there is widespread concern following the cancellation of the women's season that some clubs could fold.

There is also a major fear that the momentum the women's game has built up since the 2019 World Cup could now be lost, throwing the future of the professional game into doubt.

“I think we have to use it as an opportunity to increase awareness,” Rafferty argued. “All these teams have worked so hard and put in so much money to make it happen, it would be awful if it went underground now.

"I think there are things that can be done, whether that’s interacting with fans on social media to build the fan base or just generally trying to raise the profile of the game.

“On a personal level, it’s surreal I will get a chance to play in the Olympics and the next Euro qualifiers because they've moved to next year, as I thought they were games that I would miss.

"But the delay has given me a bit of time to get back on my feet and sharpen up. I’m excited and hopefully it will make it all more worthwhile.”

The premature end of the Women’s Super League season means the Brighton squad have been given some time off before pre-season programmes start again. But Rafferty is notabout to go into relaxation modeas she aims to come back stronger than ever.

“This isolation doesn’t hinder my motivation to be back," she added. "I’m using all the hunger I can ready to go again at the start of the season

"I’ve learned a lot during this rehab time. I know I’m a lot stronger than I give myself credit for. I know I can help a lot more people than I thought I could.

“I’m very happy with myself and how I’ve dealt with everything. I’m ready to go and make more of myself. And help as many other people as I can.”