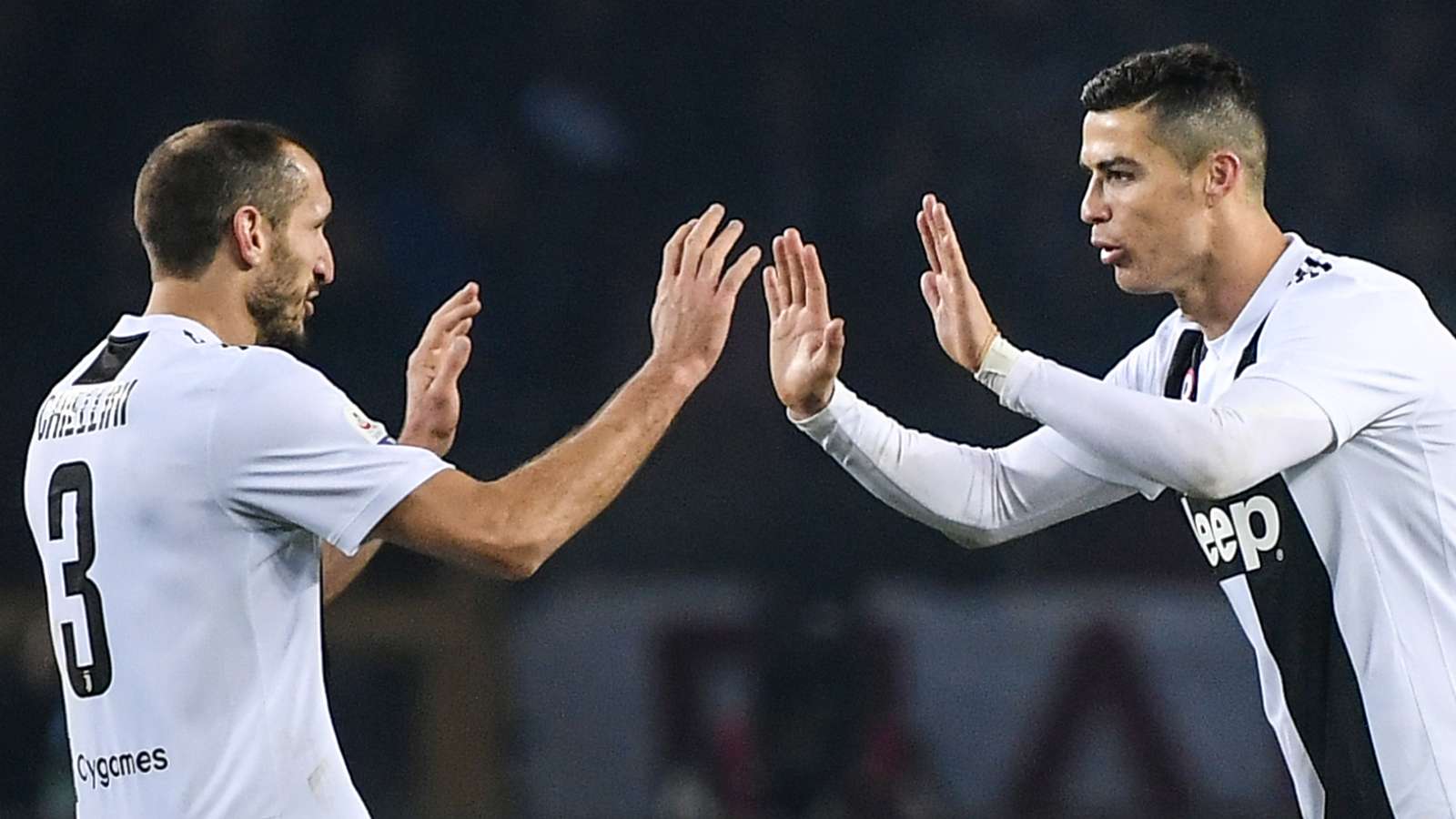 Juventus defender Giorgio Chiellini admits he is delighted to be lining up alongside Cristiano Ronaldo - affirming that he prefers having the record-breaking striker as a team-mate than an opponent.

Ronaldo joined Juve in the summer of 2018 after nine trophy-laden years with Real Madrid, including no less than four Champions League crowns.

So farhe has failedto match his dizzying Madrid scoring record with the Italians, netting 28 goals in all competitions during his debut season and 25 to date in 2019-20 after eight consecutive terms hitting more than 40 for the Merengue.

But Chiellini, who found himself on the wrong end of a 4-1 battering which included two strikes from Ronaldo in the 2016-17 Champions League final, could not be happier to count on his services in Turin.

"Unfortunately he scored a lot against us. Luckily he's now a teammate of mine," the centre-back explained onInstagram.

"He's on another level, you can see it and I think it's fair to admit that. He gave Juve a lot.

"When you have such a champion it's a shame if you don't make the most of him."

Chiellini also had warm praise for long-time colleague Gianluigi Buffon, who at 42 is still going strong for the Bianconeri between the posts.

"He's an older brother. In the last 15 years he's the person I have seen most on earth," he added.

Ronaldo missed a penalty in Juventus' first game back following the outbreak of the coronvirus pandemic, in Thursday's Coppa Italia semi-final second leg against Milan.

The clash eventually ended 0-0, sending the Old Lady through to Wednesday's final against Napoli by virtue of away goals having tied the opening leg 1-1 at San Siro back in February.

After the final Juve's attentions will turn back to Serie A, where they currently occupy top spot just one point ahead of Lazio going into their first game away to Bologna on June 22.