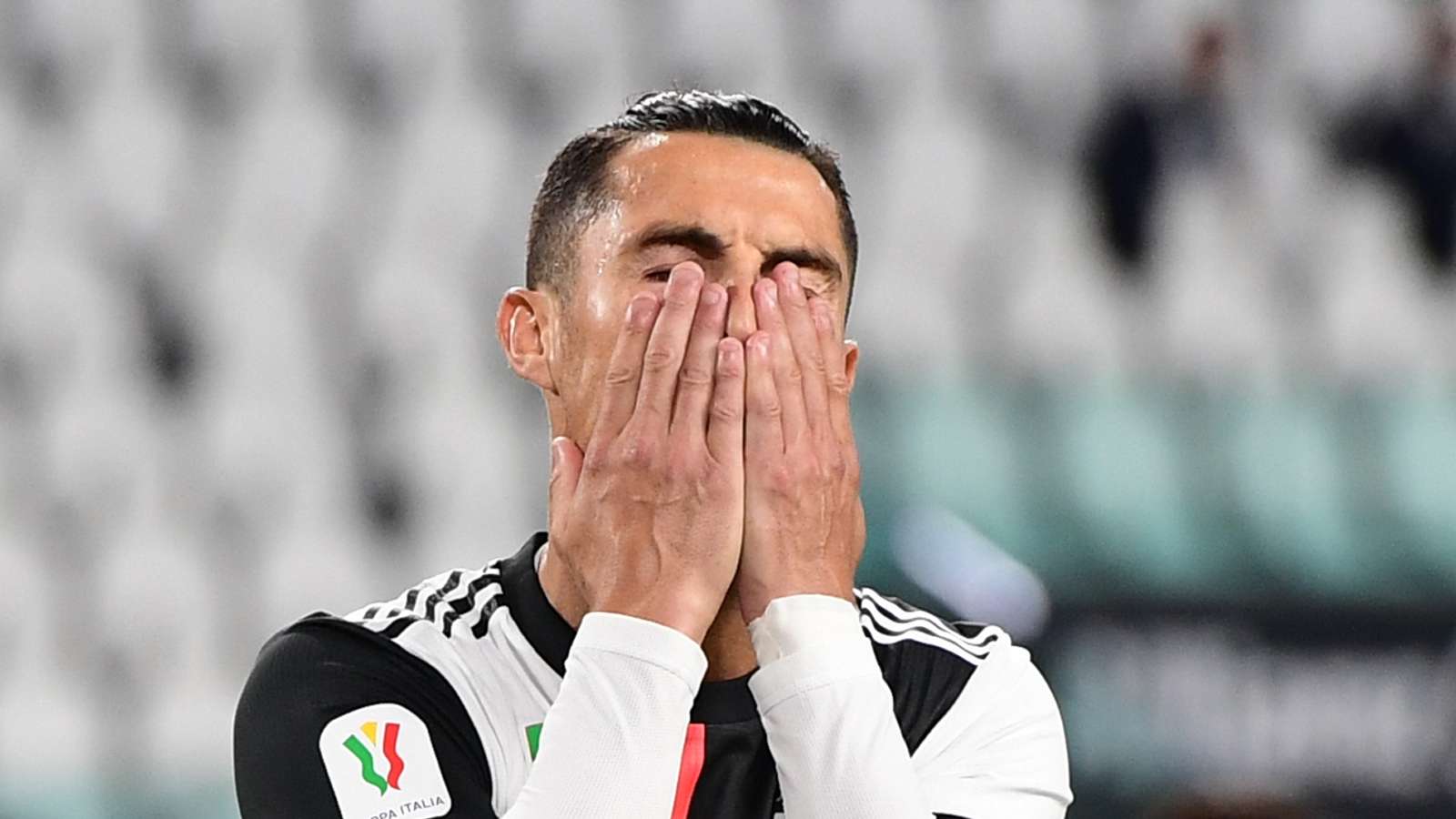 Juventus head coach Maurizio Sarri was pleased with "unlucky" Cristiano Ronaldo after the superstar missed a penalty against Milan in the Coppa Italia semi-final.

Ronaldo rattled the post with a 16th-minute penalty as Juve drew 0-0 at home to 10-man Milan in the second leg en route to the Coppa Italia final on Friday.

Juve's Ronaldo scored a penalty to salvage a 1-1 draw away to Milan in February's opening leg prior to the coronavirus pandemic but he was unable to repeat the feat behind closed doors in Turin.

Speaking to Rai Sport following the first professional match in Italy since the Covid-19 outbreak, Sarri said: "I asked Ronaldo to take a more central role, he was pleased to try it out and he played the game he needed to at this moment.

"He probably isn't accustomed to missing a penalty, so hitting the inside of the post it could go anywhere and he was unlucky.

"I don't think playing him a few metres more one way or another is going to make a huge difference to such a strong player. Everyone had a strong opening 30 minutes and then faded away."

Serie A champions Juve will face either Napoli or Inter in the Coppa Italia final in Rome on June 17 and Sarri added: "Clearly after three months, getting back to the touchline and seeing the teams out there is a good sensation, even if it's not the same without the fans.

"I was very surprised and satisfied with our opening 30 minutes, as we moved the ball so quickly and totally dominated the game, even before the red card.

"After that, we slowly dropped our tempo, intensity and mental determination, but that is a risk in an empty stadium. We had been doing so well, playing one and two-touch football, but then we slowed down and lost some sharpness, focused more on individual moves and taking two touches.

"The positive is that we didn't allow the opponents to play at all. It's going to take a while to get the fitness and mentality back to 100 per cent. If you compare it to a pre-season game, it'd be early July, but this is worse than pre-season, because it was a much longer break.

"It'll take some patience, but the first 30 minutes I saw today was an excellent sign."