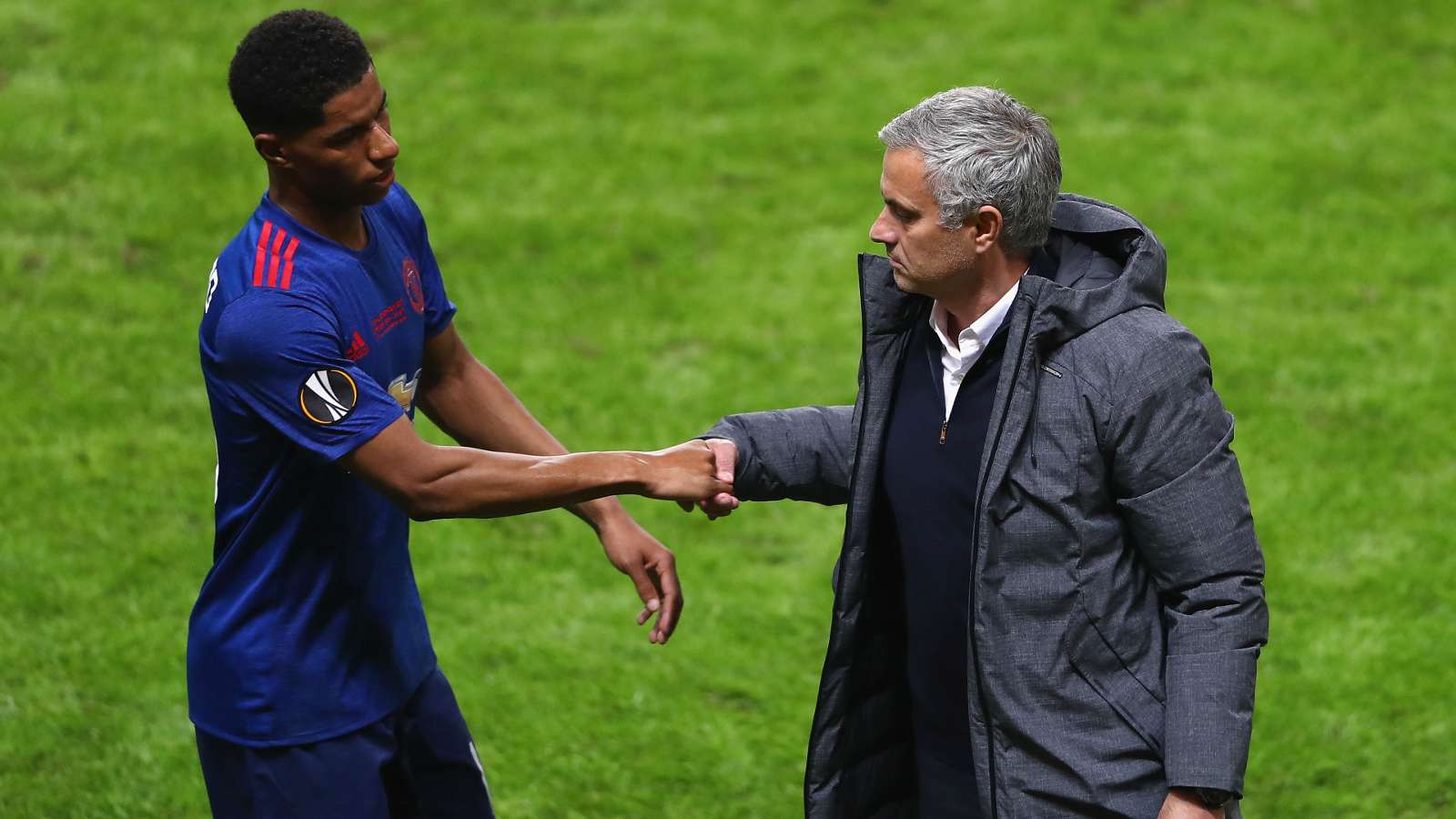 Rashford's lobbying of theUnited Kingdom government led to a U-turn asthefood voucher schemefor vulnerable school children was extended beyond term time, with thesubject close to the player'sheart due to his own childhood experiences.

The 22-year-old, whohas spoken about his own reliance on free school meals and food banks when growing up, had alreadyhelped charityFareSharereach a goal of supplying three million mealsto the vulnerableby the end of June.

Mourinho worked with Rashford during his time in charge of United and, as he prepares to come up against his former employers on Friday, haschampionedthe England international for his off-field work.

"He did amazingly well, I congratulate him on that," the Spurs bosstold the media ahead of the Premier League fixture.

"It'sa bit strange for me that one football player can make it happen and, if it happens, it's because the governmentrealisesit is the right thing to do.The government shouldn't wait for one player to come out publicly and put somepressure on them forthat to happen.

"The 18-year-old kid I met a few years ago is now a man, and a man with principles. To fight for kids verysimilartoo him when he was a young kid is something very nice from Marcus."

Rashford's focus on Friday will be dealing his old boss a serious blow as Spursattemptto claw back the gap to United in the table.

Mourinho's side – boosted by the return of Harry Kane from injury – have nine games remaining in a Premier League season delayed by the coronavirus pandemic, though they face a battle to finish in the top four again.

United sit in fifth place ahead of the pivotal clash at Tottenham Hotspur Stadium,three points behind fourth-placed Chelsea. Spurs, meanwhile, are eighth, leaving them in danger of missing out onqualifying for next season'sChampions League.

"The battle for thetop four would be amazing if we all started with the same number of points but unfortunately that's not thecase," Mourinho said.

"It'sa strange battle to fight but it's a street challenge, motivation. I will try not to look to that difference, I honestly cannot tell you the difference in points, wehave tolook at this incredible challenge in the way wehave todo it.

"Every game we have to try and win. Atthe end of the nine matches, we will see what wedidand our opponents did.

"Normally in this fight we don'tdepend as much as we do on our exact opponents, but let's focus on one match at a time and tomorrow is Manchester Unitedand the points are there to fight for."