Havertz ready for the next step - but will it be to Real Madrid or Bayern Munich? 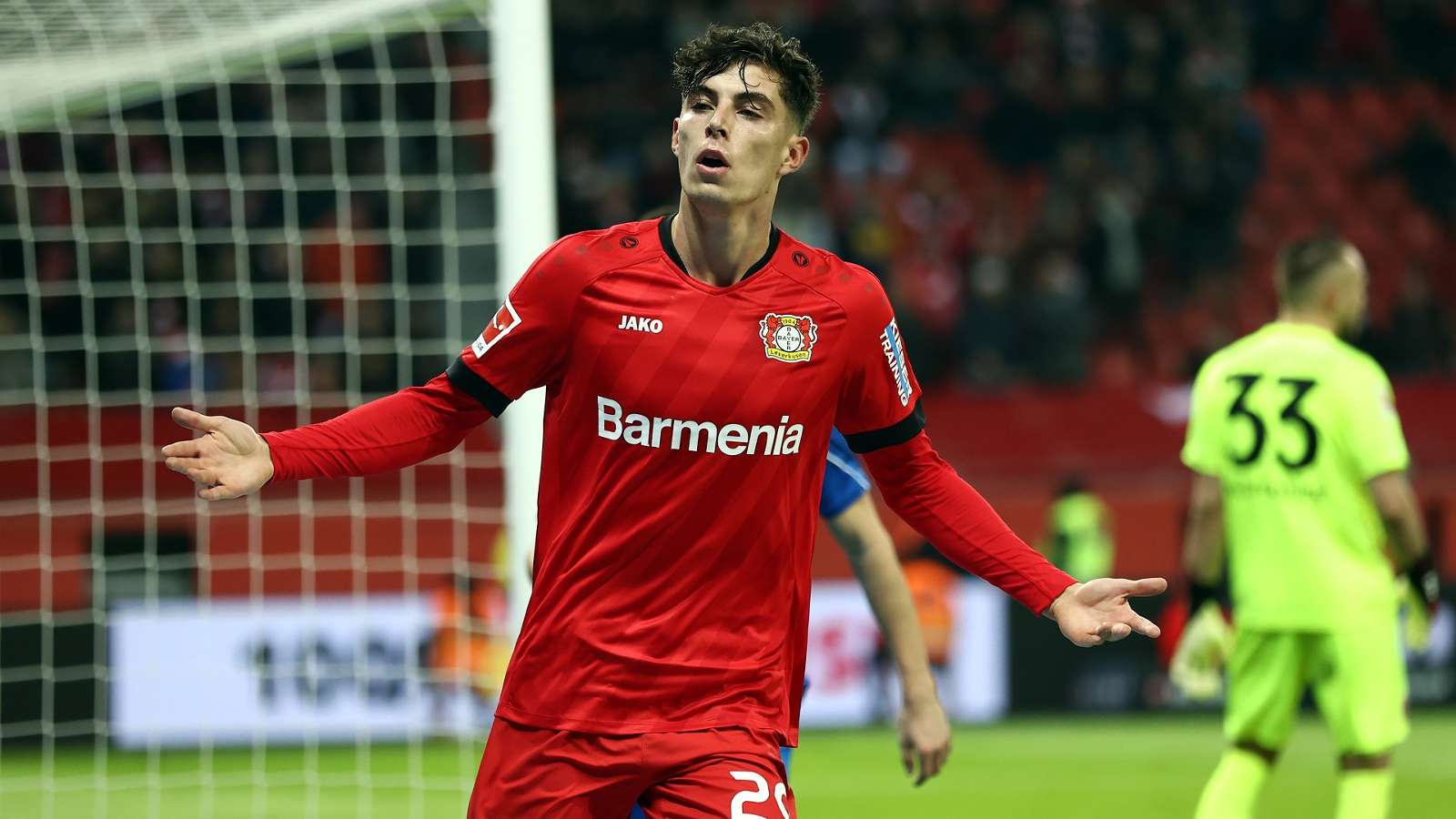 With no major football anywhere else in the world in May, everybody turned their eyes to the Bundesliga and the talents on display in Germany's top flight.

However, the gaze of Europe's biggest clubs were already on the top young players plying their trade in Germany, with Chelsea deciding to make a move for RB Leipzig forward Timo Werner before his release clause expired, while Manchester United have targeted Borussia Dortmund'sJadon Sancho as a potential summer signing.

Since the Bundesliga's return, Bayer Leverkusen captain Kai Havertz has impressed many onlookers, but like Werner and Sancho, he has been on the radar of many teams since he became Leverkusen's youngest-ever player in 2016.

In May, he became the first player to reach 35 Bundesliga goals before turning 21, and has already played more than 100 top-flight matches. As a result, it is no surprise that Leverkusen are keen to keep hold of him, but it should not also come as a shock that all of Europe is interested.

Leverkusen sporting director Simon Rolfes is hopeful he can keep Havertz at the BayArena, but knows it will be difficult to stop him taking the next step and joining Bayern Munich or another European giant.

"We don't know yet what will happen to Kai. We know that all the great clubs from Germany and Europe are after him and that he has the ability to play anywhere," he told Marca.

"He is a fantastic player and for many years Bayern have always been behind the young German talents, but we have to wait, there are many factors that influence. His future is not decided at all yet.

"Kai has a contract until 2022 and we are calm. I can only say that I love him and that I like to see him play. I'd like to see him as long as possible with the Bayer Leverkusen shirt.

"I have no preferences when it comes to other teams. He will be one of the great dominators of the game in the next 10 years."

Bayern Munich have a history of signing Germany's best young players and Havertz is no different. Rolfes is keenly aware of this, but will be hoping that the Bavarians' pursuit of another Germany prodigy rules them out of the running, at least for 2020.

Manchester City winger Leroy Sane remains Bayern's top target and, after missing out on him last summer, they are even more determined to make a deal work when the transfer window opens.

Signing Sane will be a huge outlay for Bayern, but given the 24-year-old winger is entering the final season of his contract, they may be able to negotiate a lesser price with City.

Bayern were not expected to sign both Sane and Havertz this summer and had beenhopeful that they could wait until next year to bring in the Leverkusen attacker, who is seen by some as a natural successor to club legend Thomas Muller.

Havertz has impressed Bayern head coach Hansi Flick, who admitted that he would love to manage the 20-year-old.

"I think very few coaches wouldn't want to have Kai Havertz in their team," Flick told reporters. "I've known him since the Under-17s Germany national team. He has developed enormously well at Leverkusen. He moves very well between the lines and has a strong instinct to score goals at a young age."

Former Bayern and Bayer midfielder Michael Ballack thinks there is a chance Havertz will stay in Leverkusen, but that would probably require Peter Bosz's side to finish in the top four this season.

Another big potential problem for Bayern Munich's grand plan of waiting until 2021 for Havertz is if another club make a move in the meantime. This could escalate their pursuit and cause them to change their 2020 plans.

Chelsea profited from Liverpool's financial issues to move for Wernerand the same could happen to Bayern's pursuit of Havertz ifthey focus on signing only Sane.

Liverpool are extremely unlikely to turn their attentions to Havertz or any other marquee signing now that Werner has decided to go elsewhere, having believed the RB Leipzig forward would be a better tactical fit if they were to make a move for either German attacker.

The same transfer also sees Chelsea drop out of the running as both Werner and Hakim Ziyech are set to arrive at Stamford Bridge this summer. Additionally, Chelsea saw Sancho as a better option than Havertz to bring in and now are focusing on Leicester City left-back Ben Chilwell.

Winger Sancho is also a main target of Manchester United and while Havertz is being monitored by Ole Gunnar Solskjaer, Aston Villa's Jack Grealish is the preferred midfield option if they decide to make a big splash in the transfer market.

Spain's big two are always linked with the best young players, with Bild reporting that Leverkusen rejected an €80 million (£71m/$90m) offer from Real Madrid for Havertz. Los Blancos could afford the €100m (£89m/$113m) demanded by Leverkusen, but have their eye on strengthening further up the field, with Erling Haaland and Kylian Mbappe on their shortlist.

Like Liverpool, Barcelona's financial situation may price them out of many big names, despite a strong desire to bring Neymar back to Camp Nou and seal a deal for Inter's Lautaro Martinez. Selling players is their primary focus as they look to balance the books and players will have to leave before Lautaro can come in.

Havertz has shown more than enough since the Bundesliga returned to show he is ready for bigger and better things and admitted he is considering his next challenge.

"I'm ready to take a big step, and I like challenges. For me, this also includes abroad," Havertz toldSport Bild. "Leverkusen are a great club, I feel good. I have always said that. But, of course, I want to take the next step in my career at some point. That's my ambition."

Havertz is ready for the next step, but the question is now: who is ready to make a move for him?