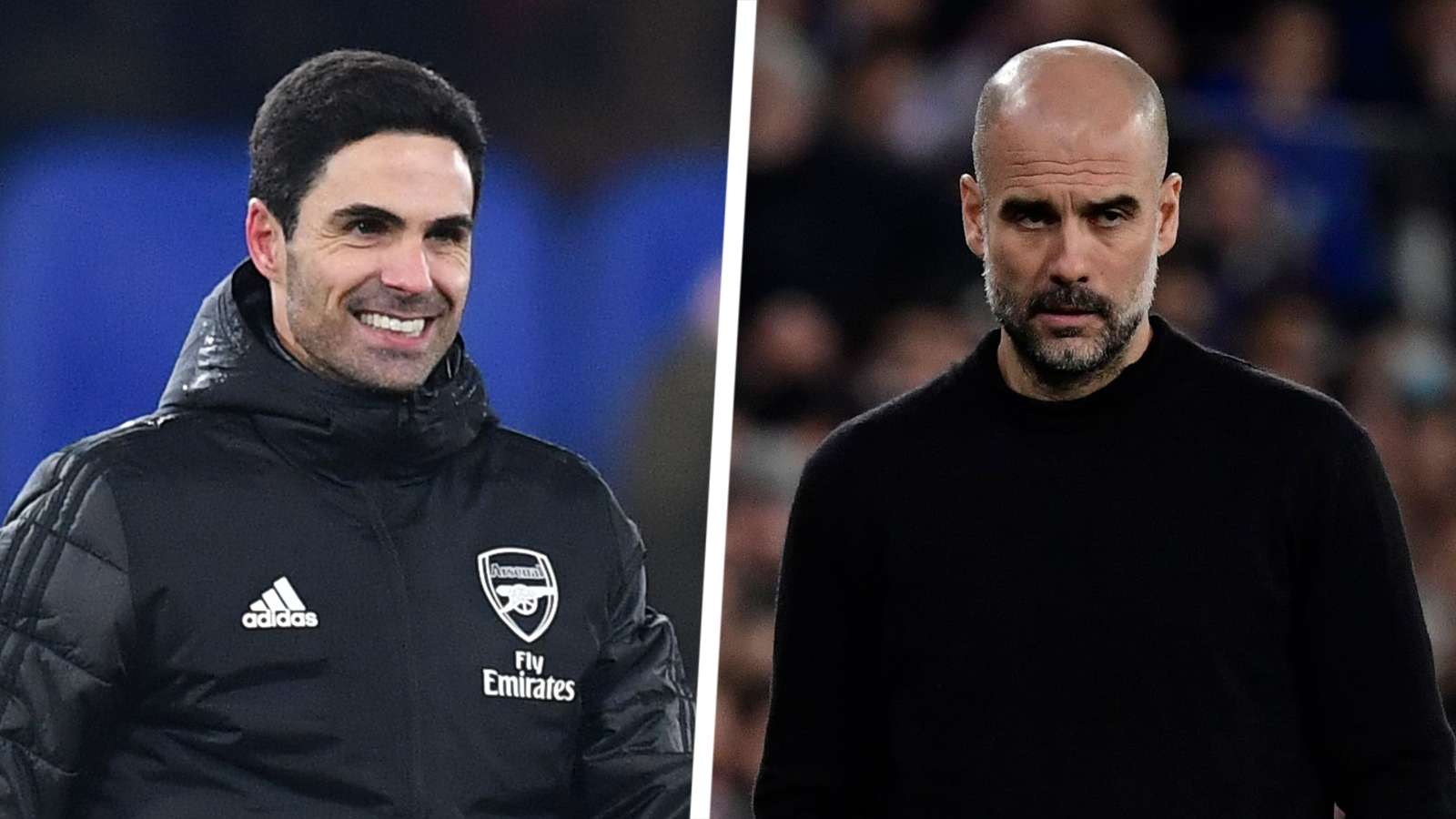 Mikel Arteta was in tears when he said his final goodbyes at Manchester City’s training ground just before Christmas last year.

The Spaniard may have only been part of Pep Guardiola’s coaching staff for three years, but during that time he had established himself a vital cog in City’s domestic dominance.

Guardiola trusted him implicitly and City’s players believed in him, with the likes of Raheem Sterling and Leroy Sane giving him the credit for some of the improvements they had made to their game.

But when Arsenal came knocking, it was a call Arteta could notignore.

Despite his affection for City and his watertight relationship with Guardiola and the players, the lure of a return to north London was too strong.

“He loves Arsenal,” admitted Guardiola. “He was there many years. It was a dream from day one to go back there, this challenge came and he had to take it.”

Now six months on, Arteta will return to the Etihad for the first time since his departure when his Arsenal side resume their Premier League season with a game against the reigning champions.

For Arteta, it will be an emotional evening and an opportunity to show how much progress he has made with the Gunners, both before the coronavirus-enforced lockdown and in the time he has had with his players since they have returned to training.

For City, however, it could be indicator of exactly what they lost when the 38-year-old decided to head south to the capital once again.

“It's going to be a very special night, I am very excited to get back there,” said Arsenal’s head coach. “I have some fantastic memories, a lot of friends, a lot of people that I like.

“But obviously now I am in a different position, another bench and I will defend my club as well as I can.”

When Arteta called time on his playing career in 2016 he had coaching offers from three clubs on the table.

He could have stayed at Arsenal, where he had spent the previous five years as a player, or he could have moved across north London to link up with his friend Mauricio Pochettino at Tottenham.

But there was also an offer from Guardiola, who Arteta had known since he was a 15-year-old at Barcelona, to join him at Manchester City.

Ultimatelyit was Guardiola who won the race, and for the next three years he and Arteta worked closely to help take City to the summit of English football.

And while it was the two-time Champions League winner who took all the plaudits for that success, the key role that Arteta played was certainly not overlooked behind the scenes at the Etihad.

From the moment he joined City’s coaching staff, they knew Artetawould go on to become a top coach on his own, and now he is in the early stages of doing exactly that at Arsenal.

Arteta had chances to leave City way before he eventually agreed to replace Unai Emery at Emirates Stadium, but each time an opportunity arose he decided to bide his time and stay at the Etihad.

Working under Guardiola “is like getting a master’s degree in coaching”, one source told Goal - something Arteta himself was acutely aware of, which is why he was in no rush to leave,

“The first one is his values as a person, that stands in front of everything,” Arteta said when asked what makes Guardiola so special. “The way he treats the players,the way he treats people, the way he looks after the football club when he is there, that's the first one.

“The second oneis the clear ideas he has, how he is going to implement them and the plan he puts together to do that.

“And after because he is braver than any other manager and wants to take more risks and wants to play the way he wants and it does not matter what, he will maintain that line."

Those are the traits that Arteta is now trying to bring to Arsenal.

Although he says it would be a "bad thing"to just copy Guardiola’s philosophy outright, there is no doubt that Arteta is using things he learned from his mentor to bring about a change of culture in north London.

As soon as he was appointed, Arteta made it clear that his way was "non-negotiable". That was the message he sent out to the fans, the media and most importantly the players.

Some have fallen below those standards. Prior to the shutdown, both Dani Ceballos and Matteo Guendouzi found themselves out of the squad at timesdue to their approach to training, but both were brought back into the fold having found out Arteta wasnot someone to be taken lightly.

In just six months, he has built a strong relationship with his players. A squad that was disillusioned and bored under Emery has been reinvigorated, which will be no surprise to anyone at City.

His personal touch was always well received in Manchester, his enthusiasm and his understanding of the game earned him big respect. It isalready a similar story at Arsenal, and that was starting to show in terms of results on the pitch before football in this country was brought to a shuddering halt when it was revealed in March that Arteta had tested positive for Covid-19.

"We tried to change the energy that we had around the place, even our stadium with the players and with the staff as well and I was very positive in the way that we were developing things.

"Obviously, we had a big turning point with the coronavirus and being away from each other for three months, but we've been trying to keep going in our direction, being close in contact and communication with our players and our staff and I think we are in a really good position to move forward.

"We have some uncertainties that we cannot control and we do not know how the players are going to respond now, playing every three days after three months off, but most of the clubs are in the same position so we will try to adapt and to make the most out of it.

"We don't try to find any excuses. We'll go for it and enjoy it because I think we've all missedfootball so much that we're all desperate to get back playing."

The Gunners head to Manchester Cityas the only unbeaten Premier League side in 2020. They have won their last three league games in a row and victory at the Etihad could move them to within two points of fifth-place, depending on Sheffield United's result at Aston Villa earlier in the day.

Since Arteta was appointed, Arsenal have taken 17 points from 10 games. A win against City would mean only champions-elect Liverpool would have amassed more points in the same period of time.

“What Mikel is trying to build is something big and I really believe in his philosophy. He has tried to help us and give us the direction and how to live life, how to be inside the club and for me, this is so important to have.”

That philosophy Luiz talks about out is one that has been honed under Guardiola since 2016.

Arteta is now making his own way in the coaching world and although his apprenticeship with Guardiola is over, it will continue to shape his vision at Arsenal for years to come.